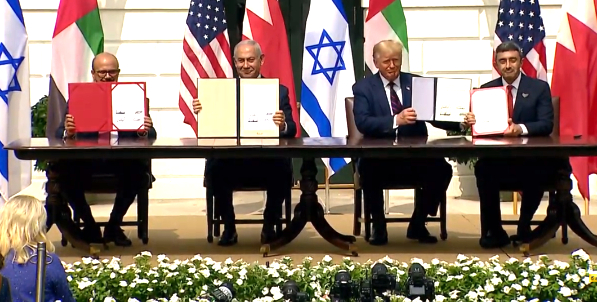 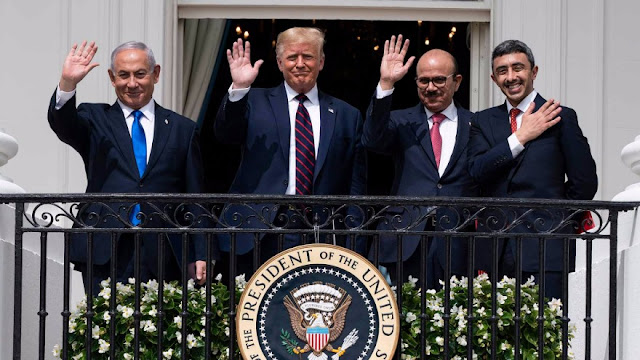 "We're here this afternoon to change the course of history. After decades of division and conflict, we mark the dawn of a new Middle East," Trump said. "Today’s signing sets history on a new course and there will be more countries to follow these great leaders." 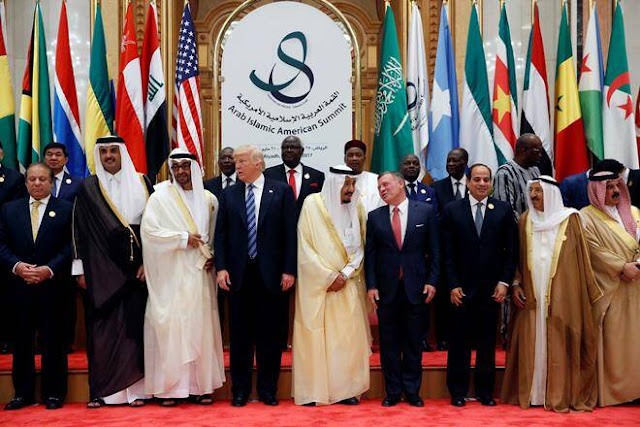 “On my first foreign trip as President, I had the honor of addressing the leaders of more than 54 Arab and Muslim nations in Saudi Arabia. My message that day was very simple: I urged the nations of the Middle East to set aside their differences, unite against the common enemy of civilization, and work together toward the noble aims of security and prosperity," Trump continued. "Today the world sees that they’re choosing cooperation over conflict, friendship over enmity, prosperity over poverty, and hope over despair. They are choosing a future in which Arabs and Israelis, Muslims, Jews, and Christians can live together, pray together, and dream together side-by-side in harmony, community, and peace.”

"This day is a pivot of history. It heralds a new dawn of peace," Netanyahu said. "For those who bear the wounds of war, cherish the blessings of peace."

"Peace requires courage and shaping the future requires knowledge. The advancement of nations requires sincerity and persistence. We have come today to tell the world that this our approach and that peace is our guiding principle," Al Nayan said.

"The declaration supporting peace between the Kingdom of Bahrain and the State of Israel is an historic step on the road to genuine and lasting peace, security, and prosperity across the region," Al-Zayani concluded.

Earlier today President Trump indicated as many as six additional countries will normalize relations with Israel in the coming weeks.