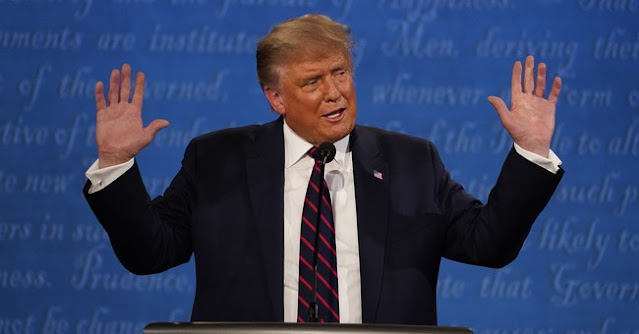 Sorry about letting this fall through the crack folks. We all know that the polling is looking nutty. I mean, Joe Biden is ahead of Donald Trump by 10-17 points in some of these laughable polls. You can’t be ahead by that much and be struggling in Miami-Dade County. You can’t be up that much and with some recent polls showing Trump and Biden are tied in Michigan. When Michael Moore is worried, noting the enthusiasm gap and the race tightening in his home state, you know the race isn’t a lock for Biden. The former VP has his work cut out for him in Pennsylvania as well. And what about the GOP samples. In some of these polls, the sample size is D+10. We’re not going to have that type of electorate in less than a month’s time.

Conservative radio host Rush Limbaugh zeroed-in on how these pollsters are picking their GOP samples. To no one’s shock, they’re skewing these surveys by overloading it with suburban Republican voters who are more hostile to Trump. And of course, they averse to sampling rural Republicans who are die-hard Trump supporters. In essence, the ‘R-split’ are pretty much soft Democrats at this point, as suburban voters are notoriously squishy with zero backbone.

Author Larry Schweikart had a thread as he listened to Limbaugh elaborate on what a pollster told him about how this funny business is working out from his September 28 broadcast. Why are they doing this? Well, Rush said it’s simple: the fake news press will provide all the cover.

At the time, Rasmussen Reports’ Twitter account responded, “Yet another AAPOR [American Association for Public Opinion Research] election flop autopsy whitewash report will be generated by next January - as in 2016-2017 - and it will receive somber coverage then promptly buried.”

Look, again, there’s no middle. Either the pollsters are right this time and we’re wrong or the opposite is true. If it’s the latter, Lord help us all, as it’ll be a 1980 election scenario, but one where Biden wins BIG. If not, it’s another Electoral College landslide for Trump, who will probably clinch over 300 EC votes again. We’ll see.