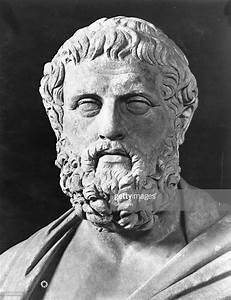 “Those who must lie to make themselves look good do so because they fear the truth.” (Sophocles)

During presidential elections, the vote of Black Americans who comprise 12.6 percent of the U.S. population as of 2010 becomes a major focus, with an emphasis on the Black-majority inner-city districts since election results are reported by districts.

All the voters who live in those suburbs and small metropolitan voting districts, including the 54 percent of Backs who are prospering, are unavoidably counted as white. This happens because voting is done in secret and voters do not register by race -- except in a few Southern states, such as Florida, as mandated by the 1965 Voting Rights Act.

There is no effective way to identify the Black voters who live in the suburbs and small metropolitan districts, so politicians routinely target the Black-majority inner-city districts. They seek the votes of those Black voters with a promise to fix the problems created by the failed socialist policies of the Democrats who run those impoverished districts. To avoid accountability, Democrats use emotional appeals and blame the problems they’ve created on a phantom -- “systemic racism.” Democrats then throw fuel on the emotional fire by claiming that conservative Republicans are responsible for the “systemic racism.” Leftists control every major institution in America: mainstream media, academia, administrative government, Hollywood, and big tech. So, if “systemic racism” really exists, whose fault is it? Blacks who vote for socialist Democrats when they have impoverished Back-majority inner-city districts are voting against their own best interest.

If Black Americans vote with their heads instead of their emotions, they will be winners along with the rest of America.

If they give in to the leftist identity agitprop that has spieled out of press rooms and from the socialist Democrats for decades, it will do more harm to Black America than the thrashing the allies gave to the axis at Normandy on “D Day” in 1944.

The 2020 presidential election is our “D Day”. Do we want socialism or capitalism?

Census data for 2019 revealed Black American employment was the highest in U.S. history under President Donald J. Trump. America had the longest period of economic growth since WWII. Yet, when the pandemic of coronavirus disease (COVID-19) that was first identified in Wuhan, Hubei, China in December 2019 hit America, the Democrats used it to destroy the economy, the Republican Party and President Trump. To insure a 2020 victory, they used Black Lives Matter (BLM) protests and Antifa riots that resulted in a billion dollars in property damage and lost lives to make the 2020 presidential election a referendum on American racism.

All Democrat operatives needed was someone to exploit for their mission. Fearing socialist Bernie Sanders would be a tough sell, they snatched former Vice President Joe Biden out of liberal limbo. They knew Biden told fables but he was just a fill-in candidate. They rounded up a platoon of leftist actors, street thug activists, media liberals, and rich global warmer scare mongers. Their plan all along was to run a woman of color with Biden and replace him with her after Election Day.

"You've got to know who your adversaries are.” (Kamala Harris)

A philosopher once said: “If we don’t know our history we can’t profit from our past mistakes.” Since the left made this campaign about race, and have lied about their civil rights history for decades, Biden was the perfect candidate to continue perpetrating their erroneous claims. And while Biden makes Pinocchio look like “Honest Abe” every day he speaks, the media has refused to challenge him.

The Detroit Free Press reported: “Biden’s problem is that he has presented inconsistent images of himself at different times and places." While campaigning in Alabama in 1973, Biden bragged of an award he had received from segregationist Democrat Governor George Wallace: "We (Delawareans) were on the South’s side in the Civil War." Does he sound like a guy who claims he was a hero for civil rights?

“By God, I’ve been there. I know from experience! And that’s the truth!” (Joe Biden)

Joe Biden worried in 1977 that certain de-segregation policies would cause his children to grow up “in a racial jungle.”

"Unless we do something about this, my children are going to grow up in a jungle, the jungle being a racial jungle with tensions having built so high that it is going to explode at some point." (Joe Biden)

Biden knew he could not win on his Senate record so he used the works of others to improve his image with voters. Biden not only fabricated a highly fraudulent civil rights portfolio, he plagiarized speeches from Britain’s Neil Kinnock, Hubert Humphrey, Robert Kennedy, and John F. Kennedy. He lied about receiving scholarships, and said he graduated in the top ten of his class in law school. Yet, he was in the bottom ten and was almost expelled for plagiarizing. He begged to be forgiven for cheating.

Six months into his campaign, Biden admitted he had “lied” and his campaign imploded. His staff had warned him to stop telling lies since it would be his Waterloo. They knew he never worked in the Civil Rights Movement; he was plagiarizing speeches and was lying about his education. But he had lied so much so often that he believed his lies himself and kept it up until he got caught.

When Biden accepted the nomination as vice president for then presidential candidate Barack Obama, you’d think this would be a watershed moment to expound on his fabled civil rights career. Wrong! He ran away from his phony civil rights resume during President Obama’s entire reign. The Democratic Party National Committee (DNC) did a biographical piece on Biden at the 2012 convention, but there was not a word about any civil rights work. When Obama gave Biden the Medal of Freedom, Obama made no reference to Biden’s phony civil rights resume.

While at a 2014 King Day event, Biden embellished his civil rights fables adding he was trained as a civil rights worker in 1960 on Sundays in the Black churches of the late Reverend Herrin and the late Pastor Maurice Moyer. But according to Delaware newspaper records, he met these revered civil rights workers years after the Civil Rights Movement. Biden continues to repeat this falsehood today.

The best source to separate Biden-fact from Biden-fiction is his autobiography, since publishers fact-check every word. Biden wrote that he was concerned about the Civil Rights Movement, but not an activist. He wrote also that he worked at a Black swimming pool in Wilmington, Delaware and felt involved in what they were feeling, but never went to a march. He conceded that he never went to Selma, or anywhere else to participate in civil rights activities.

”If you have a problem figuring out whether you’re for me or Trump, then you ain’t black.” (Joe Biden)

Preparing for his run for the presidency in 2020, Biden picked up where he left off in 1987. Since the Democratic Party has made this entire campaign about “race,” Biden again revved up his fable machine. Unlike 1987 when he was caught in multiple lies, he was confident he could say anything he wished and the media and the Democratic Party leadership would support him and never question a single lie.

Former Vice President Al Gore Jr said: “With the internet there is no excuse for ignorance.”  There are numerous videos from Biden’s first campaign through 2020 that show he fabricated his entire civil rights resume. Yet, since 1987 when he was caught lying about his academics and plagiarizing, he has been given a free pass by the liberal media. Biden lies freely every day, while Donald Trump is boiled in oil for every word he says.

“I made history. I was the only president impeached before I took office. (Donald Trump)

When Biden accepted his party’s nomination, he said: “This election is about character.” If this is true, why is Biden the nominee? Democrats have proven once again they don’t give a damn about “character”-- only winning. They need Biden to embed their lies into the heads of Black America that the Democrats will continue to save Black America from the fabled “white supremacist” Republican Party.

Democrats need to play the race card to win. They’ll continue to rewrite history, so Black Americans never know the facts. Blacks will remain unaware that Republicans fought to end slavery while Democrats fought to expand it. Blacks won’t know either that, after the Civil War, Republicans amended the Constitution to grant Blacks freedom (13th Amendment), citizenship (14th Amendment) and the right to vote (15th Amendment). They won’t know that Democrats enacted the discriminatory “Jim Crow” laws.

Blacks will not know that Republicans passed civil rights laws in the 1860s, including the Civil Rights Act of 1866 and the Reconstruction Act of 1867, designed to establish a new government system in the Democrat-controlled South, one that was fair to blacks. Nor will they know that after Democrats took control of Congress in 1892, they passed the Repeal Act of 1894 that overturned civil rights legislation, including the Civil Rights Acts of 1866 and 1875.

It will remain unknown to Black Americans that it took Republicans nearly six decades to finally achieve passage of civil rights legislation in the 1950s and 1960s. Lost in history will be the fact that Republican President Dwight Eisenhower pushed to pass the Civil Rights Act of 1957 and sent troops to Democrat-controlled Arkansas to desegregate schools.

Hidden from Blacks will be the facts that Democrat President John F. Kennedy voted against the 1957 Civil Rights Act while he was a senator, as did Democrat Senator Al Gore Sr. After he became president, Kennedy opposed to the 1963 March on Washington by Dr. Martin Luther King Jr. that was organized by A. Phillip Randolph, a Black Republican. President Kennedy, through his brother Attorney General Robert Kennedy, had Dr. King wiretapped and investigated by the FBI on suspicion of being a communist in order to undermine Dr. King.

Blacks will never know that it was Republican Senator Everett Dirksen of Illinois, not Democrat President Lyndon B. Johnson, who pushed through the 1964 Civil Rights Act.  Dirksen was instrumental to the passage of civil rights legislation in 1957, 1960, 1964, 1965 and 1968. Dirksen wrote the language for the 1965 Voting Rights Act. Dirksen also crafted the language for the Civil Rights Act of 1968 which prohibited discrimination in housing. The chief opponents of the 1964 Civil Rights Act were Democrat Senators Sam Ervin, Albert Gore Sr. and Robert Byrd, who was an official recruiter in the Ku Klux Klan who Biden praised at his funeral.

"These Negroes, they're getting pretty uppity these days and that's a problem for us since they've got something now they never had before, the political pull to back up their uppityness.  Now, we've got to do something about this; we've got to give them a little something, just enough to quiet them down, not enough to make a difference." (President Lyndon B. Johnson)

As author Michael Scheuer wrote, the Democratic Party is the party of the four S’s: slavery, secession, segregation and now socialism.

When Black Americans replace capitalism with socialism, they will be moved to the back of the economic bus forever.  Will we Americans -- black and white -- vote for Donald Trump and capitalism, or Joe Biden and socialism? A wrong decision will undo Black progress made under Trump and entrench Blacks further on the Democratic Party’s failed socialist economic plantation.

"I think the Democratic Party could stand a liberal George Wallace; someone who's not afraid to stand up and offend people; someone who wouldn't pander but will say what the American people know in their gut is right.” (Joe Biden)

Frances Presley Rice is a retired lawyer and US Army lieutenant colonel, author and civil rights activist for over 50 years. .She is dedicated to the restoration and preservation of the events which shaped the lives of Black Americans.