PANTS ON FIRE: Kamala Harris Lied About Abraham Lincoln and the Supreme Court 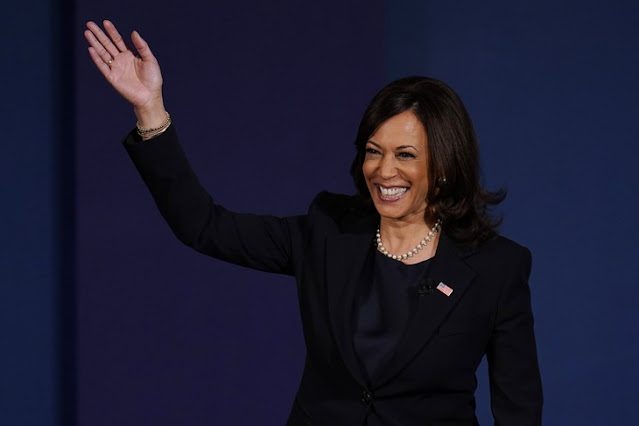 Kamala Harris must have been so proud of herself. During the vice-presidential debate on Wednesday, she argued that President Donald Trump should not have nominated Amy Coney Barrett to replace the late Supreme Court Justice Ruth Bader Ginsburg, and she cited as her precedent none other than Abraham Lincoln himself — “Honest Abe.”

As it turns out, however, Kamala Harris was being less than honest in her portrayal of Abraham Lincoln’s record.

“But Honest Abe said, ‘It’s not the right thing to do. The American people deserve to make the decision about who will be the next president of the United States and then that person can select who will serve for a lifetime on the highest court of our land.'”

Yet Lincoln said no such thing. In fact, the polarization of the Supreme Court is a fairly recent phenomenon, dating back to the living Constitution approach of activist judges amending the Constitution by fiat — “discovering” a right to abortion in the Fourteenth Amendment, for example. Before Roe v. Wade (1973), and really before Joe Biden led the smear campaign against Robert Bork in 1987, Supreme Court nominations often proceeded as a matter of course.

Harris was correct that when Supreme Court Chief Justice Roger B. Taney died on October 12, 1864, President Lincoln did not nominate his successor, Salmon P. Chase, until after the election. This had nothing to do with letting “the next president” choose the nominee, however.

As National Review‘s Dan McLaughlin explained, Lincoln delayed because the Senate was not in session when Taney died. In fact, the Senate session ended on July 4, 1864, and did not convene again until December 5, 1864. “It was once common for the Senate to be out of session for much of the summer and fall,” McLaughlin wrote. The Senate session calendar confirms this.

As McLaughlin noted, Lincoln nominated Chase on the very day that the Senate reconvened, and the Senate confirmed him that day.

In fact, historian David Donald claimed that Lincoln dangled a potential Supreme Court nomination before Chase in the hopes that Chase — a former senator, governor, secretary of the Treasury, and presidential candidate — would support Lincoln’s reelection. He did so, and the president won reelection—a reelection that was vital to winning the Civil War.

Lincoln did not delay the nomination out of some high democratic principle. He certainly did not do so in order to prevent President Donald Trump from nominating a successor to Ruth Bader Ginsburg 156 years hence. He did so because the Senate was out of session, and that may have worked to his benefit in corralling Chase to support his reelection.

Make no mistake: Kamala Harris twisted history on Lincoln and the Supreme Court — and she did so in order to dodge a far more pertinent question: whether she and Joe Biden support packing the Court, fundamentally changing the rules of the game to support the very “living Constitution” judicial activism that politicized the Court in the first place.

Biden: 'You'll Know My Opinion on Court-Packing When the Election Is Over' 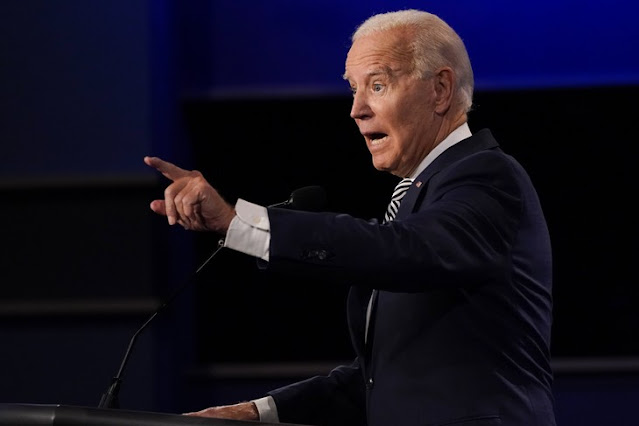 On Thursday, Democratic nominee Joe Biden explicitly said, “You’ll know my opinion on Court-packing when the election is over.” You have to elect him president to find out what kind of president he will be.

Democrats have openly discussed adding new justices to the Supreme Court if the Senate confirms President Donald Trump’s nominee, Amy Coney Barrett, and if Democrats retake the House, the Senate, and the White House in November. Journalists, President Donald Trump, and Vice President Mike Pence have pressed Biden and his running mate, Sen. Kamala Harris (D-Calif.) to state their positions on packing the Court.

Both have refused to answer.

Yet neither had been quite as brazen as Biden proved himself on Thursday.

“You’ll know my opinion on court-packing when the election is over,” the Democrat said. Then he repeated his rationale for dodging the question: “Now look, I know it’s a great question and I don’t blame you for asking. But you know the moment I answer that question, the headline in every one of your papers will be about that, other than focusing on what’s happening now.”

Yet by continually dodging the question and by insisting that it is a distraction when other Democrats are taking it seriously, Biden is only drawing more attention to the issue.

Biden should consider Court-packing utterly unpalatable. This move represents a way to change the rules of the game, and it would open a Pandora’s Box. If Biden adds three seats to the Supreme Court and nominates three new justices, what prevents a future Republican president and a Republican Congress from doing the same?

Trump’s push on originalism represents a way to stop activist judges from reinterpreting the Constitution to write left-wing policy into the document without Congress passing a law or a constitutional amendment. Now that Trump’s originalism is remaking the federal judiciary, Biden wants to keep Court-packing on the table in order to return to the leftist activist judiciary of the pre-Trump decades.

Biden isn’t responding to Trump’s politicizing of the Court — he’s signaling that he is willing to remake a fundamental American institution just to win a political game. That’s dangerous, and it’s a strong reason for Americans to reject him in November.