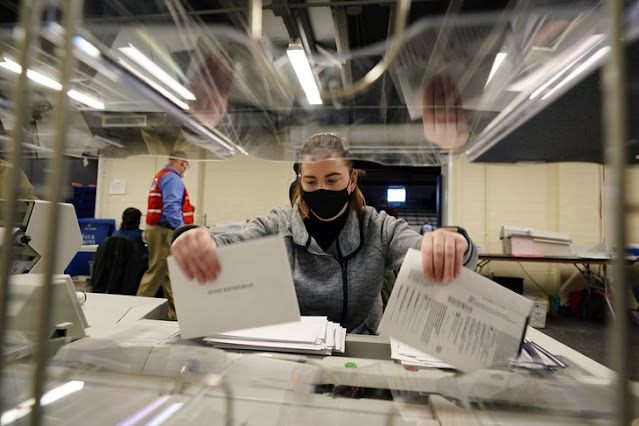 The House Republicans said that the issues that have been raised with the election have “undermined our elector process and as a result we can not accept certification of the results in statewide races.”

“It is absolutely imperative that we take these steps if we are to ensure public trust in our electoral system,” they said in a statement released Friday evening. “Faith in government begins with faith in the elections which select that government. Just as Pennsylvania led the founding of our nation, Pennsylvania should also lead the way by making sure our commonwealth continues to stand as a keystone in our nation where free and fair elections are of paramount concern, no matter the final outcome of those elections.”

House Democratic spokesman Bill Patton dismissed the Republicans’ efforts. “Rudy Giuliani and others brought a circus to Pennsylvania and this is like the crowded clown car going round and round at the end of the show,” he said. “Just a bit of ridiculous farce. The simple fact is the election’s over and Joe Biden is president-elect.”

The resolution notes, amongst other things, that “heavily Democrat counties permitted mail-in voters to cure ballot defects while heavily Republican counties followed the law and invalidated defective ballots;” that “in certain counties in the Commonwealth, watchers were not allowed to meaningfully observe the pre-canvassing and canvassing activities relating to absentee and mail-in ballots,” and “in other parts of the Commonwealth, watchers observed irregularities concerning the pre-canvassing and canvassing of absentee and mail-in ballots.”

It also states that “witnesses testifying before the Pennsylvania Senate Majority Policy Committee on November 25, 2020 have provided additional compelling information regarding the questionable nature of the administration of the 2020 General Election.”

The resolution declares that “the selection of presidential electors and other statewide electoral contests results in this Commonwealth is in dispute” and urges both Secretary of the Commonwealth Kathy Boockvar and Governor Wolf (both Democrats) to “withdraw or vacate the certification of presidential electors and to delay certification of results in other statewide electoral contests voted on at the 2020 General Election.”

The 1,126,940 votes were created out of thin air. I won Pennsylvania by a lot, perhaps more than anyone will ever know. The Pennsylvania votes were RIGGED. All other swing states also. The world is watching!

This was posted on our Department of State dashboard but had since been deleted. 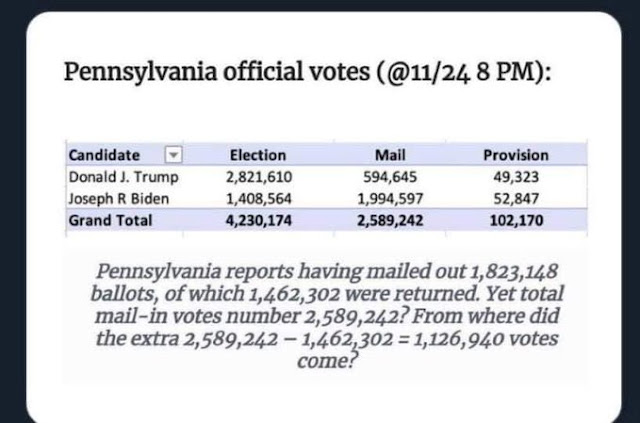 The entire resolution can be read here.