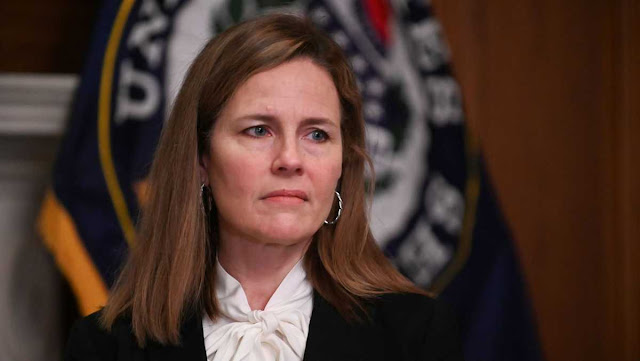 The vote was 5 to 4, with Chief Justice John G. Roberts Jr. and the court’s three liberal members in dissent. The order was the first in which the court’s newest member, Justice Amy Coney Barrett, played a decisive role.

In an unsigned opinion, the majority said Mr. Cuomo’s restrictions violated the First Amendment’s protection of the free exercise of religion.

“It is time — past time — to make plain that, while the pandemic poses many grave challenges, there is no world in which the Constitution tolerates color-coded executive edicts that reopen liquor stores and bike shops but shutter churches, synagogues, and mosques,” Justice Gorsuch wrote.

The court’s order addressed two applications: one filed by the Roman Catholic Diocese of Brooklyn, the other by two synagogues, an Orthodox Jewish organization and two individuals. The applications both said Mr. Cuomo’s restrictions violated constitutional protections for the free exercise of religion, and the one from the synagogues added that Mr. Cuomo had “singled out a particular religion for blame and retribution for an uptick in a societywide pandemic.”

This is a breath of fresh air since the Supreme Court had previously either upheld COVID restrictions on religious services or shot down the legal challenges brought before them. In those cases, Chief Justice John Roberts, who arguably is now the face of the Court’s liberal wing, was the one who delivered the death blow. In the Nevada case, SCOTUS upheld limitations concerning church attendance but was fine with movie theaters and casinos operating with a more cavalier capacity policy. It made no sense, and Justice Neil Gorsuch torched the entire premise in his dissent in just a single paragraph.  With Barrett on the Court, Roberts is now an irrelevant factor. We have a solid 5-4 majority now. Expect more good things with Justice Amy Coney Barrett in Ruth Bader Ginsburg’s seat.