Who says Clinton accomplished nothing in the Senate? 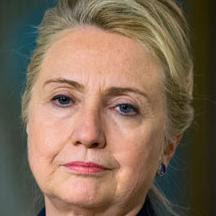 Dianne Feinstein came up empty when asked by the San Francisco Chronicle what Hillary Clinton accomplished during her time in the Senate. Feinstein couldn’t recall any “bills [Clinton] authored.” However, she noted that “there are things outside of bills that you can do.”


There are, indeed. A reader directs my attention to three such things Clinton did in the Senate.


First, she voted to authorize invasion of Iraq. Later, she said that her vote on this, the most momentous issue to come before her in the Senate, was a mistake.


Second, she opposed the successful Iraq surge. According to Robert Gates, Clinton later said she voted against the surge for a political reason — namely, that she was going to face Barack Obama, an opponent of the surge, in the Iowa caucuses.


Third, when General Petraeus testified on the progress being made against al Qaeda in Iraq thanks to the surge, Clinton told him that his progress report required “a willing suspension of disbelief.” In other words, she accused Petraeus of lying.


In fact, as the New York Times pointed out the time, Clinton’s “reaction to the cautious optimism of America’s top general in Iraq [was] a pivot away from the position she took last month, when she conceded that American forces had achieved some security gains in Iraq, particularly in the Anbar province.” However, Clinton “later backed away from those remarks after coming under fire from rival presidential campaigns and anti-war Democrats.”


So don’t let anyone tell you Clinton did nothing of note in the Senate. Basing one’s votes on issues of war, peace, and national security on political considerations isn’t nothing.
Posted by Frances Rice at 10:08 AM