By Day Gardner, President of the National Black Pro-Life Union 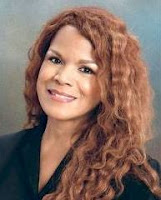 I have been involved in the pro-life movement for more than 15 years. This is the very first time I have ever felt moved to endorse a presidential candidate.
I, like all of America have been watching with amazement this spectacle unfold.
I was amazed and for a while baffled at the way in which the GOP and establishment conservatives started bashing and trashing Donald J. Trump, a man who has been leading in the polls from the very beginning and has millions and millions of staunch supporters.
Why would they do that?  The answer came back to me that it was fear of the unknown and of the untried.
The GOP elite and establishment conservatives also fear that with President Trump they won’t be able to cast their lines into ponds of their choosing—they also fear that they can’t reel that line in whenever they want to.  The thing is, with TRUMP, they don’t even have a pole!  We the people are the pole and the line is attached from him directly to us.  What a concept.
We all know that America is in deep trouble -- but we have come to an impasse.
We are expected to sit back and do the same old thing, the same old way, by voting for the same old establishment politicians.  They smile in our faces while patting each other on the back for successfully tricking us one more time - one more political season.
Make no mistake I believe without Trump, Hillary Clinton will win.
WITHOUT President Trump, we will be stuck with the status quo.
Life will go on with fewer and fewer good jobs because the biggest job producers and providers will move to other countries.  Without jobs crime will continue to billow especially in cities with impoverished neighborhoods.
Our National debt will continue to grow to oblivion just as it has been.
Millions more illegal aliens will pour across our borders expecting and getting shelter, education and healthcare – while many American citizens not only struggle for those very same things but many times -- and maybe even most times do without.
Without Trump, we will end up with the most liberal Supreme Court in our Nation’s history.
Without Trump, the same old establishment politicians will continue to be overly nice to foreign countries that not only hate us -- but seek to destroy everything America the beautiful stands for.
Without Trump, we will be facing the same problems that Germany, Brussels, Hungary and other host countries are forced to deal with because establishment politicians are afraid to stand up to our enemies in the Middle East.


Without Trump, life will be business as usual -- and we will continue to spiral down into an abyss from which we will never recover.   Our America will be even more unrecognizable:  America the disrespected, America the downtrodden, America the aborted, America the perverted…America the ugly.
With Donald J. Trump as President we can make America great again.  We need to stand with him, to forgo the onslaught of political correctness that spawns a populace of cowards and liars.
Donald Trump loves America and has the courage to say what needs to be said about radical Islam.  He also has the courage to follow through with policies to protect America. We must not -- compromise our morals, our values or our beliefs in order to be liked by others.
Mr. Trump is an extremely successful businessman who will bring decades of real experience to the presidency.  Donald J. Trump is also a powerful voice for each and every one of us.  He hears the small quiet voices of our veterans and every day people, he hears the voices of unborn children, he hears your voice, he hears my voice- and I, along with millions and millions of other Americans -- hear his.
Today, I firmly stand with Donald J. Trump to endorse him to be the next President of the
http://www.christiannewswire.com/news/2988477665.html
Posted by Frances Rice at 12:09 PM