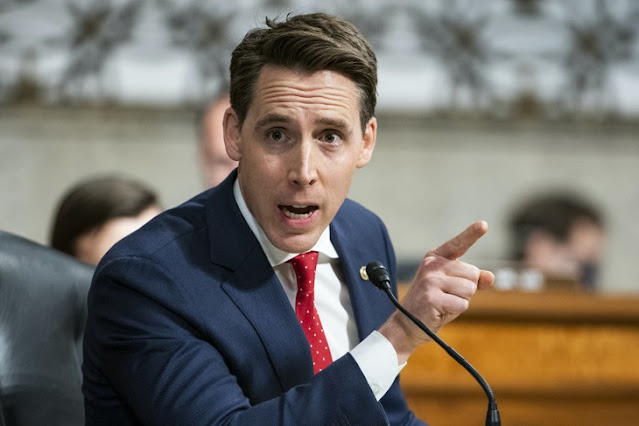 Sen. Josh Hawley said on Wednesday that he will object during Congress’s counting of the Electoral College vote on Jan. 6, becoming the first GOP senator to back the effort by House conservatives. Photo by Jim Lo Scalzo/Pool via AP

The decision by Hawley would ensure a debate and vote in the House and Senate on the Electoral College results.

“I cannot vote to certify the electoral college results on January 6 without raising the fact that some states, particularly Pennsylvania, failed to follow their own state election laws,” Hawley said in a statement.

“And I cannot vote to certify without pointing out the unprecedented effort of mega-corporations, including Facebook and Twitter, to interfere in this election, in support of Joe Biden. At the very least, Congress should investigate allegations of voter fraud and adopt measures to secure the integrity of our elections. But Congress has so far failed to act,” Hawley added.

Hawley’s decision comes as a group of House conservatives, led by Rep. Mo Brooks, have pledged to overturn the results of the election on Jan. 6 by objecting to the Electoral College results.

In order to force a debate and a vote on their objection to a state’s results they need a senator to also object—something they didn’t have before Hawley’s announcement on Wednesday.

It will be the third time Congress has had to debate an objection since 1887, according to the Congressional Research Service.

This fight is FAR from over! Keep the faith.