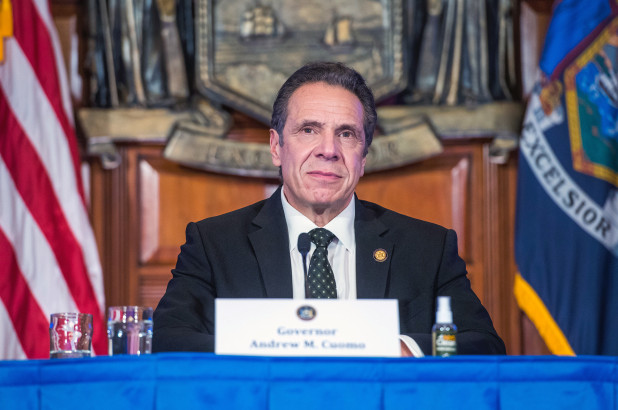 As the wheels are coming off of the Cuomo administration’s COVID coverup machine, fed-up Democratic lawmakers are joining their GOP colleagues in looking to hold Gov. Cuomo accountable.

On Friday, 14 Democratic state senators demanded the revocation of Cuomo’s emergency powers, while their GOP colleagues called for a special session to immediately strip him of those broad emergency powers. Both sides of the aisle look to be of one accord: Enough is enough.

“While the executive’s authority to issue directives is due to expire on April 30, we urge the Senate to advance and adopt repeal as expeditiously as possible,” wrote the Gang of 14. Majority Leader Andrea Stewart-Cousins said of the now-admitted Team Cuomo coverup, “Crucial information should never be withheld from entities that are empowered to pursue oversight.”

Earlier in the week, the state Senate Health Committee moved several bills to increase accountability and oversight of New York’s nursing-home industry. Until now, despite 15,000 care-home COVID deaths, Democrats had held off from calling out the failures of Cuomo and Health Commissioner Dr. Howard Zucker.

State Attorney General Letitia James’ scathing report on Team Cuomo’s actions was one key step toward the rebellion. Then top Cuomo aide Melissa DeRosa’s confession of the long coverup broke the dam; one Democratic lawmaker said of the DeRosa conference call, “The wheels are starting to fall off.”

Democratic lawmakers shouldn’t buy Team Cuomo’s claim that fears of a federal probe by the Trump Justice Department were the reason for withholding damning info. As Bill Hammond writes for The Post, Zucker started hiding the truth months earlier.

Democratic and Republican legislators have been on separate tracks when it comes to probing this scandal, with GOP lawmakers howling and Dems reluctant to call out “their” governor. Democrats even thwarted Republican efforts to subpoena top Cuomo officials. State Sen. James Skoufis, chair of the Senate Investigations Committee, even muted the mic of his GOP colleague Tom O’Mara to quash a subpoena motion.

The virus kills Democrats, Republicans and independents without discrimination. This issue demands a nonpartisan approach, with no regard for damage control for the governor and his legislative allies.

Assemblyman Ron Kim (D-Queens), who lost an uncle to the virus, has sought bipartisan support for his measure creating a nonpartisan commission to investigate the nursing-home fiasco and to hold the Cuomo administration accountable. That measure is a start — and it looks like Kim’s Democratic colleagues are warming to the idea.