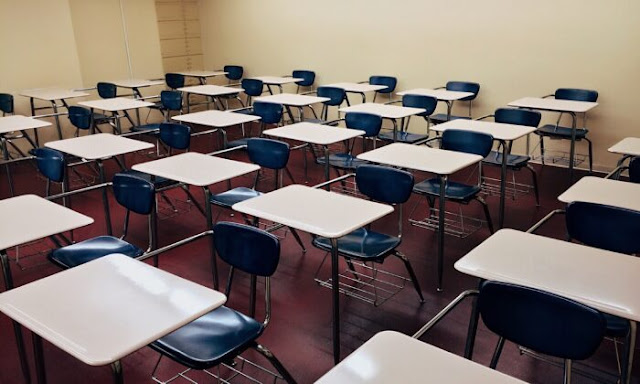 Stock photo of a classroom. (Pexels)

A Massachusetts high school football coach claims in a First Amendment lawsuit that he was fired for raising concerns with elements of critical race theory in his daughter’s 7th grade history class.

David Flynn, who has been heading the football program at Dedham High School since 2011, sued the district and school leadership, alleging that he was removed from his position in retaliation for expressing political disagreements.

According to Judicial Watch, a conservative legal organization that filed the lawsuit on behalf of Flynn, those political disagreements became an issue when Flynn and his wife emailed a list of concerns about their daughter’s world geography and ancient history class to members of the Dedham School Committee.

Their concerns include, among others, a history teacher using an avatar of herself wearing a Black Lives Matter T-shirt for her online classroom, and class assignments instructing students to identify police officers as a “risk” to black people and black males as a “risk” to white people. The couple eventually removed their two children from the school district and sent them to a nearby Catholic school in October.

“The instruction their daughter was receiving in ‘World Geography and Ancient History I’ was unrelated to the ancient history and world geography subjects described on the Dedham Public Schools website,” the lawsuit (pdf) alleges. “Instead, the instruction concerned issues of race, gender, stereotypes, prejudices, discrimination, and politics.”

In January, Flynn was called to a meeting, where the district superintendent handed him a copy of one of the emails he sent to the committee members, and told him that the district had decided to not renew his football coach contract. In a statement released shortly after the meeting, the district and school officials said Flynn was fired because he “expressed significant philosophical differences with the direction, goals, and values of the school district.”

“As a district, we actively try to encourage our staff and students to give constructive voice to their opinions, but must also ensure we stay true to our overarching mission and vision for the district,” the statement read.

Supporters of Flynn, including parents, past and current students, and football players, have protested against the decision. A former football player at Dedham High told local ABC affiliate WCVB that the coach was very well-liked among students.

“Coach Flynn is an awesome guy and we’re all devastated that they fired him,” the student said during a demonstration calling for Flynn’s reinstatement.

Tom Fitton, the president of Judicial Watch, said in a statement that the firing of Flynn is a manifestation of “cancel culture.”

“Cancel culture has come to high school football,” said Fitton. “Coach Flynn was fired for exercising his constitutional rights to object as a citizen and father to an extremist and racially inflammatory school curriculum in his child’s history class.”