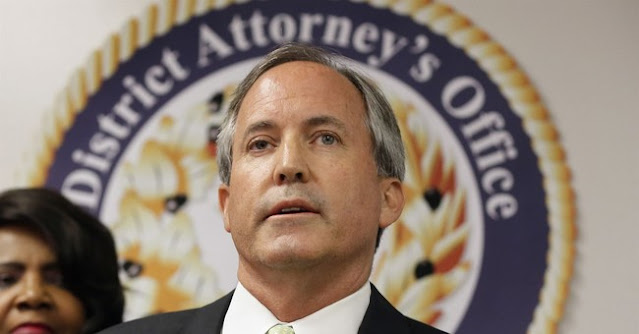 Texas Attorney General Ken Paxton (R) on Friday filed a lawsuit against the Biden administration for one of the president's first executive orders, which halts all deportations of illegal aliens during his first 100 days in office. According to Paxton, the freeze violates the Constitution and is a violation of federal immigration and administrative law as well as an agreement between the State of Texas and the Department of Homeland Security.

“In one of its first of dozens of steps that harm Texas and the nation as a whole, the Biden administration directed DHS to violate federal immigration law and breach an agreement to consult and cooperate with Texas on that law. Our state defends the largest section of the southern border in the nation. Failure to properly enforce the law will directly and immediately endanger our citizens and law enforcement personnel,” the attorney general said in a statement. “DHS itself has previously acknowledged that such a freeze on deportations will cause concrete injuries to Texas. I am confident that these unlawful and perilous actions cannot stand. The rule of law and security of our citizens must prevail.”

According to the lawsuit, the halt on deportations could create a bigger issue, with DHS deciding to extend the halt, which Paxton says would "effectively grant a blanket amnesty to illegal aliens that Congress has refused to pass time and time again."

The deportation halt ignores the recent agreement Texas and DHS finalized earlier this month that would require the federal agency to provide the state with 180-days notice before making any changes to immigration and enforcement policies and practices.

Biden's immigration halt has already drawn an increase in illegal border crossings. Caravans are starting up again in Central America. One illegal alien even admitted that Biden gave them 100 days to get into the United States.