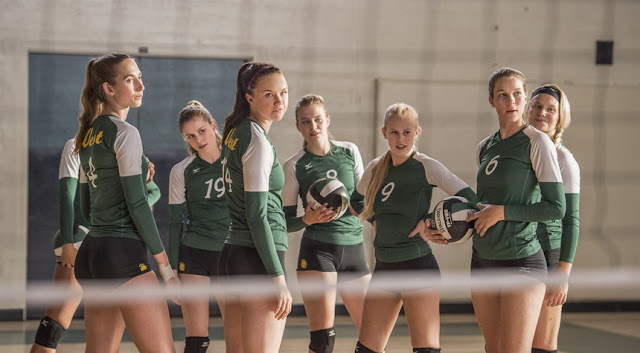 A female high school volleyball player in North Carolina recently suffered severe injuries to her head and neck after a biological male opponent hard-spiked a ball at an alleged 70 mph into her face.

As The Blaze reported earlier this month, Hiwassee Dam High School competed against Highlands High School in a girls’ volleyball tournament. During the game, an unnamed biological male playing for Highlands spiked a ball over the net and hit an unnamed Hiwassee Dam player directly in the face.

For any serious person, it’s been abundantly clear that allowing transgender athletes (biological males) to compete against biological females can cause safety issues in girls’ sports.

The vast biological differences between biological males and females creates [sic] any number of problems, whether through competitive fairness or in the case of a North Carolina volleyball match, severe injury.

The Blaze reported on a local story out of Cherokee County, North Carolina, where a transgender player spiked a ball so forcefully that it caused “severe injuries” to a young girl’s head and neck.

There’s low-quality video of the incident, which shows the female volleyball player getting hit and collapsing, and then staying down for a substantial amount of time.

Did the guy intentionally hit the girl?

The girl is still said to be experiencing long-term concussion symptoms, including vision problems, and has not been cleared to return to play, either by a physician or a neurologist. As a result of the girl’s injuries, the Cherokee County Board of Education voted 5-1 to cancel all future volleyball games against Highlands High School, citing a “safety issue.”

Outkick founder, radio show host, and Fox News contributor Clay Travis tweeted about the devastating injury to the girl — an injury that should never have happened.

A male volleyball player who identified as a woman spiked the volleyball so hard into a girl’s face that she required medical treatment for a concussion and still hasn’t been cleared to return to play. Another proud moment in “women’s” athletics.

As noted by The Blaze, a long-serving coach allegedly persuaded at least one board member to vote in favor of canceling the games. Cherokee board member Joe Wood said: “A coach of 40 years said they’d never seen a hit like this. That was really what sealed the decision, at least on my part.”

Fellow board member Jeff Tatham estimated the ball was traveling 70 mph when it struck the girl’s face.

I don’t know if that’s faster than normal, but it seemed like it was coming off very fast, abnormally, especially fast. It not only hit her in the face, then the ball came off of her face with enough force to then go back through the net.

When is enough, enough? As I said, it’s time to end the “progressive” insanity before someone is killed.

Destroying the athletic dreams of young girls by forcing them to compete in games and tournaments against biological males pretending to be females is bad enough. Destroying a young girl’s health — or worse — is unforgivable. Makes a mockery out of inclusivity, doesn’t it? 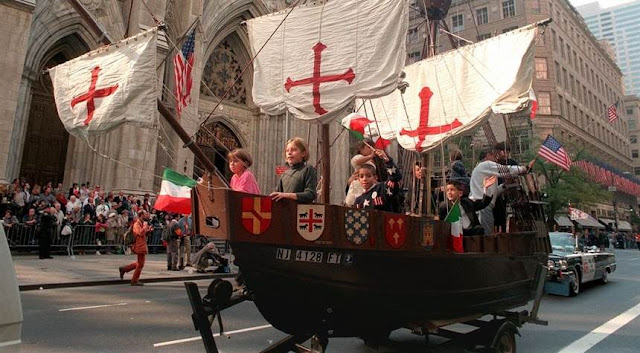 Did you celebrate Columbus Day? The University of Virginia (UVA) didn’t. Rather, the school came up with something more worthy of heralding than an explorer’s discovery of a New World.

This year, UVA traded Columbus Day for “Indigenous People’s Day.” Beyond that, the school championed a gay/bisexual/transgender slant on the holiday.

Join us in celebrating all week, not only recognizing the struggles and impacts of colonialism on indigenous communities, but also honoring and celebrating the rich breadth of cultures, histories, accomplishments, and resilience of native and indigenous peoples!

Schools — like, seemingly, all other institutions — have quickly adopted woke language. Consider “impacts,” the pluralization of a word that was never in need of pluralizing, which has become a hallmark of virtuous optics. Also, curiously, “Indigenous People’s Day” does not, in fact, celebrate people who are indigenous. Experts believe the ancestors of American Indians came from Asia via the Bering Strait. Hence, American Indians, as with all others living in the United States, arrived here by way of migration. Additionally, therefore, American Indians are no more “native” than any other American.

Nonetheless, wokeness has its code, and code-talking appears all the rage.

Curiously, though “two-spirit” is frequently hailed as evidence transgenderism existed long ago, the term was coined fewer than 30 years ago.

Back in 1993, [lesbian Beverly Little Thunder] and other LGBTQ+ Native American advocates met in Chicago to discuss the creation of the first book by and for LGBTQ+ Native Americans. At the time, anthropologists were using the word “berdache” to describe Native people who did not adhere to Western gender and sexual norms, which translates to boy prostitute in Prussian. In an effort to institute their own term, the intertribal group shared teachings from their different cultures.

They arrived at “two-spirit” because “in many tribes if you are a two-spirit person, you embody both the masculine and the feminine,” Little Thunder explained.

Concerning the aforementioned Land Acknowledgements, they do indeed impress as meaningless tokens. Who in the world would apologize for stealing something while simultaneously refusing to return it? These people:

Cornell University Announces It’s on Stolen Land During Commencement, Doesn’t Commence to Giving It Back

American Medical Association Wokes Up, Cancels Terms Such as ‘Morbidly Obese’ and ‘Inmates’

UVA’s Columbus Day update serves as a symbol of social evolution. In times past, patriotism was arguably considered the greatest American good. These days, it’s been replaced by counter-cultural promotion and sexual ideology. Purportedly, Columbus wasn’t so great — but had he checked some preferred identity boxes, he might’ve made it into the University of Virginia’s contemporary commemoration. 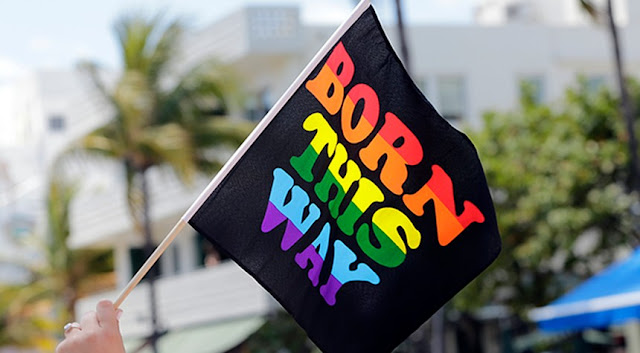 Language is evolving, and an excellent example of that fact was recently provided by the Daily Mail.

It was part of the one-off return of the popular 80s standup show, originally called Saturday Live, which Channel 4 aired as part of its 40th birthday celebrations.

In keeping with the birthday theme, Jordan had prepared a special suit. On Twitter, the artist tweeted ominously:

Jordan’s made history before, having appeared on American singing talent show The Voice in 2016. It was the first time a biological male identifying as a woman had made the cut.

“I haven’t had a Yorkie bar in five years,” she said at the start of her set, in a reference to the chocolate brand’s former slogan “It’s not for girls.”

She opened the song with the lyric: “I look out in the faces in this room, and wish that I could crawl back in the womb. And start again, against God’s plans, with different glands and smaller hands.”

The dark curly-haired comedian added: “I wish the world could finally understand: I’m more than just a female Russell Brand.”

She then launched into the comedic song referencing the Chuckle Brothers’ “To Me to You” skit before saying, “Now back to me — this song’s about me.”

The song [moved] into her own version of Do-Re-Mi and increasingly intense keyboard playing.

As revealed by online video, Jordan subsequently shouted into the mic, “You know, the best thing about live TV is I can do stupid stuff like this.”

The singer suddenly leapt to stage left and ripped off that one-piece pink suit. The crowd went wild as Jordan bounced around completely naked.

Per media coverage, the full-frontal assault was a hit — even though it was also a flop.

Jordan’s junky jumperless jumping was newsworthy in and of itself; but the Daily Mail’s coverage, it may be said, is what sticks out.

From the tabloid’s summary:

After dancing around stage the naked comedian returns to the keyboard, shouting, “See you Friday at the London Palladium, b*****s,” and briefly [played] a few keys with her penis.

For many years, “her penis” might’ve been filed similarly to that of Theatre of the Absurd’s Up the Down Staircase or The Bald Soprano. But in just a short time, gender ideology has replaced our iron-clad biological understanding of old.

The mixing of sex distinctions and body parts is now mainstream:

Professor Claims There Are Two Sexes, All but One of Her Graduate Students Walk Out

And if “both” isn’t your bag, maybe you’ll go nuts for “neither”:

Not so long ago, the child in Hollywood hit Kindergarten Cop explained, “Boys have a penis; girls have a vagina.” These days, that’s said to be untrue — even in kindergarten.

Is the West headed for many more female penises? All arrows point to yes. Even so, surely millions hope that those womanly appendages — like their male-penis counterparts — will keep off the television.