IT WAS ALL STAGED! Pelosi Brought in Daughter, Camera Crew to US Capitol Before the Riot, Son-in-Law Was Set Up Outside to Film 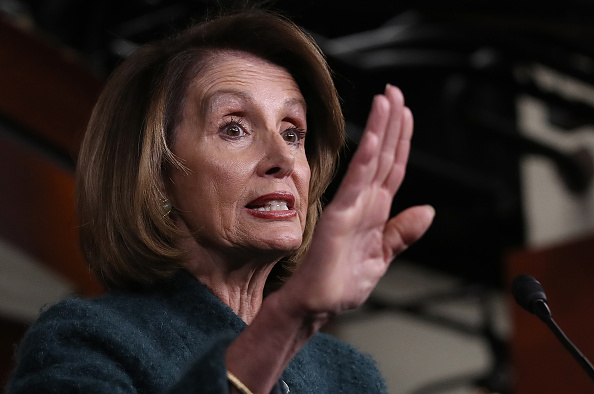 It was all a setup.

From Ray Epps – to opening the magnetic doors from the inside – to the dozens of fed operatives in the crowd – to Ginger Gun – to firing flash bombs and gas canisters on unsuspecting grandmas and seniors – to the mass arrests of hundreds of innocent Trump supporters who were waved into the US Capitol.

Now we have the proof that it was all a setup and the entire thing was filmed by a pre-staged camera crew.

On Thursday CNN released never-before-seen footage of Nancy Pelosi and Mitch McConnell inside the US Capitol on January 6, 2021 — the two people who refused to call in the National Guard prior to that day and during the rioting.

The footage was filmed by Nancy’s daughter Alexandra. Nancy’s son-in-law was outside filming the insurrection.

It was all staged.

Julie Kelly tweeted out the CNN production on Thursday night.

Holy shit they're actually admitting it was all staged.

On CNN @andersoncooper says he’ll show nearly all of what Alexandra Pelosi documented on Jan 6th about 40 minutes.

@julie_kelly
Also notable: This is the first time "off limits" Nancy Pelosi, the official primarily responsible for protecting the Capitol, has made a cameo during a J6 committee performance.

SJM
@sjm1775
Alexandra Pelosi is the daughter of Nancy Pelosi and a film maker. She made a documentary about the Bush 2000 presidential campaign; she has other works under her belt. Why would Pelosi have her film maker daughter on that day in the Capitol?
---
@BarryIsaacb91
They actually had video cameras in the secure locations?

this just keeps getting better and better.
@SpeakerPelosi
didn’t have time to secure the Capital prior to January 6th but she had time to set up a made for TV event. Unbelievable.
---
Mrs Malindo
@Malindo
Now we know why they won't release the 14,000 hours of unfiltered surveillance video. They already have their own version.
----------------------

The entire “insurrection” was planned and staged.

These people truly are demons. 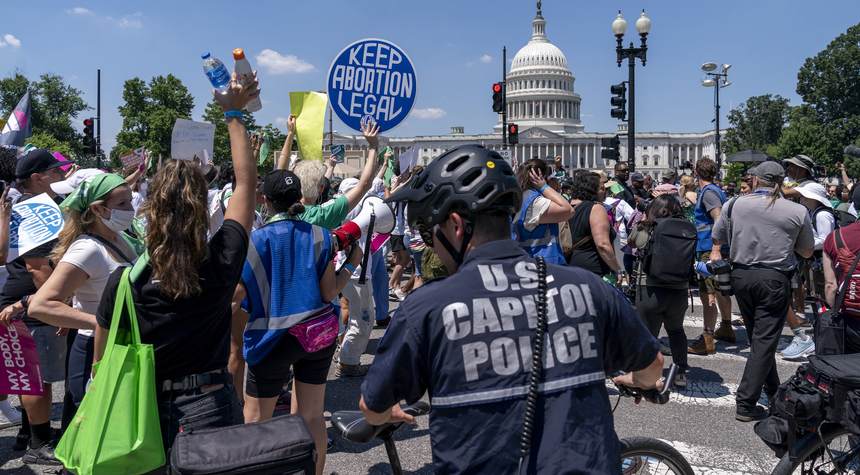 The latest of the hundreds of people being prosecuted for participating in the Capitol Hill riot on January 6 of last year has been sentenced. Of course, as we will discuss below, Richard Michetti of Pennsylvania didn’t even participate in any of the activities that would normally qualify as “rioting,” and was instead guilty of trespassing. But in the process of doing that, he “yelled” at some of the Capitol Hill Police. Oh, and he “pinched the sleeve” of one officer briefly. For this, he was given a sentence of nine months in federal prison followed by two years of supervised release. (NBC News)

A Jan. 6 rioter turned in by his ex after he called her a “moron” because she didn’t believe Donald Trump’s lies about the 2020 election was sentenced to nine months in federal prison on Tuesday.

Richard Michetti of Pennsylvania pleaded guilty to a felony count of obstruction of an official proceeding back in May. He admitted that he went inside the U.S. Capitol on Jan. 6 and yelled “we feed your family,” “you are just taking orders,” and “we pay you” at officers, that he “gesticulated at the officers and at one point briefly pinched the sleeve of one officer,” and also told officers they were “starting a civil war.”

Michetti was arrested in February after his ex-girlfriend gave his name to the FBI.

The court noted that Michetti “confronted” Capitol Hill Police officers and “gesticulated” at them. He yelled some things about the election being stolen and how Joe Biden’s election should not be certified. At one point he reportedly “briefly pinched the sleeve” of one of the officers.

Michetti was not accused of breaking the doors or windows of the building, nor was he accused of assaulting any of the officers. (Unless you want to make the case that “briefly pinching” someone’s sleeve is an “assault.”) He entered the building after the actual rioters broke in and walked around in the Old Senate Chamber hallway. He managed to get hit with pepper spray by the officers twice in the process, presumably for “yelling” and “gesticulating” in their vicinity.

The defendant’s participation in the riot was so lacking in notable activity that law enforcement seemed to be completely unaware that he’d been there. That changed when his girlfriend became angry after he called her a “moron” during a text exchange and she dropped a dime on him. That led to a single charge of “obstruction of an official proceeding” against him. They somehow convinced him to plead guilty to that charge in May.

Yet again, Richard Michetti was guilty of trespassing on the property of the Capitol Building, but that’s about it. And he was given more time in federal prison than the average carjacker in Chicago. Stephen Colbert’s film crew broke the very same law as Michetti and they were all released without bail and were never charged. If Marchetti had performed the exact same actions in any other location, he would have been let off with a warning at most.

Just yesterday I wrote about the perils of allowing the American public to lose faith in our public institutions, including law enforcement and the courts. But why would anyone paying attention to these trials not have their faith in the courts shaken? These proceedings represent an ongoing abuse of the court system to exact vengeance on political opponents of the current administration while ignoring the far more serious crimes of people from favored political and demographic groups. Anyone who can in any way be pointed to as being associated with or supportive of Donald Trump has a target on their back. And federal prosecutors and judges assigned to handle these cases are playing along with that dangerous game without remorse.

Prosecutors Identify Psychotic Police Captain Who Beat the Hell Out of Woman with Metal Baton Nearly to Death and Bashed Her in the Face on Jan. 6th 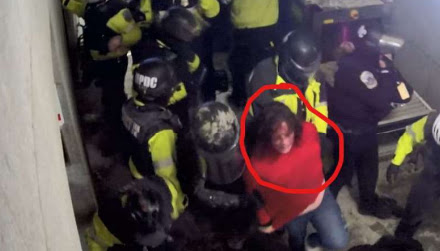 Victoria White from Rochester, Minnesota attended the Stop the Steal rally in Washington DC on January 6th. She was nearly killed by DC police officers during the rally. Victoria was later arrested and charged with assault on the US Capitol.

Victoria White was brutally beaten near death by the US Capitol Police.

According to attorney Joseph McBride:

She is hit approximately thirty- five times over the course of 4 minutes and 30 seconds, while appearing to be begging for mercy the entire time. She is hit with the baton while facing away. She is hit with the baton while facing forward. She is speared and poked with the baton about the face so as to inflict maximum pain. She collapses more than once and is stood up by the officers only to be maced and beaten again. At some point, White-shirt puts away his baton, not because he is showing mercy because he has a clear avenue to her face. As such, he unloads on the defenseless woman punching her five times in five seconds, directly in the face, with all of his might.

Her DOJ report is here.

Not once in the DOJ report do they describe the brutal pummeling she received at the hands of the Capitol Police officers.

The fact that they ignored the police brutality in their report is absolutely frightening.

It should be clear to any conservative in America today that you cannot trust the Department of Justice.

The fake news mainstream media has also refused to report on this brutal police beating in any of their reporting.

After the police officers beat Victoria with batons for several minutes and smashed her in the face with their fists, they put her in zip-tie handcuffs and paraded her through the US Capitol and into a police vehicle. 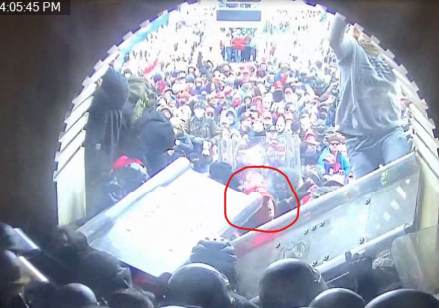 Victoria White is lucky to be alive today.

Two other female Trump supporters were not so lucky that day.

Recently prosecutors have identified the police supervisor who beat Victoria White nearly to death on January 6.

Metropolitan Police Department (MPD) commander Jason Bagshaw is the officer who brutally beat a female Trump supporter including bashing her several times in the face on January 6th.

The man is an animal.