USA Today poll: GOP getting 40% of the Hispanic vote and 21% of Black vote 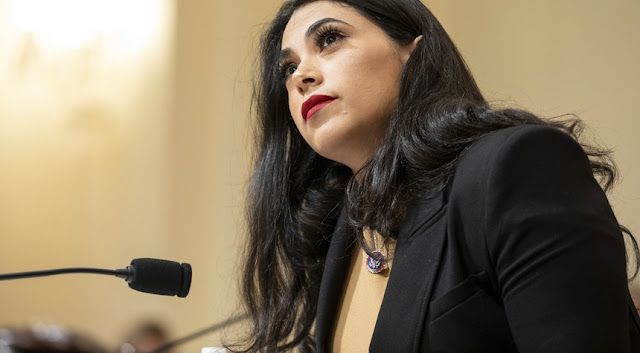 Hat tip to Jeff B who called this poll a sign of a “Biblical-level event” on Twitter. The whole poll is just bad news for Democrats, starting with the generic ballot numbers.

On a generic ballot, one naming parties but not individual candidates, those surveyed now support the Republican congressional candidate over the Democratic one by 49%-45%, a turnaround since the USA TODAY poll taken in July, when Democrats led 44%-40%. The findings stoke GOP hopes of gaining control of the House of Representatives in the Nov. 8 elections, and with that, new powers to confront the Democratic White House.

Democratic congressional candidates have held their support since the summer, ticking up 1 percentage point, but most of the 16% of voters who were undecided then have now made up their minds and moved to the GOP. As early voting is opening in many states, just 6% remain undecided.

The margin of error in this poll is 3.1 points so we’re outside of that. But again the real shocker in the poll comes from the numbers showing unusually strong support from minority voters.

The issue of inflation – and the feeling that the White House hasn’t done enough to address it – is helping Republicans score significant inroads among Hispanic and Black voters, both demographic groups that Democrats have long relied on for support. Now 40% of Hispanics and 21% of Blacks are backing the Republican candidate.

To compare, Republican Donald Trump carried 12% of Blacks and 32% of Hispanics in the 2020 presidential election, according to network exit polls.

You may remember that Trump’s unexpectedly strong showing in 2020, especially with Hispanic voters, was seen as a worrisome trend by Democrats. Matt Yglesias wrote a post for Vox just after the election arguing that the party had a problem and might need to move away from identity politics if they wanted to solve it. Obviously that hasn’t happened. Yglesias also noted that Democrats were in danger of losing black voters is they weren’t careful with far-left proposals like “defund the police.”

Since 2020, there have been indications that the situation hasn’t improved. Back in April of this year CNN published a story titled “It’s not just Latinos and younger voters. Democrats are slipping among Black voters too.”

Black voters form the core of the Democratic Party base. They cast ballots for Democrats in greater proportions than pretty much any other demographic group. Without the massive backing of Black voters, the last three Democratic nominees (Joe Biden, Hillary Clinton and Barack Obama) would not have made it to the general election.

Yet, recent polling suggests the advantage Democrats have had with Black voters may be slipping, at least a little bit…

An examination of the generic congressional ballot indicates, though, that Black voters, at this point, seem far less likely to vote Democratic than you might expect given their voting history.

Take a look at an average of polls – from CNN, Fox, Quinnipiac and Pew – over the last few months. Democrats have a 62-point lead among Black voters, 73% to 11%. That may seem large, but it’s small from a historical standpoint…

What current polls indicate is a 15-point decline from that margin among Black voters.

The Democratic Party’s black voter problem hasn’t gotten as much attention as the party’s Hispanic voter problem but there have been indications of a change for a while now. All of that to say, this USA Today poll may be a bit of an outlier but it probably shouldn’t be dismissed as an impossibility because the trend is real.

Finally, the reasons for the changes in the generic ballot are the same ones we’ve talked about with every other poll this fall. While Democrats are focused on abortion, most of the country is worried about inflation, the economy: “Two-thirds of those surveyed, 66%, say the nation is already in a recession or a depression.” Concern over inflation and the economy impacts Hispanic and Black voters just as it does everyone else. Simply put, a lot of people are looking at gas prices, energy prices and food prices and are ready for a change.