What The Hell Is Wrong With Democrats? 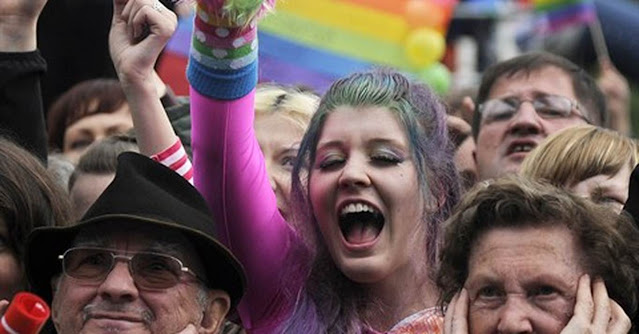 They say for a drunk to finally seek the help they have to hit bottom first. What happens when there is no bottom? For the left, there is no bottom. Every time it seems like they hit it, someone breaks out jackhammers and goes deeper. There is no bottom for them to hit because the pursuit of their agenda is the overriding feature of their lives, and like a junkie seeking their next hit, nothing is going to stand in their way. Not even common sense or decency when it comes to kids.

A school district in southern California had planned a “family-friendly” drag show for elementary school kids for Halloween. Why? There is no good reason. It takes a special kind of creep to think the thing missing from a child’s life is adult male genitals in their face as other adults cheer, but that kind of creep thrives on the left.

There is no such thing as “family-friendly” sexualizing of children, nor is there a non-sexual drag show. That’s the point of the “show” part, otherwise, it would just be a dude standing around in dresses. What else are they going to do, give a TED Talk on economics while tucked back further than the bad memories from childhood likely still haunting them?

There’s something wrong with an adult who wants to be in any way sexual – grinding, gyrating, twerking – anywhere near a kid. The only thing an elementary school kid should have to do with sex is it is how they were made, any even tangential talk about it should lead to confusion and uncomfortable questions for their parents, not detention…or worse: a front-row seat.

Naturally, local Democrats scrambled to declare fealty to the Alphabet Mafia. Terra Lawson-Remer, the San Diego County Supervisor from District 3, proudly declared her support for penises shoved into the face of her 3-year-old. She didn’t say what gender her kid is, which likely means she has yet to convince it that it’s the opposite of reality.

She did so from her official government Twitter account, which means this isn’t a belief she holds in her private life, but it’s the official policy for which she will use her government power to advocate. She wrote, “The parents in my home school district (Encinitas Union) protesting the Halloween Drag Show should be ashamed of themselves for pushing hate and intolerance on all of us. THIS KIND OF BIGOTRY HAS NO PLACE IN OUR COMMUNITY. Trans kids: I see you, I love you, you ARE welcome here.”

She then continued, “And my 3 yr old and I WILL be at Boo Bash — "queerest free Halloween party for youth and families”! Hope to see y’all there!”

Her personal Twitter account is all pictures of her whining about abortion, gay pride events, and pimping other drag shows, while her campaign website says she’s a single mother. While I certainly understand why no one would stick around this woman very long, I hope at least the father cares about this kid. Someone has to.

But that’s not the way the left works. Unaborted fetuses are fodder for the progressive army, or at a minimum, they’re “workers” in the factory making Brownshirts ensure they have enough.

If you tried to take your kid to a regular strip club, you’d be tossed out. It’s even likely that the police would be called on you because what the hell is wrong with you? But a drag show with the same choreography? You’ll win an award from the ACLU and a weekend show on MSNBC.

They’re your kid, why can’t you take them to a strip club? The only difference is alcohol is being served. But the odds of a 5-year-old being served a beer are pretty slim, so there must be something else.

Yes, there is the law. But beyond that, I’d be willing to bet that the strippers would have a problem with it too. I doubt a 6th grader could get a topless lap dance from a woman, no matter how much money the father offered. The woman would be creeped out by the prospect, and rightly so. But ask yourself this: how many video clips of a young kid getting a lap dance or “tipping” some guy in a G-string have you seen news stories about? If the answer is more than zero, there’s a serious problem (and the answer is a lot more than zero, unfortunately).

I don’t care how any adult lives their lives, it’s the libertarian part of me. They have to live with the consequences and explain themselves to God, not me. As long as who they do whatever with is old enough and willing, I couldn’t care less. You want to be a junkie, be a junkie. But if you steal to pay for your habit, I’m in favor of locking you up and tossing away the key. You want to be a drag queen, I could not care less. If you want to show your ass to a bunch of kids, I’m in favor of tying your cell’s key to the junkies. If you’re a government official using your power to promote or enable the sexualizing of children, no matter how loudly you insist it’s “all in good fun,” I’d like to see you professionally defeated and personally run out of town.

And the parents who engage in this are the worst of all. If a man thrust his package into their face, they’d scream and/or hit them. Even if it were contained in underpants, the reaction would pretty much be the same. And they know what it is. Kids don’t. They just know that mommy, daddy, both or two of each took them to a place where a grown man in fishnets shoved his crotch in their face, so that must be OK, right? Their parents wouldn’t put them through something like that if it weren’t not only fine but perfectly normal or even preferred. After all, vegetarian parents aren’t taking their kids to steakhouses, right?

What does this do to the mind of a kid? In the future, it’ll likely mean they’ll have some serious problems with their parents, up to not talking to them anymore. In the short term, it means they’ve created confusion in a kid’s head that’ll last up until the kid’s body starts to change and introduce even more confusion and awkwardness thanks to puberty.

Not to be too cynical, but now that having a “trans” kid is this year’s virtue signal winner for progressive chardonnay clubs' “coolest thing to have to happen,” that confusion is the currency on the left. And speaking of currency, there’s a lot of money in the butchering of children’s bodies, slicing off body parts isn’t cheap. But before this trend, there wasn’t a lot of business. Thanks to Democrats and the Alphabet Mafia, it’s becoming a volume business too. There’s a reason the Halloween Drag Show in San Diego was sponsored by a child-butchering “gender” clinic more than 500 miles away in San Francisco and it wasn’t a concern for kids. 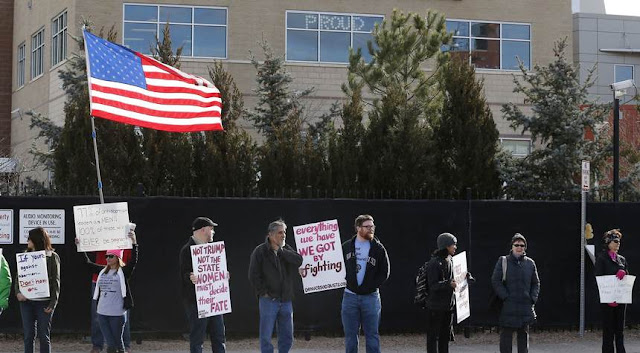 One of the most common questions I’ve seen asked about the so-called progressive movement to encourage transgenderism among children is: Why?

Why are these people so intent on foisting a lifestyle on children that has done so much damage? What is the objective in convincing kids and their parents to allow them to go through questionable medical and surgical procedures?

I’ve often asked this question myself.

There are likely several different motivations behind this endeavor. But one of the primary factors influencing this movement is – you guessed it – money. What most people don’t know is that transing children is a big bucks industry, and those involved are getting quite wealthy from mutilating children and getting them to take drugs that cause irreversible damage.

I wrote previously about a doctor who has had quite the payday from prescribing puberty blockers to children. Dr. Stephen Rosenthal, co-founder and medical director of the University of California San Francisco Benioff Children’s Hospital’s Child and Adolescent Gender Center, was paid thousands of dollars between 2015 and 2021 from two pharmaceutical companies that manufacture these medications for children.

Rosenthal is an ardent proponent of “gender-affirming care,” which involves encouraging and helping minor children supposedly transition to the opposite gender. It involves social, medical, and even surgical methods to achieve this end.

Reports have demonstrated that doctors are more likely to prescribe drugs when they have received payments or other types of remuneration from the companies that manufacture them. Rosenthal is not the only medical professional who is pushing these types of treatments and making oodles of cash from this industry.

Puberty blockers are quickly becoming a cash cow of sorts for physicians who are on the “gender-affirming care” train. In a post on her Substack, Corinna Cohn, who went through a gender transition in the 1990s, outlined how the prescribing of these drugs can be an ongoing source of income.

“According to WPATH SOC8, gender clinicians may exercise the judgment to start hormone blockers in children at Tanner Stage 2 in their development,” she writes. “For girls, this may be age 9. For boys, age 11.”

Cohn further explains that most kids who begin taking puberty blockers go on to start taking cross-sex hormones, which is also known as gender-affirming hormone therapy (GAHT). “This whole protocol works in contradiction to the child’s natural endocrine system. At this point, irreversible changes have happened.”

If hormone replacement continues, permanent changes occur. Girls masculinize. Her body will grow more hair, her voice will deepen, and she will accumulate more muscle. Boys will have their skin soften and they will begin to grow breasts. Even with hormone replacement, a body that is meant to follow a female sexual developmental pattern will not become male. And males will not become female. At this point, the body’s natural endocrine system is suppressed and smothered by prescription drugs.

Cohn breaks down the costs of these drugs, one of which is Lupron, which costs “hundreds of dollars a month,” but can also cost thousands. For girls who believe they are actually males, testosterone is one of the drugs of choice. For males who believe they are females, estrogen is often prescribed. Both of these can be quite expensive.

Since it is impossible for a human being to change their sex, the children taking these drugs need a steady supply, which means they will continue paying doctors for appointments and pharmacies for the treatments. Pharmaceutical companies are raking it in because of this.

But this doesn’t stop, even if a child goes through surgical treatments. Cohn noted that whether the person is male or female, they will still have to take external hormones to keep their body functioning after cutting off vital body parts. This will continue for the rest of the person’s life.

Transing children is becoming even more of a big business since there has been a significant increase in the number of children identifying as transgender. In fact, the rise in these numbers is so drastic, it is impossible to believe it is wholly organic. This is not a situation in which children are becoming more comfortable coming out as transgender.

These kids are being influenced by schools, hospitals, social media, and other outside sources to embrace this lifestyle, which, in many cases, results in the destruction of their bodies.

To put it simply, by pushing this ideology amongst minors, they are creating more customers, which means they are opening up new revenue streams. This is one of the main reasons why progressives are pushing so hard to convince children that they are transgender, regardless of the truth. The ugly truth is that these folks are willing to contribute to the destruction of children’s bodies to earn a few more dollars. This is yet another reason why they must be stopped.