By Nicholas Ballasy | Just The News

In September, the number of illegal migrant encounters at the border was 227,547, a 12% increase over August.

In September, the number of migrant encounters at the border was 227,547, which represents a 12% increase over August.

"Of those, 19% involved individuals who had at least one prior encounter in the previous 12 months, compared to an average one-year re-encounter rate of 14% for FY2014-2019," according to CBP's monthly operational update for September.

"Almost three-fourths (71%) of all southwest land border encounters were single adults, with 161,381 encounters in September, a 15% increase compared to August," the CBP reported. 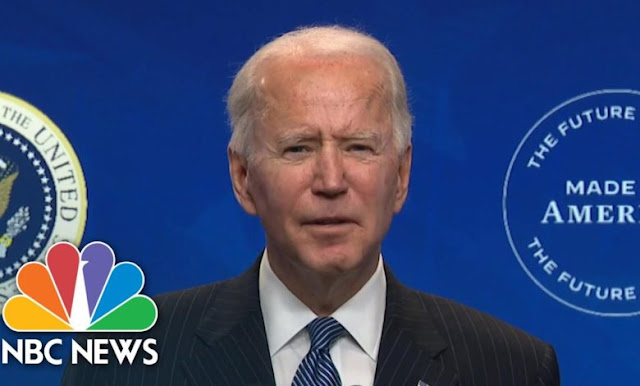 Texas Governor Greg Abbott has made a lot of headlines dealing with border security for the State of Texas. And other border state governors seem to be following suit.

For example, Abbott bussed illegal immigrants to New York, so that leftist leaders could tackle the problem. Afterword, Florida Governor Ron DeSantis sent illegals to Martha’s Vineyard. Abbott has also maneuvered around the federal government to resume work on the border wall.

Biden’s refusal to finish the Trump-era project leaves the United States largely unprotected and vulnerable. Thank God these GOP leaders understand the problem, and they aren’t backing away from it.

Now, Arizona came up with it’s own plan to complete the wall. They’ve stacked it with shipping containers, and they have no plans to move them.

The administration of Arizona Gov. Doug Ducey is pushing back against a demand by the Biden administration that it take down a number of shipping containers it has used to plug a gap in the incomplete border wall, saying that border states “cannot rely on the federal government to ensure its security.”

“The myriad of federal agencies that claim jurisdiction on the southern border but do nothing to prevent the public nuisance caused by illegal immigration and criminal activity that exploits the open border is quite frustrating to those that live, work and recreate on that border and in our state,” Allen Clark, director of Arizona’s Department of Emergency and Military Affairs, said in a letter to the Department of Interior’s Bureau of Reclamation, obtained by Fox News Digital.

The bureau had written to Gov. Ducey’s office last week, arguing that the move in August to fill nearly 4,000 feet of gaps in the border wall with shipping containers topped with razor wire is illegal. Ducey had announced the filling of the gaps in early August.

The construction consisted of 60 double-stacked shipping containers, welded shut and topped with four feet of razor wire. His office said that it is 22 feet tall and weighs nearly 9,000 lbs.

“Arizona has had enough,” Ducey said in a statement at the time. “We can’t wait any longer.

In its letter, the Bureau of Reclamation states that Arizona placed containers on lands within the vicinity of the Morelos Dam and also on land that is part of the Cocopah Indian Tribe’s West Reservation. It also said that the placement interferes with a Customs and Border Protection (CBP) project to fill the gaps, and calls on Arizona to stop further construction and assist in removing the containers.

“The unauthorized placement of those containers constitutes a violation of federal law and is a trespass against the United States. That trespass is harming federal lands and resources and impeding Reclamation’s ability to perform its mission,” the letter, reported by 12News, stated.

A spokesperson for the Bureau told Fox News Digital that the bureau’s priority is to ensure the integrity of the water delivery infrastructure and the safety of its workforce in order to maintain operational readiness.

The letter, which comes more than two months after Ducey’s office sealed the gap, was issued just as CBP put out a notice of its own plan to close the gaps near the Morelos Dam.

That notification says that the gaps will be filled instead with “a combination of temporary mesh fencing and mechanized bollard vehicle gates that allow for access to the riverside of the barrier.” According to the CBP notice, construction of that temporary replacement would not begin until “early 2023.”

In other words, just let the illegals keep sneaking across, because we like our country to be weighed down with more crime, less resources, and a huge drain on the system.

Ducey finds the fed’s response to be laughable, at best.

In its searing response to the Bureau of Reclamation’s letter, Arizona hit out at what it said was a “lack of coordination” from federal agencies that means that states like Arizona “cannot rely on the federal government to ensure its security.”

Clark said Arizona disagrees with the feds’ claim that Arizona has trespassed against the U.S., arguing that the regulation in question provides an exemption for federal and state employees when carrying out official duties.

“Moreover, 43 C.F.R. Part 429.4(c)(8) provides that “activities authorized under other Federal statutes or regulations” are not subject to regulation,” he wrote. “Since, the U.S. Constitution provides for the protection of the states (Article IV, section 4) and specifically reserves the right of states to defend themselves (Article 1, section 10), the regulation you cite does not prohibit Arizona’s actions.”

Time the Federal Government puts their construction trucks where their mouths are!

Arizona says it is “committed to working with all our federal partners” but adds that federal officials have said that border construction was set to begin since December 2021.

“However, to date, Arizona has not seen any action by the federal government to do so and was therefore required to take its own action. For this reason, the containers will remain in place until specific details regarding construction are provided,” Clark says.

The back-and-forth between Arizona and the Biden administration comes as states are increasingly taking matters related to illegal immigration and border security into their own hands amid what they say is a vacuum left by the feds.

Arizona is one of a number of states, along with Florida and Texas, that has been transporting migrants north to cities like Washington, D.C., in an effort to draw attention to the border crisis and relieve their overwhelmed communities.

“Sadly, the federal government doesn’t seem to be acting either with a sense of urgency or in good faith to deal with this problem.” Ducey spokesman C.J. Karamargin told Fox News Digital.

But that’s okay. The red tsunami will wipe out this border security problem. Once we remove the toxic leftism from power, we can get back to securing our border and making America first again.