Ye locked out of Twitter due to 'violation' of policies 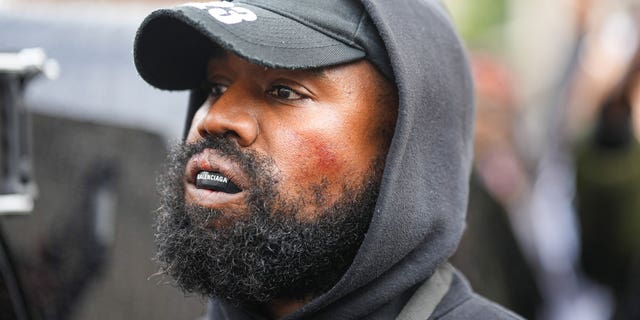 Ye's Twitter account was locked on Sunday due to a violation of the social media platform's policies, according to the company.

"The account in question has been locked due to a violation of Twitter’s policies," a Twitter spokesperson told Fox News Digital. West, who goes by Ye, was locked out in response to a tweet he posted on Saturday that said he was going "death con 3 on JEWISH PEOPLE."

"I’m a bit sleepy tonight but when I wake up I’m going death con 3 On JEWISH PEOPLE," Ye, also known as Kanye West, tweeted on Saturday. "The funny thing is I actually can’t be Anti Semitic because black people are actually Jew also You guys have toyed with me and tried to black ball anyone whoever opposes your agenda."

Ye was also kicked off of Instagram on for an exchange he posted with rapper Diddy in which users criticized Ye for language that appeared to be antisemitic.

He called out Mark Zuckerberg after he was kicked off of Instagram in a tweet on Friday.

"Look at this Mark," Ye tweeted, along with a photo of Zuckerberg. "How you gone kick me off Instagram (sic)."

Ye posted on Instagram on Oct. 7 that his upcoming Los Angeles concert was canceled and placed blame on the "White Lives Matter" shirt.

"My Sofi Stadium show on November 4th just got canceled. I wonder if it had something to do with my White Lives Matter tee, what y’all think?" he said.

Future of Democrats and mainstreaming of antisemitism 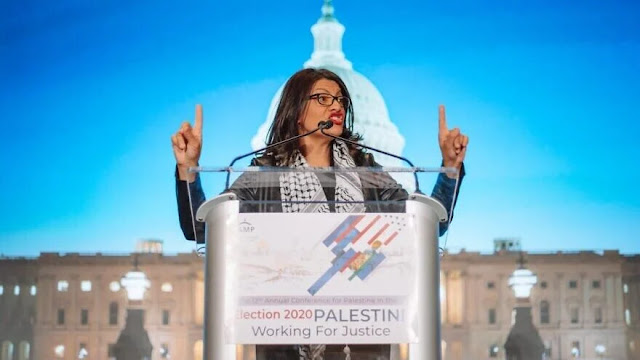 The future of the Democratic Party was summed up in two things that happened last week. One was the announcement by Rep. Ted Deutch, D-Fla., the man who had stood up for Israel and against antisemitism, that he was leaving the U.S. Congress.

The other was the adulatory profile of Rep. Rashida Tlaib, D-Mich., the woman who is the Jewish state’s most virulent opponent and, arguably, the leading exponent of left-wing antisemitism in American politics – in The New York Times Magazine. This demonstrated just how far the mainstreaming of hatred for Jews had gone among progressives and the publication that they, and many others, still regard as the flagship of American journalism.

Deutch’s decision to resign to take a job as CEO of the American Jewish Committee was lauded by many as a coup for an organization that, despite the generally well-regarded efforts of its current leader, David Harris, is moving inevitably toward obsolescence. But it does raise questions about whether the generally liberal group will follow the lead of the Anti-Defamation League, and cross over from nonpartisan advocacy to become yet another leading Jewish organization that exists only to parrot Democratic Party positions.

Still, Deutch, a former Clevelander, will also pump some much-needed life into the AJC, which has, like many other Jewish groups founded more than a century ago, struggled to find a reason to keep going.

That Deutch is abandoning his seemingly promising political career after 12 years in the House – albeit to reportedly triple his salary at the AJC – is discouraging news for those who worry about a Democratic Party in which his more moderate and pro-Israel views are increasingly under fire.

Deutch was exactly the sort of Democrat that moderates hope will be able to succeed the current geriatric leadership of their party. Deutch is still a knee-jerk liberal on a host of positions, among them support for a massive expansion of entitlements and the depiction of efforts to ensure the integrity of voting rights as “Jim Crow.”

But there is a vast difference between his stands and those of the Democratic Socialists of “The Squad.”

With people like House Speaker Nancy Pelosi (81), Majority Leader Steny Hoyer (82), as well as President Joe Biden (79) and Senate Majority Leader Chuck Schumer (71), clearly representing the past, Democrats need people such as the 55-year-old Deutch to step up to lead them, lest the party leadership ultimately fall into the hands of the popular and far more youthful champions of the intersectional left, like Rep. Alexandria Ocasio-Cortez, D-N.Y., Ilhan Omar, D-Minn., and Tlaib.

In that context, the boost that The Times Magazine gave Tlaib is a clear harbinger of the efforts that progressives (whose numbers make up almost half of the Democratic House caucus, even if the more flamboyant Squad is much smaller), will make to ensure that they seize control of one of the nation’s two dominant parties. And it’s all the more important, because a confrontation between Deutch and Tlaib last year symbolized the battle for the soul of the Democratic Party.

In an unexpected moment of high drama on the floor of the House of Representatives in September, Deutch seemed to redeem the honor of his party and its pro-Israel wing when he stood up to Tlaib and other Squad members over their hate for the state of Israel.

Speaking in a debate about U.S. funding for the Iron Dome anti-missile system that defends the citizens of the Jewish state from rockets and missiles fired by Hamas terrorists from Gaza, Deutch directly confronted members of his own party. Left-wing Democrats, including members of the notorious “Squad,” didn’t merely oppose the funding, but let loose a torrent of delegitimizing rhetoric at the Jewish state, while tacitly supporting the Islamist terrorists shooting at it.

Moments before, Tlaib had said: “I will not support an effort to enable and support war crimes, human-rights abuses and violence. We cannot be talking only about Israelis’ need for safety at a time when Palestinians are living under a violent apartheid system … The bill claims to be ‘a replenishment’ for weapons apartheid Israel used in a crisis it manufactured, when it attacked worshipers at one of the most holiest Islamic locations, the Al-Aqsa Mosque, committing, again, numerous, numerous war crimes.”

That one paragraph contained enough outright lies to justify a lengthy debunking. But Deutch cut right to the heart of the matter by not pretending, as most Democrats have been doing, that Tlaib’s comments were just “criticism” of Israel.

“I cannot allow one of my colleagues to stand on the floor of the House of Representatives and label the Jewish democratic State of Israel an apartheid state,” he said. “I reject it. … We can have an opportunity to debate lots of issues on the House floor. But to falsely characterize the State of Israel is … consistent with those who advocate for the dismantling of the Jewish state in the world. And when there is no place on the map for one Jewish state, that’s anti-Semitism, and I reject that.”

Though phrased in a parliamentary and polite manner, it was the first time any Democratic officeholder had confronted Tlaib and her progressive allies so directly and called them out for their anti-Semitism.

Deutch is leaving Congress to devote himself to the dubious cause of dragging the AJC into the 21st century. But Tlaib and the rest of the Squad can be forgiven for thinking that his departure is a victory for their side in the battle to control the Democrats.

The Times Magazine piece also was part of an effort by the left to shape the narrative about the Deutch-Tlaib confrontation in such a way as to flip it from one about exposing anti-Semitism to another in which his comments can be falsely depicted as Islamophobia.

Tlaib’s falsehoods about “apartheid” and “war crimes,” as well as her delegitimization of Jewish rights and desire to wipe out Israel, are no longer outlier positions. Support for intersectional myths about the Jewish state being a function of “white privilege” and Zionism being a form of racism is growing among the Democrats’ left-wing base. As with critical race theory indoctrination in the schools, fashionable anti-Zionist advocacy grants a permission slip to antisemitism. And the talk about Islamophobia is merely a way to silence criticism of Muslim Jew-hatred.

While The Times may treat the idea that a single Jewish state is one too many as a reasonable opinion that merely constitutes “criticism” of Israel, honest Democrats and almost all Republicans understand that the legitimization of such views sets a terrible precedent.

Instead of condemning people like Tlaib and Omar, who support the antisemitic boycott, divestment and sanctions movement, moderate pro-Israel figures such as Hoyer and Biden have cozied up to them. Fearful of the wrath of the party’s base, they have praised Tlaib instead of stripping her of committee assignments, as they’ve done with some outlier Republicans.

While extremist Republicans like Rep. Marjorie Taylor-Greene, R-Ga. are widely condemned and ostracized, left-wing Jew-haters like Tlaib, who run interference in Washington for Hamas terrorists and others who want to destroy Israel, are lauded and treated as their party’s rock stars.

Deutch may be leaving Congress to make more money or because, like so many other Democratic incumbents, he dreads wasting years as a member of a powerless minority in light of the likelihood that the GOP will win back control of Congress in the midterm elections later this year. But, as the stock of the hard-left rises and support for hateful positions on Israel grows among readers of the Times, it’s impossible to escape the conclusion that Deutch is abandoning the field just at the moment when his honesty about the antisemitism of Tlaib and other “progressives” is needed more than ever.

While others may attempt to step up to replace him, it’s almost impossible not to see his resignation and the chattering classes’ continued flattery of people like Tlaib as a sign that the Jew-haters will soon be the ones in charge of the Democratic Party.