Here's Why Trump's Final Debate Was a Game-Changer 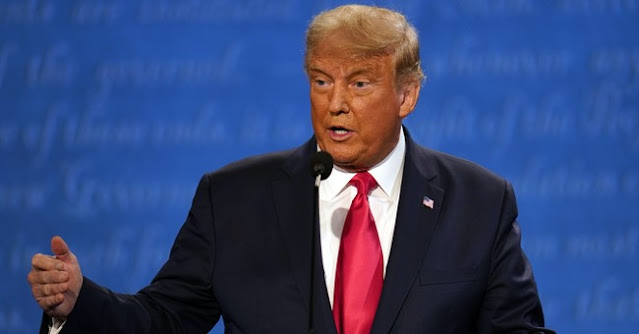 Anyone who has read this byline over the years knows that I'm not in the prediction business. I rarely take the precious space this fine website grants me to tell you what I think or believe may happen in the future, especially when it comes to how Americans will vote.

Anyone who tries to predict how the American electorate will respond to the candidacy of Donald Trump is lying to you and themselves and engaged in a fool's errand. This is a political figure who has defied every ounce of conventional wisdom in the five short years he has been engaged in electoral politics, and if the 2020 election is any indication thus far, that phenomenon continues.

Remarkably, the majority of my very well-paid colleagues who dabble in the dark art of political commentary and analysis on television didn't learn this simple lesson after the 2016 presidential election. But, there they are again, telling their viewers that the election is "Biden's to lose" and "Trump is way behind" and (my personal favorite) "Biden is favored to win in 87 out of 100 scenarios!"

However, taking into account the well-executed disclaimer above, I'd like to take a few moments to explain why I think President Trump's debate performance Thursday night could very well be the game-changing event he needed to head straight to re-election eleven days from now.

I'm not one of those voters who really gives a flip about whether a politician "sounds presidential" or not. Most of the men who have held the office of president of the United States have had huge egos. It's sort of a pre-requisite to put yourself out there as a potential "leader of the free world," isn't it? I expect that most of the presidents and presidential candidates in my lifetime have been insufferable jerks behind the scenes and they put on their phony "presidential" face to con the voters.

That said, we must recognize that many voters do crave a straight-forward, serious tone in their president, and their opinions on this matter should not be dismissed. After all, they vote too.

To me, the remarkable aspect of this poll is not that Biden is leading. It's that it shows 7% of the electorate is undecided. Really? Undecided? This late in the game? And with these two politicians? One who has been fed into our consciousness in every aspect of our lives over the past five years and is currently the president and the other who was vice president and has been in the public sphere for nearly five decades? Who in the hell are this 7% who can't make up their minds?

And then it hit me: They aren't undecided, they lean Trump, but they are waiting to make that final commitment. Something is stopping them. Something relatively intangible. It's the "tone" thing. They are down with his policies and achievements, but they just don't like the guy's attitude. They prefer the "presidential" thing.

Last night, Trump gave them just enough of that tone to help them make that commitment in the final days of the campaign.

Again, I don't give a flip about the tone thing; I evaluate results. Would I like my president to be the second coming of George Washington and Abraham Lincoln? Sure. Is that guy even running for office in this era? Hell no... I mean, the mobs are tearing down statues of the real Washington and Lincoln, so why would our era's version step up?

It can't be overstated: Trump getting Biden to admit that he will end the oil industry was a seminal moment. It was the perfect confirmation of just how radical, out-of-touch and destructive Joe Biden and the Democratic Party have become.

Yeah right. He was just talking about subsidies.

Biden has been telling the country that he is not beholden to the radicals in his party pushing the Green New Deal. Of course, we don't really believe him, but many voters are more than prepared to allow themselves to be fooled by such gaslighting. But this is indisputable. It comes from his own mouth and semi-coherent words.

It's less about oil, although, in Pennsylvania, Ohio, and really anywhere else people like cars (I hear cars are big in Michigan), than it is about Biden voluntarily confirming that he is aligned with the radical Left to upend our nation's economy and way of life.

There's one other thing about this moment that helps Trump. He created this moment. He had to take charge of the stage, raise his hand to stop the moderator from moving along, and challenge Biden directly with the question that should have been asked and forced the agenda. This is an Alpha-leadership move and it is the kind of thing that people genuinely want in a leader, regardless of politics.

Donald Trump has been president for four years. He is the leader of the free world and has been at the center of every American political issue for over five years. And yet, somehow, he is still running as an outsider.

It's an amazing thing.

He got an assist from the Democrats since they nominated the longest-serving politician in America who has been the ultimate insider and personification of stagnant, do-nothing DC politics for that entire time. Trump skillfully took that gift and hammered home the most important message of his candidacy last night.

In the final third of the debate, Trump was able to settle into this theme very comfortably. It's no wonder it's what vaulted him into the lead in the 2016 Republican primary and on to victory that November. Anyone who is still undecided is probably a voter who does not traditionally align themselves on a regular basis with one party or the other. They are independent. These voters like outsiders.

He was able to remind them that even though he's the president, he's still the consummate outsider compared to the likes of Joe Biden.

Again, I don't pretend to tell you how voters will line up in eleven days, and I won't insult your intelligence by assuring you that this thing is settled for either of these candidates. If I had that kind of undeserved arrogance and hubris, I'd be a television analyst.

I only say this; President Trump had a couple of important goals to achieve in this last debate to give Trump-shy or Trump-hesitant voters enough reason to commit to him. In my opinion, for what it's worth, he achieved those important goals. And then some.