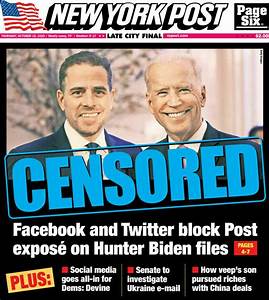 Sources have told Fox News that 'the big guy' is a reference to the former vice president.

One of the people on an explosive email thread allegedly involving Hunter Biden has corroborated the veracity of the messages, which appear to outline a payout for former Vice President Joe Biden as part of a deal with a Chinese energy firm.

One email, dated May 13, 2017, and obtained by Fox News, includes a discussion of “remuneration packages” for six people in a business deal with a Chinese energy firm. The email appeared to identify Hunter Biden as “Chair / Vice Chair depending on agreement with CEFC,” in an apparent reference to now-bankrupt CEFC China Energy Co.

The email includes a note that “Hunter has some office expectations he will elaborate.” A proposed equity split references “20” for “H” and “10 held by H for the big guy?” with no further details. Fox News spoke to one of the people who was copied on the email, who confirmed its authenticity.

Sources told Fox News that "the big guy" is a reference to the former vice president. The New York Post initially published the emails and other controversial messages that Fox News has also obtained.

The Bidens' relationship with Ukraine came under special attention last year as House Democrats pursued an impeachment inquiry surrounding President Trump's now-infamous July 25 call with Ukraine's president. In it, Trump asked President Volodymyr Zelensky to investigate the former vice president, who was suspected of abusing his authority to pressure the government into firing its top prosecutor.

Another email from May of 2014 shows Vadym Pozharskyi, an adviser to Burisma's board, allegedly shows him asking for the younger Biden's advice on how to stop "politically motivated actions."

“We urgently need your advice on how you could use your influence to convey a message / signal, etc. to stop what we consider to be politically motivated actions," it reads. And less than a year later, a purported email from Pozharskyi shows him thanking Hunter Biden for an invitation to meet his father.

Politico later clarified that the campaign wouldn't rule out the possibility that the former vice president had an informal interaction with Pozharskyi.

Biden campaign spokesman Andrew Bates also said: "Investigations by the press, during impeachment, and even by two Republican-led Senate committees whose work was decried as 'not legitimate' and political by a GOP colleague have all reached the same conclusion: that Joe Biden carried out official U.S. policy toward Ukraine and engaged in no wrongdoing. Trump administration officials have attested to these facts under oath."

HOW DO WE KNOW THE HUNTER/JOE BIDEN DOCUMENTS ARE REAL?

The New York Post’s series of exposes, based on a hard drive that Hunter Biden left with a repair shop and never reclaimed, have thrown a joker into the deck of the presidential election. Of course, the issue isn’t Hunter–a sad, drug-addled case–but rather the light that the documents shed on the corrupt career of Joe Biden.

The Post’s documents show a level of corruption that is remarkable even by Swamp standards–for example, Joe Biden proposing to take equity in a Chinese company secretly, through a 10 percent stake held on his behalf by Hunter. But how do we know that they are genuine?

First, because Biden hasn’t denied that the hard drive belonged to Hunter, and the documents contained thereon are real. His calling the Post’s stories a “smear” was a non-denial denial.

Second, because there is a witness. The Democrats have to be careful, because there is a real, live repair shop owner who is ready to explain what happened and to vouch for the integrity of the hard drive. I think this is largely why Biden et al. have gone to ground rather than seriously contest the corruption to which Hunter’s files testify.

At Townhall, Rudy Giuliani explains the provenance of the Hunter Biden hard drive:

“The way I came to have this was my lawyer was contacted by this gentleman who owns this store that fixes hard drives. Hunter Biden had come into the store probably a year ago, turned over three devices. The guy couldn’t fix one, fixed the other immediately and had to keep the hard drive,” Giuliani explained. “Hunter Biden came back in two days and brought him some kind of keyboard that would help and within a fairly short period of time he had it fixed. He started calling Biden to pick it up. Couldn’t get any answer, any response, didn’t get paid.”

“For some reason Hunter Biden never showed up. One of the reasons may be, the gentleman says, Hunter Biden was so drunk that he had a little trouble even getting his name out. And since I’ve now looked at the hard drive I find that to be very credible because – and this may be an exaggeration – but he looks like he’s high on crack every other day for the last five or six years.”
***
According to Giuliani, the computer store owner made four copies of the hard drive but turned the original over to the FBI. He gave two copies to his friends in case he was killed. He waited four or five months before he sent letters to various Republicans asking if they would be interested in the data.

“We were the first to respond, or the only ones to respond,” the president’s personal attorney explained.

Giuliani’s attorney, Bob Costello, met up with the store owner and spent about a week reviewing the information it contained to make sure it was legal to release. The contract Hunter Biden signed said that if the computer wasn’t picked up in 90 days it would be considered abandoned and the owner would obtain possession.

The information, however, wasn’t validated until Giuliani received a copy and reviewed the information. Based on dates and information from a confidential informant, Giuliani was able to validate it was, in fact, Hunter’s computer.

More details at the link. One wonders, why hasn’t the FBI done anything, given that it has had Hunter’s hard drive for ten months?

Based on what’s known, Giuliani stated Hunter Biden should be in prison for failing to register as a foreign agent, which is what Paul Manafort went to jail for.

Good point! Did Hunter register as a foreign agent? Giuliani says that he didn’t. Is that still a crime, or was it a one-time-only expedient to be used against associates of President Trump?

Joe Biden is perhaps the ultimate swamp creature. What we know about his corruption is plenty bad enough, but my guess is that what has come to light is only the tip of the iceberg.

UPDATE: I should add that Joe Biden is now facing questions over his business dealings with an oligarch in Kazakhstan. 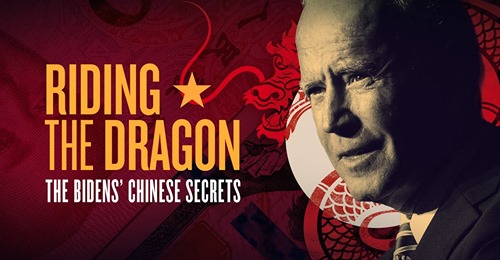 CLICK HERE TO VIEW THE SHOCKING DOCUMENTARY ABOUT HOW JOE BIDEN SELLS OUT AMERICA TO CHINA!