Forced Masking Is Behavioral Science, Not Medical, And They’ve Been Playing Us The Whole Time 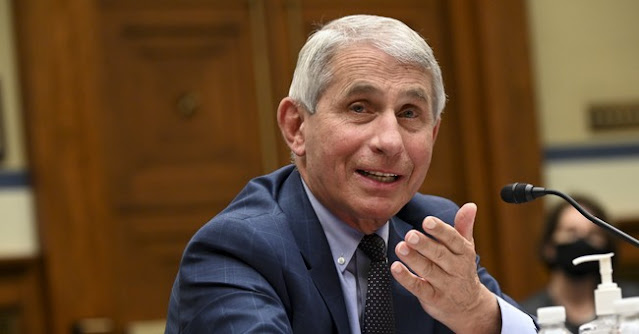 Most people probably think of epidemiologists as simply doctors who specialize in contagious illness, but that would be only part of the story. Indeed, rather than studying and finding cures for diseases, arguably the most important component of the field is increasingly being viewed as something else entirely - the molding of public behavior. This explains why so many who go into epidemiology hold undergraduate degrees in public health, which focuses on the social and behavioral sciences, instead of the more hard-core sciency stuff studied by their medical doctor peers, like biology or biochemistry.

So when epidemiologists like Dr. Anthony Fauci make pronouncements from on-high, one must always be aware of the motive behind their messaging - to get YOU to do what THEY tell you to do, purportedly in an effort to “stop the spread” of whatever contagion they are fighting. Except, if you do a deep dive into the nature of most of the world’s response to today’s particular disease du jour, COVID-19, you’ll see that little of it ever had to do with actual science or data. Instead, the bulk of it has focused on implementing and forcing the public to comply with certain non-pharmaceutical interventions (NPIs), like lockdowns and masking, settled upon early on in the pandemic.

“On February 28 of last year, Fauci wrote in the New England Journal of Medicine that when he analyzed the data for COVID-19, he thought it would be just about as bad as a pandemic-level flu,” said Deace. “And then 11 days later, he went to Congress and told everybody that this was gonna be Captain Trips [the name for the ultra-deadly antigen that exterminates 99.4% of the human population in Stephen King’s “The Stand”], and that’s what shut the country down.”

At one point during those 11 days, on March 8, Fauci also gave his now-infamous interview to “60 Minutes” in which he declared that the general public should not “be walking around with a mask.” The next month, of course, the CDC did a complete 180-degree reversal, and Fauci later attributed his earlier stand, which was based on sound science and is still provably correct a year later, to a ‘noble lie’ of sorts, that he was merely saving PPE for healthcare workers. Riiight. As if there wasn’t enough T-shirt material, bandanas, and neck gaiters to go around, or something. The ‘good’ doctor also hilariously claimed that the possibility of asymptomatic spread wasn’t “clear” in March, even though the news-following public, including myself, was well aware of the claim as early as January 2020.

No, the man knew the science then, he stated it, and he was right … then. But, again, something changed. Something happened during February and April/May 2020 that made Anthony Fauci and virtually the entire medical establishment reverse course on how to instruct the public to deal with COVID-19. It wasn’t asymptomatic spread. It wasn’t ‘droplets.’ So what was it? Not being privy to any of their discussions, I don’t know for sure. But I can render an educated guess, and mine has a lot to do with the last section of this NPR article from April 3, 2020, one of the first major pieces to tout mask use as a way to fight COVID-19:

“And for the others around you, it's a warning. ‘It says: Watch out. There's a public health crisis right now, there's a virus going around, we need to be on top guard,’ says [Dr. Michael] Klompas. "I think it can actually be a reinforcer, a reminder of the state of crisis that we face in society."

Another example comes from this May Health Affairs article about mask use during the 1918 Spanish flu pandemic: “The lessons from the 1918 influenza epidemic for local, state, and federal health officials are clear: Masks must be constructed and worn correctly, wearing masks in public must be part of a comprehensive social distancing strategy, masks are essential for certain care-taking occupations, and the psychological benefits of seeing everyone wearing masks helps raise awareness about disease transmission.”

By May and most certainly June and beyond, masks had become a tool for compliance, a totem to help ‘force’ the public to stay afraid and do the things the medical establishment felt would fight the spread of the pandemic. To them, it likely mattered little to nothing whether the masks actually did anything in and of themselves to accomplish this. Sure, they seized on some bogus one-off hairdresser ‘study’ and some perceived, cherry-picked correlation in Kansas counties to give a sciency tint to the madness, but the strategy after that was obviously to press on and ignore or dismiss any data to the contrary. Suddenly, in the span of a few weeks, decades of science was tossed aside and “masks work!” became ‘settled science’ that wasn’t to be questioned.

This could explain much of the mixed messaging given over time by the CDC and WHO. In June, when a WHO official said the much-ballyhooed asymptomatic virus spread was “very rare,” she was quickly made to backtrack and withdraw her statement. I submit that this wasn’t because she was inaccurate, but because the powers-that-be quickly perceived that this information would be a severe blow to those who wanted widespread forced public masking to continue.

More recently, the CDC can’t get its own messaging straight. Should vaccinated people travel or should they not? Can they transmit the virus? Hints and statements that they can’t are quickly suppressed, and my guess, again, is that the shuffling here has far more to do with their cult-like devotion to masks than anything else. If vaccinated people can travel and aren’t transmitting, why should they continue to wear masks? The only conceivable answer is that none of this has ever been about science, only behavior modification.

Viewing it through this lens, you can see the drama play out in stunning detail in the exchanges last month between Sen. Rand Paul, who aptly pointed out the “viral theater” of requiring the vaccinated to continue to mask up, and Fauci, who gets visibly frustrated and increasingly illogical trying to keep the lid on the deception. Weeks later, when asked by MSNBC why states that have lifted mask mandates, like Texas and Mississippi, aren’t spiking like New York, Michigan, and other places, Fauci admits, “I’m not really quite sure.”

Indeed, from the ridiculous ‘masked walk of shame’ from the doors of a restaurant past unmasked patrons talking and dining, to the vaccinated being expected to continue masking up indefinitely, to the viral theater of leaders and media figures donning masks for the cameras only to remove them when they think nobody is looking, to the forced muzzling of children despite the fact that they aren’t statistically at risk and aren’t a major transmission source, all the way to a New Hampshire track coach literally being fired for refusing to force his athletes to wear masks WHILE THEY ARE RUNNING, real science and data have long ago taken a back seat to COVID theater.

Bottom line: Medical science is one thing, behavioral science is quite another. And our overlords, led by epidemiologists like Dr. Anthony Fauci, have been deeply involved in behavioral ‘science’ for more than a year. Such an approach, however, cannot long coexist with our Constitution or any freedom-loving democracy. It may be a ‘noble lie,’ but it’s still a lie that’s being used to manipulate the public on a massive, destructive scale.

(Many thanks to former lobbyist and political consultant Nate Gorman of The Gorman Group for opening my eyes to this paradigm.)

I’m still on Twitter, but I’m also working on building alternate platforms (as we all should). To that end, please consider following me on Parler and Gab and friending me on MeWe (I will accept all contact requests). Also please be sure to follow my COVID ‘Team Reality’ Twitter list, 170+ doctors, medical professionals, analysts, data hounds, media, and politicians unafraid to tell the truth about COVID-19. 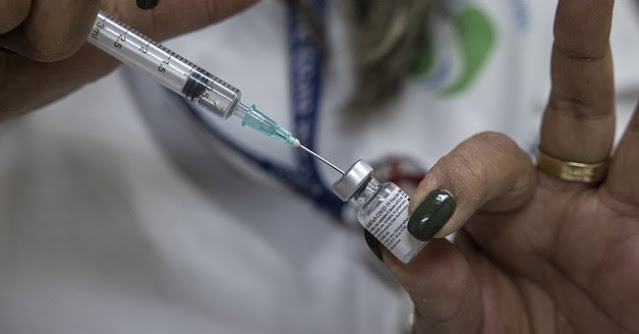 The fourth wave is going to kill us all. We have variants. We have cases reportedly surging. We have vaccines, but even if you get the shot you have to remain inside and remain in total fear…until we get the Soviet-style passport system going. This is our medical expert community, which is really a bunch of bureaucrats peddling their own agenda. Here's the deal, fellas—you can’t keep this game up for a virus with a 90+ percent survivability rate. You can’t especially with three vaccines that are preventing further spread. The states that remain under the lockdown regime were seeing a spike and New York City, the mecca of the US-based COVID outbreak, is seeing the decline in every metric gauging the spread of this virus. This isn’t from me. FiveThirtyEight Nate Silver has been dropping some facts that are undercutting the panic narrative. Was there a slight surge in the Northeast? Yeah—as he noted, it’s plateaued. Michigan is seeing something serious brewing, but that's not a “wave.” The data simply doesn't spell alarm.

Also, the cases seen in New York aren’t nearly as bad as they were a year ago. Hospitalization rates aren’t nearly where they were a year ago. We can thank NBC News for that update. They interviewed doctors who said that the cases they’re seeing are centered on younger people who weren’t able to get vaccinated in the first phases, and the cases are mild. It may not be a picnic for those who contracted the virus, but they can recover from home and gain natural immunity after ten days. This all helps us trend towards herd immunity, which are two words we’re never ever going to hear from Fauci or his band of panic peddlers.

There is no fourth wave, folks. Oh yeah, Fauci even said so. We have to stop listening to these people whose inability to come to a conclusion about anything…is doing more harm than good. It’s been like this for quite some time.

I’m still waiting for the “impending doom” the CDC warned about.