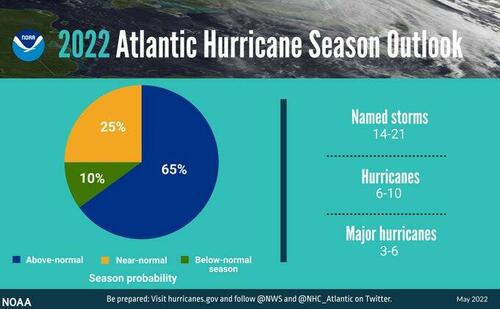 It's been a tranquil hurricane season despite the number of named storms that tend to increase in August and peak in September.

If the storms can break through those barriers, there's a lot of warm water in the Gulf of Mexico and along the US coastlines that could allow storms to develop. But so far, only three storms (Alex, Bonnie, and Colin) have successfully developed.

Less than a week to go before August closes out. There minor tropical development has been spotted in the Atlantic Basin:

"As these waves come off [the African coast] each one kind of moistens up the atmosphere, it makes it a little more favorable for the next one," said AccuWeather senior meteorologist Adam Douty.

"Eventually we'll get one to develop," Douty said. "It looks like the one right around the end of the month could be the one. It looks like it'll be really close whether we make it through the entire month without a system."

By this time last year, there were seven named storms in August, with four developing into hurricanes.

At the start of the season, NOAA forecasted 14-21 named storms, of which 6-10 could become hurricanes, including 3-6 major hurricanes.

This month could end up being the third time since 1961 that there was a tropical storm-free August in the Atlantic basin -- only about six days left to find out.

HOW IT STARTED: Global warming is killing the Great Barrier Reef, study says.