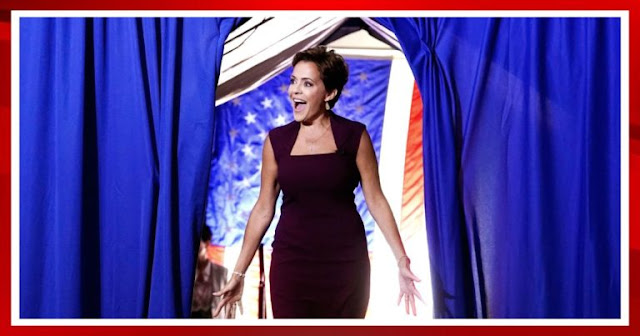 Lake’s victory was so dynamic, that she swept every country in the state of Arizona.

Not only that, but a local analyst says that it was the largest turnout for a primary election in Arizona history.

Republican voters outnumbered Democrat voters by 157,753 as of yesterday. This suggests rising enthusiasm among Arizona Republicans, versus Democrats.

This should result in a surge of voter support for Lake and other Republicans this November.

Democrats seemed to consider Arizona a “flipped” state after the 2020 Election. The state went for Biden (if you buy the narrative) and currently has two Democrat senators.

But this recent development is a possible sign that Republican support is growing by leaps and bounds.

You can’t ignore Donald Trump’s influence in this election. Her rival was Karrin Taylor Robson, who was backed by establishment Republicans and Mike Pence.

Lake, a former local news anchor, swept the state—despite such strong opposition. What should that tell you?

They should be pretty worried right about now.