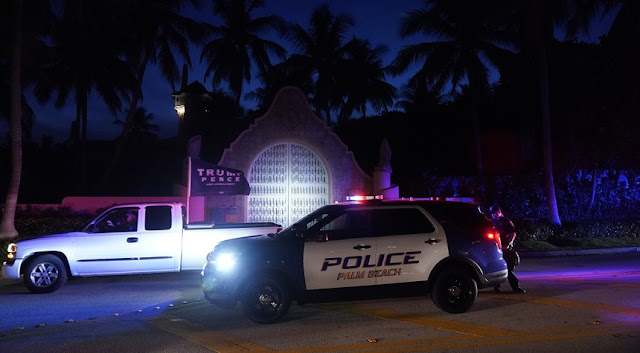 On Monday, the FBI executed a search warrant of Trump’s Mar-a-Lago home that was approved by a magistrate judge who is not only linked to Jeffrey Epstein but was also an Obama donor. According to CNN, the raid was “part of an investigation into the handling of presidential documents, including classified documents, that may have been brought there.”

If that is the case, then this further proves that the raid was an abuse of power, because we’ve known for months now that the documents in question were already declassified by then-President Trump.

“Trump declassified whole sets of materials in anticipation of leaving government that he thought the American public should have the right to read themselves,” Kash Patel, a former top Trump administration official, told Breitbart News in a phone interview in May. According to Patel, the classification markings just had not been updated.

“The White House counsel failed to generate the paperwork to change the classification markings, but that doesn’t mean the information wasn’t declassified,” Patel added. “I was there with President Trump when he said ‘We are declassifying this information.’”

Patel served as the Pentagon chief of staff as well as principal deputy to the acting director of national intelligence. He is also a former National Security Council aide, former top House Intelligence Committee staffer, and former federal prosecutor and public defender.

“This story is just another disinformation campaign designed to break the public trust in a president that lived on transparency. It’s yet another way to attack Trump and say he took classified information when he did not,” he added.

“The story says the National Archives found the documents had classification markings on them. That doesn’t mean that they were not declassified. All previously classified documents have classification markings on them, it shows they used to be classified. It’s petty bureaucracy at its finest, government simpletons not following a president’s orders to have them marked ‘declassified.’ The president has unilateral authority to declassify documents — anything in government. He exercised it here in full,” Patel explained.

Patel accused Democrats of playing politics by making the bogus claim that Trump took classified material and pointed out that they haven’t even addressed what is in the material.

“The irony is that he didn’t try to hide any of it. He declassified all of it so there’s nothing to hide,” Patel said.

So, was the raid based on a false pretext and then approved by an anti-Trump magistrate judge?