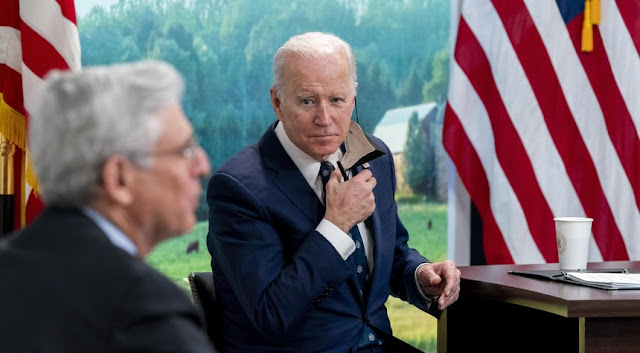 In the wake of reports that the Biden administration raided Trump’s Mar-a-Lago home in Florida, Republicans are demanding answers.

Republican National Committee (RNC) Chairwoman Ronna McDaniel blasted the raid on Mar-a-Lago. “Absolute power corrupts absolutely. Countless times we have examples of Democrats flouting the law and abusing power with no recourse,” she said in a statement. “Democrats continually weaponize the bureaucracy against Republicans. This raid is outrageous. This abuse of power must stop and the only way to do that is to elect Republicans in November.”

“The raid of [Mar-a-Lago] is another escalation in the weaponization of federal agencies against the Regime’s political opponents, while people like Hunter Biden get treated with kid gloves,” DeSantis tweeted. “Now the Regime is getting another 87k IRS agents to wield against its adversaries? Banana Republic.”

“I’ve seen enough,” he said in a statement. “The Department of Justice has reached an intolerable state of weaponized politicization. When Republicans take back the House, we will conduct immediate oversight of this department, follow the facts, and leave no stone unturned.”