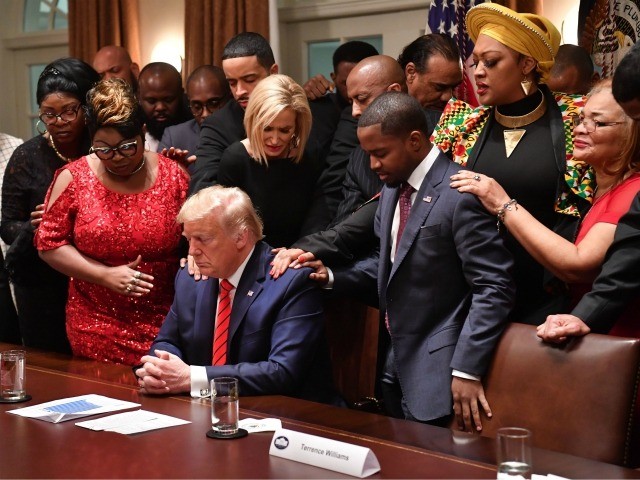 President Donald Trump was prayed over by a group of black religious and political leaders in the Cabinet Room of the White House on Thursday.

The president held a news conference and meeting and addressed the group of roughly two dozen black leaders. 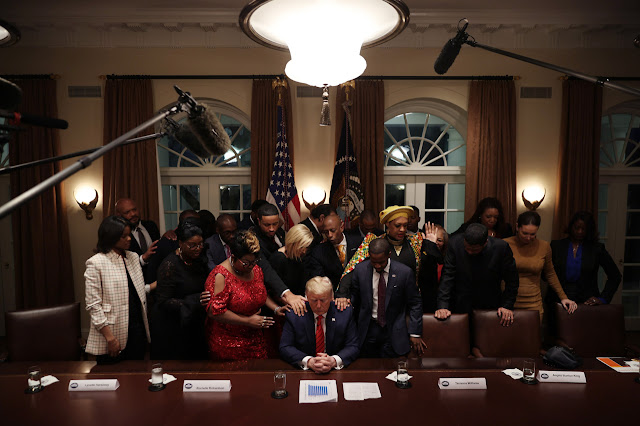 African American supporters lay their hands on President Donald Trump as they pray for him at the conclusion of a news conference and meeting in the Cabinet Room at the White House February 27, 2020 in Washington, DC. (Chip Somodevilla/Getty Images) 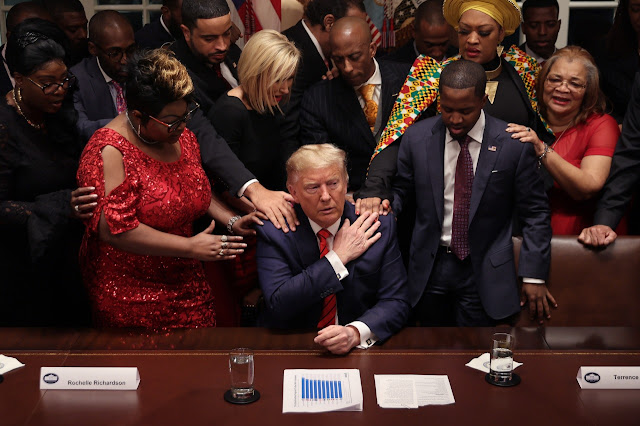 “In every field, every generation, and every calling, African-Americans have lifted up our nation to new heights — and, like all citizens, you are entitled to a government that puts your needs, your interests, and your families first,” Trump said.

Jerome Hudson is Breitbart News Entertainment Editor and author of the bestselling book 50 Things They Don’t Want You to Know. Order your copy today. Follow Jerome Hudson on Twitter and Instagram @jeromeehudson

https://www.breitbart.com/politics/2020/02/27/photos-black-leaders-pray-for-trump-at-black-history-month-celebration/
Posted by Frances Rice at 9:47 AM