McConnell Statement on Next Steps in Senate Impeachment Trial 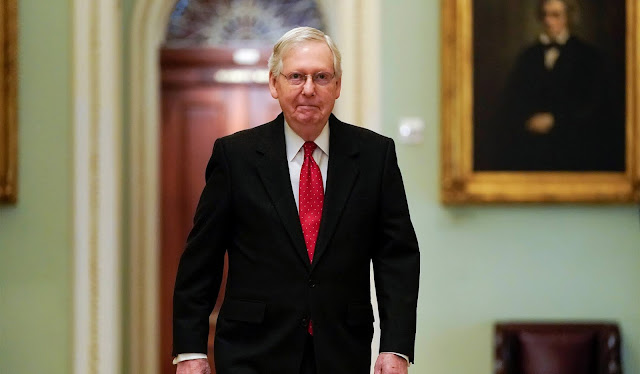 "Over 7 days, the Senate has already heard testimony from 13 different witnesses in 192 video clips and received over 28,000 pages of documents."

A majority of the U.S. Senate has determined that the numerous witnesses and 28,000-plus pages of documents already in evidence are sufficient to judge the House Managers’ accusations and end this impeachment trial. 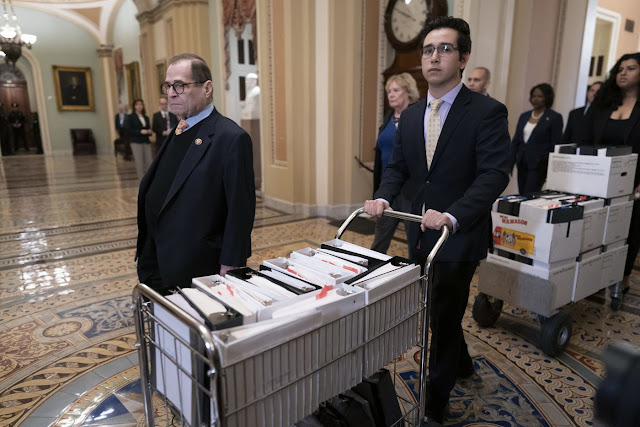 AP Photo Caption: “House Judiciary Committee Chairman Jerrold Nadler, D-N.Y., arrives at the Senate with carts of documents as work resumes in the impeachment trial of President Donald Trump on charges of abuse of power and obstruction of Congress, at the Capitol in Washington, Saturday, Jan. 25, 2020.”

Even the House managers say ‘we heard from enough witnesses to prove the case beyond any doubt at all’.

Yet Sen. Schumer and other senate democrats insist on new witnesses and documents.

The strategy to deluge the Senate also carries significant risks as the House managers tried to hammer home somewhat contradictory messages: their case is ‘overwhelming,’ but at the same time it’s incomplete without calling new witnesses and subpoenaing documents they say are necessary.

During the impeachment trial’s opening phase, 192 video clips of 13 different witnesses were played in the Senate:

https://www.republicanleader.senate.gov/newsroom/research/13-witnesses-over-28000-pages-of-documents
Posted by Frances Rice at 11:38 AM