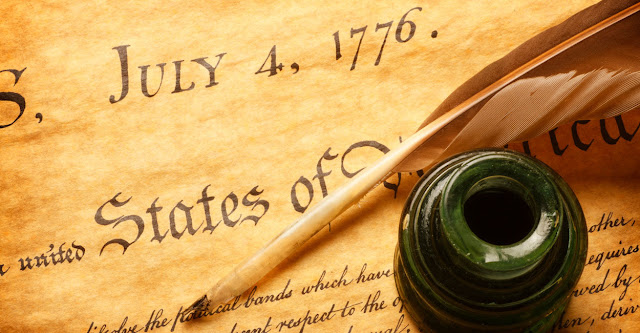 “Our focus is on solving problems,” a new group's mission statement reads. “We do this in the spirit of 1776, the date of America’s true founding.” (Photo illustration: Getty Images)

An initiative featuring the writings of black Americans will counter and rebut a New York Times Magazine project that “reframes” all of  U.S. history around slavery and racism.

The Woodson Center last week announced sponsorship of “1776,” a collection of essays and other material mostly written by black scholars and community and business leaders, among other backgrounds.

Their goal is to tell “the complete history of America and black Americans from 1776 to present.”

The “1776” initiative directly rebuts the so-called 1619 Project introduced in August by The New York Times Magazine. The purpose of the 1619 Project, according to an initial mission statement, is “to reframe the country’s history, understanding 1619 as our true founding.

The creators chose the year 1619 because it is when African slaves first were brought to Britain’s Virginia colony in America.

The 1776 project will take an entirely different track.

“Our focus is on solving problems,” the mission statement reads. “We do this in the spirit of 1776, the date of America’s true founding.”

Bob Woodson Sr., founder and president of the Washington-based Woodson Center, said that at the very least the 1619 Project has stimulated “a much-needed debate in the black community.”

The problem “is that it defines America as being racist,” Woodson said of the Times’ endeavor. “Simply put, all white people are beneficiaries of privilege and are victimizers and all blacks are victims.”

That message, he said, is dangerous for the future of the country because it teaches Americans to make excuses for failure. Worse, it defines America as an “evil empire” with fundamental principles that are “corrupt and hypocritical.”

Woodson, 82, who has worked for decades to lift black neighborhoods out of dysfunction, said the “1776” essays would be an “aspirational and inspirational” alternative to the Times’ project, embracing the Founders and their ideas rather than rebuking them. 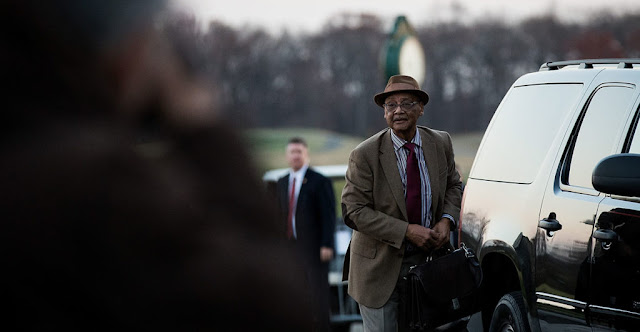 Other contributors noted their criticisms of the 1619 Project at a Friday event at the National Press Club announcing “1776.”

Coleman Hughes, an undergraduate student at Columbia University, said the prevailing attitude at American universities is that oppression and racism is in our country’s DNA, that they are essential elements of what we are.

“Today, we are challenging that false narrative,” Hughes said. “Any argument that says the institution of slavery is what makes America unique must grapple with the fact that slavery was practiced in almost every society on earth until just a few centuries ago, as well as the fact that most of those societies have done far less to acknowledge and atone for it.”

“To point to America’s worst sins,” Hughes said, “is to point out what is least unique about us.”

Other “1776” contributors were critical of the way the 1619 Project connects the institution of slavery with the lives of black Americans today.

“The 1619 Project offers a very crippling message to our children,” said Carol Swain, an author and former professor at Princeton and Vanderbilt universities who is host of the “Be the People” podcast.

“I was spared from having that message brought to me,” Swain said. “And I believe that if I had been exposed to that, if I had internalized that negative message, I don’t believe I would have been able to do the things I’ve done in life.”

“The idea that the specter of slavery still determines the character of life among African Americans is an affront to me,” said Glenn C. Loury, an economics professor at Brown University and “1776” contributor. “We have shown, and will continue to show, that we are not merely bobbles at the end of a historical string, being pushed this way and that by forces beyond our control.”

The 1619 Project has partnered with the Pulitzer Center to push its material in high school classrooms around the country as many high school districts are now considering how to use it as a part of their curriculum. This despite the fact that historians—from highly diverse political backgrounds—have criticized it for inaccuracies and distortions.

Allen Guelzo, a historian and visiting fellow at The Heritage Foundation, called the Times’ project a “conspiracy theory” used to tarnish the concept of capitalism.

Gordon Wood, a historian and author of numerous books on early American history, said in an interview last year with the World Socialist Web Site that he was surprised the 1619 Project could be “so wrong in so many ways.”

And an editorial on the same socialist website said the Times’ project was “a racialist falsification of American and world history.”

Nicole Hannah-Jones, a New York Times writer who wrote the first essay for the 1619 Project, had this response to “1776” on Twitter.

Hannah-Jones’ disrespect aside, “1776” represents an important addition to Americans’ understanding of our history and how to think about it.

This work is essential in an age in which young Americans have worryingly little grasp of history or the foundational ideas and institutions that the country was founded on.

Worse, they are being fed a steady diet of distortions about America’s past, as I highlight in my book “The War on History: The Conspiracy to Rewrite America’s Past.”

Jarrett Stepman is a contributor to The Daily Signal and co-host of The Right Side of History podcast. Send an email to Jarrett. He is also the author of the new book, "The War on History: The Conspiracy to Rewrite America's Past."
https://www.dailysignal.com/2020/02/19/these-black-scholars-and-leaders-rebuke-1619-projects-narrative-of-victimhood/

To gain a more comprehensive knowledge about the first blacks in Congress, acquire and read the ebook, “Black History 1619-2019: Revealing and Counteracting Revisionist African-American History” that is available on Amazon: https://www.amazon.com/dp/B082868WWY/ref=sr_1_fkmr0_1?keywords=Ebook+Black+History+1619+to+2019&qid=1575311799&s=books&sr=1-1-fkmr0