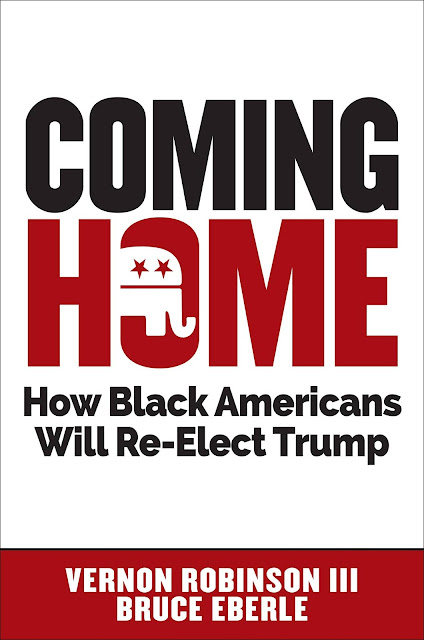 Democrats have long taken the black vote for granted. So imagine their surprise this week when liberal darling and black pundit Van Jones issued a warning: President Trump is making inroads with black voters.

"What [Trump] was saying to African Americans can be effective," the CNN pundit said. "You may not like it, but he mentioned [historically black colleges and universities]. Our black colleges have been struggling for a long time. A bunch of them have gone under. He threw a lifeline to them in real life in his budget. He talked about criminal justice reforms. He talked about 'opportunity zones.' He talked about school choice."

We've got to wake up, folks. There's a whole bubble thing that goes on, saying, 'Well, he said s-hole nations. Therefore, all black people are going to hate him forever.' That ain't necessarily so. And I think what you're going to see him do is say, 'You may not like my rhetoric, but look at my results — look at my record,' to black people. If he narrowcasts that, it's going to be effective.

Trump will never win a majority of the black vote. But he doesn't have to. If he follows through on his current strategy, he has a massive opportunity to win a greater share of it in 2020 than the 5% to 10% that Republicans have received since 2008. If Trump gets even 20% of the black vote in swing states such as Michigan, Florida, and Pennsylvania, then Democrats will simply have no path to victory.

Trump has already developed his three-part pitch to black voters, which was reflected in his State of the Union. First, he's already gotten criminal justice reform done. Second, he will give you a choice of where your children go to school — even if you aren't wealthy. And third, he has brought measurable economic progress to minority communities.

The first prong of this platform came through in Trump’s compelling Super Bowl advertisement, which highlighted the story of Alice Johnson. This grandmother was serving a life sentence for nonviolent drug crimes until Trump commuted her sentence. The commercial touted the president’s passage of the First Step Act, a bipartisan, landmark criminal justice reform bill that took the nation one step closer to a just prison system by focusing on rehabilitation and preventing recidivism.

Criminal justice reform disproportionately benefits black people such as Johnson. It polls extremely well among black voters too. Trump is wise to make this a key part of his pitch, which he echoed in his State of the Union address.

The Trump administration has also promoted school choice initiatives at every turn. These programs, which allow low-income students and their families to escape failing public schools and attend public charter schools or private institutions, are proven to deliver results and, unsurprisingly, poll excellently with minority voters.

Trump's reelection campaign can tout his support for proposals such as Education Secretary Betsy DeVos’s Education Freedom Scholarships. Democrats, in contrast, have turned against all forms of school choice. Most of this year's Democratic presidential candidates even reject charter schools, which President Barack Obama strongly supported during his tenure. This is a great reason why black voters might choose now to jump ship. Support for school choice helped Gov. Ron DeSantis win Florida in 2018 over a black Democrat — in part, due to black mothers backing him. It can work for Trump too.

Trump is also rightfully touting record-low unemployment rates for blacks every chance he gets, including during his State of the Union address. The promising figures are a continuation of a longer-term trend, but there’s no doubt the president deserves some credit for the rising economic tide.
...

As Democrats consider their leading options for president — Pete Buttigieg, Bernie Sanders, and other candidates who will struggle more than your average Hillary Clinton (let alone an Obama) to win black voters — they have every reason to worry.
https://www.washingtonexaminer.com/opinion/editorials/democrats-should-be-very-afraid-of-trumps-powerful-pitch-to-black-voters
Posted by Frances Rice at 9:46 AM