IT'S OVER: President Trump Acquitted on Impeachment Charges 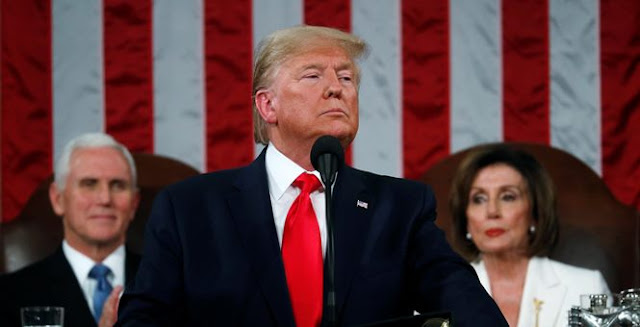 President Donald J. Trump has been acquitted by the Senate on abuse of power and obstruction of Congress. Republicans, with the exception of Utah Senator Mitt Romney, voted to acquit President Trump on both charges.

Romney voted only to acquit on obstruction of Congress. Democrats voted to convict on all charges.

"Two-thirds of the senators present not having pronounced him guilty, the Senate adjudges that the respondent Donald John Trump, President of the United States, is not guilty as charged in the first article of impeachment," Chief Justice John Roberts.

"Two-thirds of the senators present not having pronounced him guilty, the Senate adjudges that the respondent Donald John Trump, President of the United States, is not guilty as charged in the second article of impeachment."

"It is therefore ordered and adjudged that the said Donald John Trump be, and he is hereby, acquitted of the charges in said articles," Roberts continued, end the trial.

Leading Republican Senators like Lindsey Graham had predicted President Trump would be acquitted in a bipartisan fashion.

The White House has released a response:

“Today, the sham impeachment attempt concocted by Democrats ended in the full vindication and exoneration of President Donald J. Trump. As we have said all along, he is not guilty. The Senate voted to reject the baseless articles of impeachment, and only the President’s political opponents – all Democrats, and one failed Republican presidential candidate – voted for the manufactured impeachment articles.

“In what has now become a consistent tradition for Democrats, this was yet another witch-hunt that deprived the President of his due process rights and was based on a series of lies.  Rep. Adam Schiff lied to Congress and the American people with a totally made up statement about the President’s phone call.  Will there be no retribution?

"Speaker Nancy Pelosi also lied to the American people about the need to swiftly pass impeachment articles they dreamt up, only to sit on them for a month before sending over to the Senate.  In the Senate, the Democrats continued to make their political motivations clear – Rep. Schiff proclaimed the issues “cannot be decided at the ballot box” – proving once again they think they know better than the voters of this country.

"This entire effort by the Democrats was aimed at overturning the results of the 2016 election and interfering with the 2020 election.

"Throughout this wholly corrupt process, President Trump successfully advanced the interests of the United States and remained focused on the issues that matter to Americans.  He spent his time achieving real victories for the people of this country, and the Democrats – once again – have nothing to show for their fraudulent schemes.

"The President is pleased to put this latest chapter of shameful behavior by the Democrats in the past, and looks forward to continuing his work on behalf of the American people in 2020 and beyond."

The Republican National Committee has also released a statement.

"Once again, Democrats have failed in their quest to erase the votes of 63 million Americans and destroy a duly-elected President. The American people won today, but they will not forget the division that Democrats brought upon our country for three years.

"This November, voters will hold Democrats accountable at the ballot box and vote to re-elect President Trump and Republicans across the board." 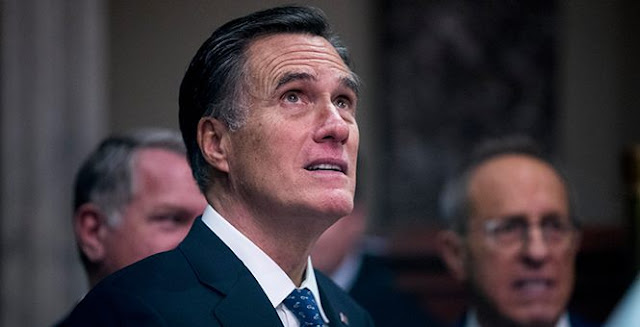 Sen. Mitt Romney (R-UT) is a traitor. He’s voting to convict Trump on one of the articles of impeachment. He’s siding with Democrats and exposing himself as someone who is against the Great American Comeback.

To all those blue-collar workers who stayed home in 2012 because Obama was too liberal and Romney looked like the guy who fired them, he didn’t disappoint. He just spits in your face with this vote which is a direct missile fired at the blue-collar comeback that’s been engineered by this White House.

Romney is doing this because of his conscience. Well, good for him. He’s principled, right? Except that he’s not. Donald Trump Jr. cited a damning Twitter thread by Gregory T. Angelo who noted the years of flip-flopping by Romney, exposing him as the guy who just wants to be invited to the cocktail parties.

He called Trump a conman and then vied to become his secretary of state. He said he didn’t want to return to the days of Ronald Reagan in 1994, and then said he would very much like to see a Reagan Republican be the 2008 nominee.

The man is doing this because he thinks he can run for president again.

Why would he do this? It seems Mitt has become infected with John McCain syndrome of just being angry.

As Steve Guest noted, Trump is more popular than him in Utah and with this move, made the impeachment all about him—as he’s done without fail in years past.

Mitt isn’t principled. He’s a spineless politician who just wants to be liked—and this is the perfect way to remain hated. He’s a man without a country now and the Republican Party should move to expel him. He’s a loser. He’s a traitor. And he will not be missed.

“Mitt cares so much about conservatism, the Constitution, American prosperity, protecting the unborn and securing our borders that when it really counts he is willing to backstab the most effective defender of all those things and hand the lunatic democrat-socialists a win.”

Wall Street Journal’s Kimberley Strassel added that Senate Minority Leader Chuck Schumer should send Mitt a “thank you card” because this vote only screws over Senate Republicans and helps Democrats in their build to retake the upper chamber.

CLICK HERE TO VIEW THE REST OF THIS ARTICLE.
Posted by Frances Rice at 10:58 PM