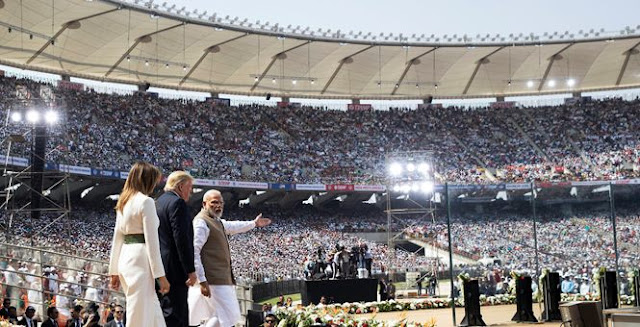 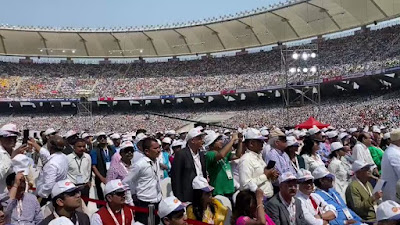 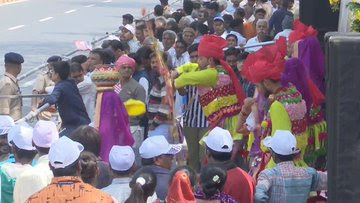 Instead of red #MAGA hats, the cricket stadium on India is full of white #NamasteTrump hats... so cool to see.

The entire packed Motera stadium erupts in huge cheer to welcome President Trump as #NamasteTrump reverberates all around. 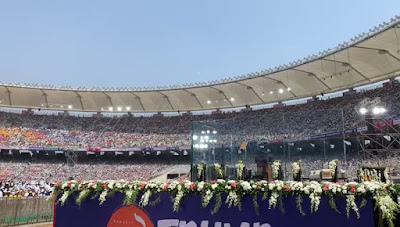 “The First Lady and I have just traveled 8,000 miles around the globe to deliver a message to every citizen across this nation: America loves India — America respects India — and Americans will always be true and loyal friends to the Indian people,” Trump said in Gujarat. 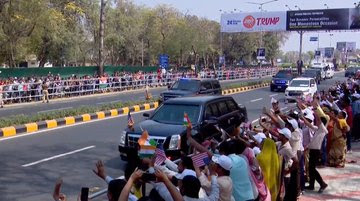 He thanked India for the incredibly warm welcome they were given, saying they "will remember it forever." 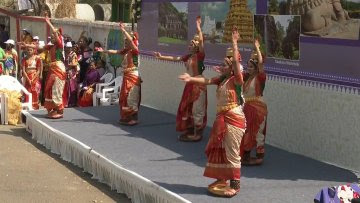 "From this day on, India will always hold a very special place in our heart," he said. 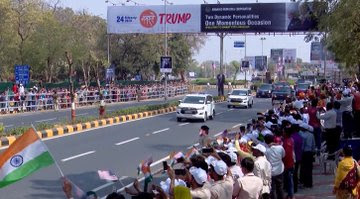 The president is in the country to discuss bilateral trade and security issues.
The trip comes amid a tit-for-tat trade dispute between the two countries.

Negotiators worked to try to secure a deal before Trump's visit, but talks fizzled over India’s protectionist policies and a scope of differences including e-commerce and digital trade, according to a senior administration official who briefed reporters ahead of the trip.

The U.S. wants more access to Indian markets on agricultural products and medical devices while India is aiming to restore its preferential status in a trade program for developing countries.

Trump said he planned to continue trade discussions with Modi during his visit, calling the prime minister a "tough" negotiator. He said he planned to make a "very very major - among the biggest ever - trade deals," but added talks were in "the early stages. (USA Today)

"I think that the Prime Minister and I can reach a fantastic deal that is good and even great for our two countries…except he's a very tough negotiator," Trump said.

“The United States looks forward to providing India with the best and most feared military equipment on the planet. We make the greatest weapons ever made – airplanes, missiles, rockets, ships. We make the best, and we are dealing now with India,” Trump said.

“I am pleased to announce that tomorrow our representatives will sign deals to sell over $3 billion in the absolute finest, state-of-the-art military helicopters and other equipment to the Indian armed forces,” he added.