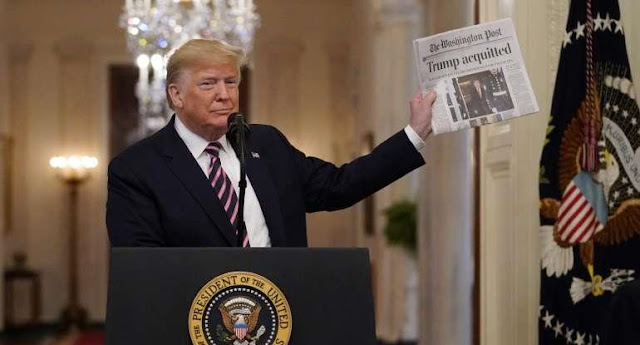 Make no mistake about: President Trump has had a great week, and the Democrats had a lousy one. Not even the liberal media denies it. "Donald Trump is having a week that's frustrating a lot of Democrats," CNN's Jake Tapper conceded as early as Tuesday. And he wasn't the only one who noticed. "Democrats are reduced to hoping the president's luck finally runs out," wrote The Week's Damon Linker. "It’s been a pretty good week for Donald Trump," wrote David Graham of The Atlantic. "In fact, it’s hard to think of a better week in the Trump administration."

"Republicans say Donald Trump had perhaps the best week of his presidency, nine months before the election. And even some Democrats privately agree with that assessment," wrote Scott Wong of The Hill.

Should Trump be re-elected in November, it's no stretch of the imagination to predict that many pundits will point this past week as the moment his re-election became inevitable.

Let's review what happened this week, and why Team Trump should be celebrating.

Trump's tremendous week was foreshadowed by the disaster that became of the Democratic Iowa caucuses. Bernie Sanders came in with momentum and all eyes were on the Hawkeye State to see who would actually emerge victorious, as the caucuses have typically predicted which candidate will ultimately win the Democratic Party's nomination.

Instead, results were delayed... and delayed... and delayed some more. Something went wrong, horribly wrong, which was traced back to problems with an app that was developed specifically for the caucuses to report results, prompting accusations of shenanigans designed to hurt Bernie Sanders and prevent him from declaring victory Monday evening.

Results wouldn't come in until later in the week, and reports of errors in the numbers only added fuel to the fire that the Democratic Party is run by corrupt and incompetent people.

Worse yet, turnout for the Democrat caucuses was lower than expected, matching 2016 levels, as opposed to 2008 levels. Meanwhile, Trump broke a record for the most votes for an incumbent president in the Iowa caucuses.

With Democrats in disarray, Trump's great week continued when a new Gallup poll was released giving him the highest marks of his presidency. While he's never hit the 50 percent mark in the Gallup poll, he reached 49 percent in their new survey, which not only was a high for him personally but also outperforming Barack Obama at the same point in his presidency. CNN's Chris Cillizza was flabbergasted, calling the results "remarkable, given the first 3+ years of Trump's presidency and the fact that he became just the third president in American history to be impeached by the House last month."

Tuesday also ended on a high note for President Trump when he delivered his State of the Union address, which was met with overwhelming approval by voters, including 82 percent of independents, and even 30 percent of Democrats, according to a CBS/YouGov flash poll.

Adding to Trump's triumphant evening was the amazing pettiness of Democrats that was on full display. Democrats refused to clap for America's successes, and upon conclusion of the speech, Nancy Pelosi ripped her copy of the State of Union. The totality of this anti-American and juvenile behavior backfired on the Democrats.

Trump's epic week continued on Wednesday with his impeachment acquittal. Though acquittal was always expected, many believed that Democrats would manage to get a couple of moderate Republicans, like Susan Collins and Lisa Murkowski, to vote with them to convict. Ultimately, they only got Mitt Romney, and on just one of the two charges. Their failure to secure more moderate Republican votes was a true condemnation of the partisan nature of impeachment and the unfair nature of the process in the House of Representatives.

Trump's post-acquittal victory lap continued on Thursday with a 45-minute off-the-cuff address to the nation, during which he unloaded on James Comey, Adam Schiff, Nancy Pelosi, and the Democratic Party for their partisan witch hunt. “We first went through Russia, Russia, Russia. It was all bulls**t," he said. "We then went through the Mueller report, and they should have come back one day later. They didn’t, they came back two years later after lives were ruined after people went bankrupt. They kept it going forever because they wanted to inflict political pain on someone who had just won an election.”

Capping off Trump's triumphant week was the release of new economic numbers by the Labor Department. In January, payrolls increased by 225,000, beating expectations and the December numbers were revised upward to 147,000. The labor force participation rate also reached a Trump-era high of 63.4 percent, and even liberal "economist" Paul Krugman conceded Trump's economy is strong. "Let’s be honest: The U.S. economy is running pretty hot these days," Krugman said.

Arguably Trump had a great Friday evening as well when the Democrats held their debate in New Hampshire. Every Democrat on stage hesitated to say that they were concerned about having a democratic socialist at the top of the Democratic ticket. Think that moment won't show up in a Trump ad?