Democrats Triple Down on Threatening the Supreme Court 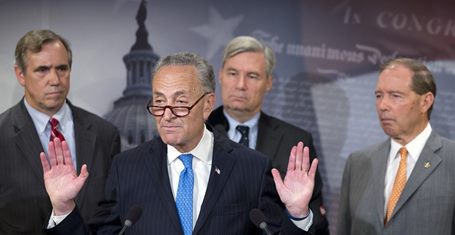 "I want to tell you Justice Kavanaugh and Justice Gorsuch: You have unleashed a whirlwind, and you will pay the price," Schumer said to a pro-abortion crowd.

After Chief Justice John Roberts berated Schumer for his remarks, calling them "dangerous," Schumer doubled down with a statement that doesn't reflect the facts and proceeded to attack Roberts.

Then, other Democrats started piling on and justified Schumer's behavior.

Meanwhile, Republican Senator Josh Hawley is calling for Schumer to be censured.