Top of Form
By William A. Jacobson 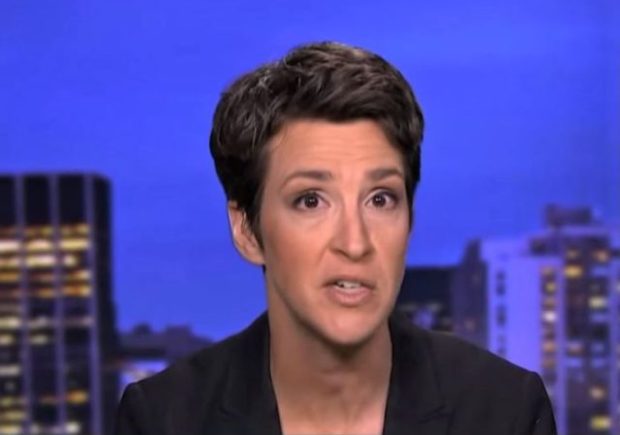 The Trump press conferences are a problem for the anti-Trump media, because they give Trump direct access to viewers with minimal filtering by the networks.

Donald Trump’s daily press conferences, attended by numerous senior health and other officials, are a must-watch. Enormous information is provided by officials, and Trump signals where he thinks the crisis is going. Trump spends an hour or more taking reporter questions, some of which are hostile.

The press conferences almost certainly have large audiences, and have contributed to polling that shows strong support among the public for Trump’s handling of the crisis.

This is a problem for Democrats, as I reported in Biden has all but disappeared during Wuhan coronavirus crisis, as #WhereIsJoe? trends. Biden’s disappearance has been noticed by Democrats, particularly Bernie supporters. Peter Daou, a longtime
Hillary supporter, tweeted his frustration:

People, I mean this sincerely: #whereisjoe?

Trump is in front of the cameras every day, reassuring people, putting on the appearance of “leadership.”

Where is #Biden? Why isn’t he dominating the airwaves???* * *
And: Two new polls show Trump with majority approval on his handling of the #pandemic.

If Dem leaders think this crisis will definitely damage him, they are greatly mistaken.

If they cede the appearance of leadership to him, it’s a major problem.

Joe Biden doesn’t have the mental acuity or stamina to handle such daily press conferences, and that reality is sinking in with Democrats.

The Trump press conferences also are a problem for the anti-Trump media, because they gives Trump direct access to viewers with minimal filtering by the networks. Sure, the networks can (and do) spin against Trump, but people get to watch and hear it themselves. In this way, the press conferences act in much the same way as Trump’s Twitter account.

So numerous high profile media types have a solution: The networks should stop broadcasting the press conferences because Trump is misleading the public.

This argument, of course, ignores that there are dozens of reporters from hostile news outlets in the room throwing questions at Trump and challenging him, and that hours of MSNBC, CNN and other network airtime are devoted to attacking what Trump said at the press conferences.

More and more each day, President Trump is using his daily briefings as a substitute for the campaign rallies that have been forced into extinction by the spread of the coronavirus.

These White House sessions — ostensibly meant to give the public critical and truthful information about this frightening crisis — are in fact working against that end.

Rather, they have become a daily stage for Trump to play his greatest hits to a captive audience….

Trump is doing harm and spreading misinformation while working for his own partisan political benefit — a naked attempt to portray himself as a wartime president bravely leading the nation through a tumultuous time, the FDR of the 21st Century.

The press — if it defines its purpose as getting truthful, useful, non-harmful information to the public, as opposed to merely juicing its own ratings and profits — must recognize what is happening and adjust accordingly. (And that, granted, is a very big “if”)

That’s pretty rich coming from someone who worked for the two newspapers that pushed the Russia-collusion hoax for three years, almost alwasy based on anonymous source that didn’t pan out.

This is a now theme in the mainstream media, that they should be the gatekeepers to information despite several years of lying and conspiracy theories. No thank you, we can watch and we can understand and we can make our own decisions. You are not as smart as you think you are.

But calls to shut down the live press conference broadcasts are even richer coming from the queen of Russia-collusion conspiracy theorists, Rachel Maddow.

Maddow, you will recall, is an Alex-Jones-level conspiracy pusher, the difference being that Jones has been deplatformed while Maddow has a prime time show on MSNBC that feeds off Resistance paranoia and venom. I covered Maddow’s history in Again We Ask: Why Isn’t Rachel Maddow Treated Like Other Crazy Conspiracy Theorists?

Here’s Maddow using prime time to call for the media to censor Trump:

“I know we ought to be getting used to this kind of thing by now, but I’m not. President Trump today, again, just flat-out wrong in public about this malaria drug that has gotten stuck in his mind, quite some distance from the facts,” Maddow said on her show.

“If the president does end up saying anything true, you can run it as tape but if he keeps lying like this every day on stuff this important, all of us should stop broadcasting it. Honestly, it’s gonna cost lives,” she added on the program.

Notice Maddow is the one lying. The malaria drug can be used for coronavirus off-label, there is anecdotal evidence of its effectiveness, but the FDA requires more systematic testing before off-label use could become on-label use.

Of course, resident MSNBC loon Lawrence O’Donnell, who substitutes angry faces and nastiness for intelligence, is all on board with not broadcasting the press conferences, referring to a clip of Maddow:

The most important thing said on TV yesterday.

Eric Boehlert, a former Media Matter writer and prominent liberal media observer, also is on board: 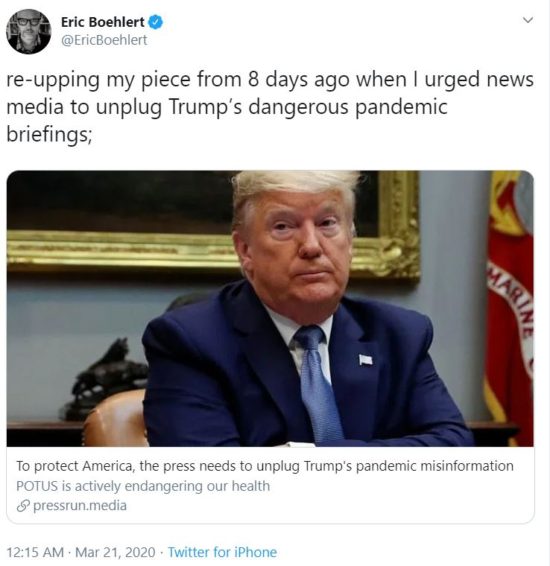 There is a chorus of liberal journalists and activists calling for the networks to stop the broadcasts, under the #StopTheBriefings Twitter hashtag.

I hope Trump does the briefings and takes questions 7 days a week. These are the most transparent sessions I’ve seen in any president in my lifetime.

The media can criticize Trump all it wants, but the call to censor the press conferences simply confirms that they are not journalists, but as Prof. Glenn Reynolds says, Democrats With Bylines.