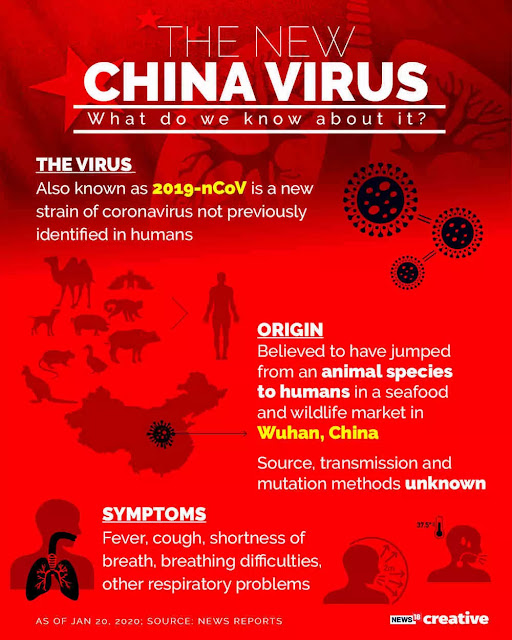 Marc Thiessen argues that the Wuhan coronavirus “should be forever linked to [China], the regime that facilitated its spread.” He’s right. I’ll let him explain:

We are in the midst of a pandemic lockdown today because the Chinese Communist regime cared more about suppressing information than suppressing a virus. Doctors in Wuhan knew in December that the coronavirus was capable of human-to-human transmission because medical workers were getting sick. But as late as Jan. 15, the head of China’s Center for Disease Control and Prevention declared on state television that “the risk of human-to-human transmission is low.”

On Jan. 18, weeks after President Xi Jinping had taken charge of the response, authorities allowed a Lunar New Year banquet to go forward in Wuhan where tens of thousands of families shared food — and then let millions travel out of Wuhan, allowing the disease to spread across the world. It was not until Jan. 23 that the Chinese government enacted a quarantine in Wuhan.

If the regime had taken action as soon as human-to-human transmission was detected, it might have contained the virus and prevented a global pandemic. Instead, Chinese officials punished doctors for trying to warn the public and suppressed information that might have saved lives.

According to the Times of London, Chinese doctors who had identified the pathogen in early December received a gag order from China’s National Health Commission with instructions to stop tests, destroy samples and suppress the news. 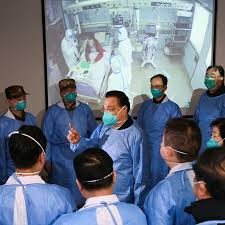 Here is a portion of the Sunday Times of London article to which Thiessen refers:

Chinese laboratories identified a mystery virus as a highly infectious new pathogen by late December last year, but they were ordered to stop tests, destroy samples and suppress the news, a Chinese media outlet has revealed.

A regional health official in Wuhan, centre of the outbreak, demanded the destruction of the lab samples that established the cause of unexplained viral pneumonia on January 1. China did not acknowledge there was human-to-human transmission until more than three weeks later.

The detailed revelations by Caixin Global, a respected independent publication, provide the clearest evidence yet of the scale of the cover-up in the crucial early weeks when the opportunity was lost to control the outbreak.

Censors have been rapidly deleting the report from the Chinese internet.

Caixin reported that several genomics companies sequenced the coronavirus by December 27 from samples from patients who had fallen sick in Wuhan.

There was a striking similarity between the new virus and the Sars (severe acute respiratory syndrome) coronavirus that killed nearly 800 people in 2002-3. But the news was shared with only a small group of medics and party officials.

The laboratory findings were relayed to officials in Beijing at the Centre for Disease Control (CDC). The information should have alerted national health chiefs to a looming crisis, but on January 3, the National Health Commission, China’s top medical authority, issued its own gagging orders. Laboratories were told not to release any information and to hand over or destroy the samples.

When a CDC team was sent to Wuhan on January 8, it was deliberately not informed that medical staff had already been infected by patients — a clear confirmation that the disease was contagious.

It was entirely predictable that the Red Chinese would respond as they did. As Thiessen says:

This is what totalitarian regimes do. First, they lie to themselves, and then, they lie to the world. The system creates such fear that people are terrified to report bad news up the chain, causing “authoritarian blindness.”

Then, when those at the top finally discover the truth, they try to cover it up — because leaders who abuse their people are less concerned with saving lives than making sure the world does not discover the deadly inefficiency of their system.

Thiessen draws an additional lesson from China’s response to its coronavirus and the devastating consequences to the world:

The ongoing pandemic should serve as a reminder of the lesson that President George W. Bush tried to teach us after the Sept. 11, 2001, terrorist attacks: What happens thousands of miles away in a foreign land can affect us here at home.

Both viruses and virulent ideologies fester in the fever swamps of totalitarianism and then emerge to kill us in our cities and our streets. Two decades ago, it was a terrorist attack; today, it is a once-in-a-generation pathogen. But in both cases, the lack of freedom in a distant land created conditions that allowed an unprecedented threat to grow, bringing death and destruction to our country.

What Bush called the “freedom agenda” is out of vogue today. But we can now see that caring about freedom is putting America first, because how China treats its people affects the health and security of the American people.

I think Thiessen is right, again. Freedom abroad is in America’s interests.

This doesn’t mean that every foreign intervention we might undertake in the name of freedom is wise. (No one advocates invading China, to cite an extreme example.) It doesn’t even mean, necessarily, that all of President Bush’s interventions were wise or worth sustaining.

It does mean that the internal affairs of nations all over the world matter to America. We should not regard them with indifference.