Joe Biden is a nasty piece of work 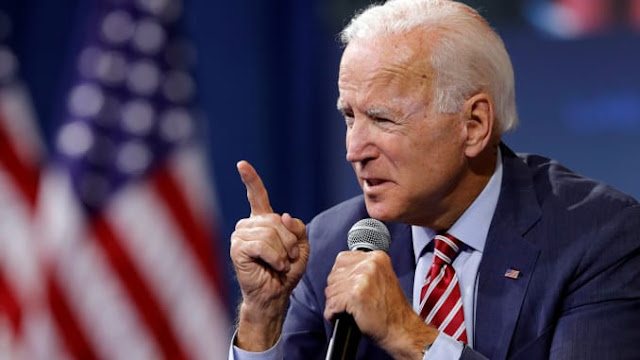 In his post about Bernie Sanders’s pro-Cuba sentiments, John concluded:
Sanders is either an evil man, or a profoundly stupid one. No wonder the Democratic Party establishment wants to go with Joe Biden, who is undeniably stupid, but, at least arguably, not evil.

I don’t consider Biden evil, but he’s a nasty piece of work. I have heard this not just from conservatives, but also from some on the left who stood in his way on particular matters.

Kevin Williamson presents his indictment in an article called “Joe Biden: Not a Socialist, Just a Scoundrel.” Williamson writes:

[Biden] is a vicious self-serving political hack, for one thing, one whose ambition leads him from time to time into shocking indecency. You may have heard that Biden lost his wife and daughter in a horrifying drunk-driving wreck, the fault of a monster of a man who irresponsibly “drank his lunch,” as Biden puts it.

Biden’s wife and daughter did, in fact, die in a car wreck. That is true. It is not true that the driver of the other car was drunk, that he had been drinking, or that there was any reason to believe he was drunk or had been drinking — or even that he was at fault.

The late Mrs. Biden “drove into the path of [the] tractor-trailer,” the police report says. But Biden, like every other third-rate ward-heeler of his ilk, thinks and speaks only in terms of good guys and bad guys, white hats and black hats — and if something bad happens to good people, then it must be because somebody in a black hat did something nefarious.

The driver of that truck went to his grave haunted by Biden’s lies, to the point where his children were forced to beg the vice president to stop defaming their late father. The casual cruelty with which Biden is willing to subordinate the lives of ordinary people to his political ambitions — for the sake of a petty tear-jerker line in one of his occasionally plagiarized stump speeches — is remarkable.

A man who can lightly misrepresent the circumstances surrounding the death of his wife and infant daughter is liable to be just as cavalier when it comes to, say, slavery, telling a largely black audience that Mitt Romney — Mitt Romney! — wants to “put y’all back in chains.” (Oh, that “y’all”!) Cynical doesn’t begin to cover it.

One of the worst features of our political life is the ugly and dishonest fights we have over Supreme Court nominations — a habit that can be laid squarely at the feet of Joe Biden, who along with Ted Kennedy, that pillar of human decency, organized one of the worst smear campaigns in modern American political history against Robert Bork, whose great crime against humanity was taking the “extremist” position that the Constitution actually says what it says rather than what anybody with power wishes it would say at any given moment. . . .

Don’t like the way Merrick Garland was treated? Mitch McConnell didn’t start that game — he is just better at it than his contemporary Democratic colleagues are. For lying partisan viciousness in the modern mode, Joe Biden is your man.