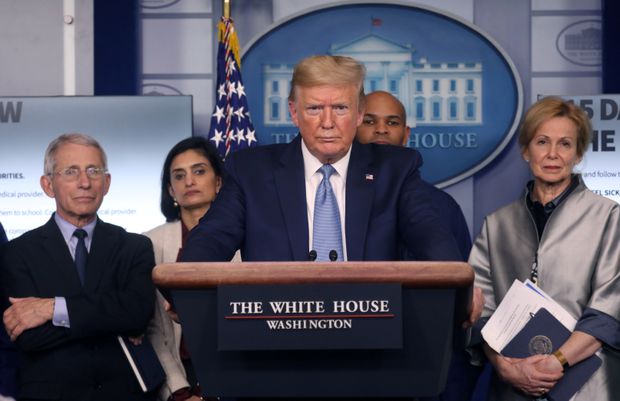 President Trump on Wednesday announced that the U.S. and Canada are temporarily closing their shared border to non-essential traffic as part of the effort to tackle the coronavirus pandemic.

"We will be, by mutual consent, temporarily closing our Northern Border with Canada to non-essential traffic," Trump tweeted. "Trade will not be affected. Details to follow!"

As of Wednesday morning, there were 6,519 cases and 114 deaths in the United States. Canada, meanwhile, has recorded 598 cases of coronavirus and has so far had eight fatalities nationwide.

The move comes as countries across the globe shut down their borders in order to combat the virus that has brought daily life to a standstill. Trump on Saturday added the U.K. and Ireland to a 30-day European travel ban, while Canadian Prime Minister Justin Trudeau on Monday previously had closed Canada's borders to all foreign nationals except U.S. citizens.

Trudeau is currently in self-quarantine after his wife Sophie tested positive for the virus.