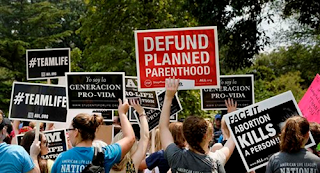 One horrific video shows a Planned Parenthood doctor, harvesting the brain of an aborted baby who was still alive.  This is both immoral and outrageous!  Planned Parenthood, our nation's giant abortion mill, gets about $500 million from our federal government each year.

The time has come to defund Planned Parenthood and end using our tax dollars to fund this criminal syndicate.

The below article provides the details of how Planned Parenthood targets black babies and states the chilling revelation that "the most dangerous place for an African American is in the womb." 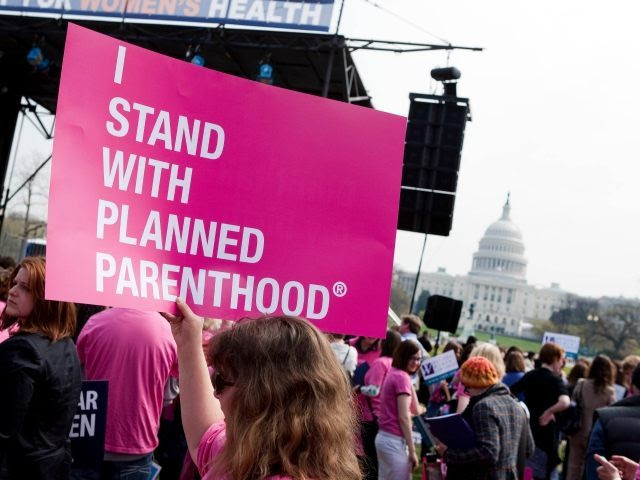 At the annual NAACP convention in Philadelphia, one pastor protested the group's support for legal abortion, using a huge, attention-grabbing poster of the confederate flag side by side with the picture of an aborted child.

Under the confederate flag were the words: "Evil done to us?" while the words under the 10-week-old fetus were: "Evil done by us?"

Rev. Clenard Childress, the black pastor of the New Calvary Baptist Church in Montclair, N.J, is campaigning to have the NAACP reverse its 2004 decision to endorse abortion, asking pointedly whether the black lives of aborted children matter to the NAACP.

No stranger to provocation, Childress has stated that "the most dangerous place for an African American is in the womb."

Calling abortion in America "racist genocide," Childress said that since 1973, after the Supreme Court legalized abortion on demand, 13 million African-American babies have been put to death through abortion. He finds it especially "hypocritical" that the nation's first black president provides funding for abortion giant Planned Parenthood.

Childress, sporting a black-and-white t-shirt with the words, "Stop Funding Racism," said he is "appalled by NAACP silence" over what he calls a "pernicious attack" on African-Americans.

"Barack Obama and his administration is funding Planned Parenthood" to the tune of $545 million a year, he said. That's "very hypocritical" when so many black babies are aborted, he said.

We should hire three or four colored ministers, preferably with social-service backgrounds, and with engaging personalities. The most successful educational approach to the Negro is through a religious appeal. We don't want the word to go out that we want to exterminate the Negro population, and the minister is the man who can straighten out that idea if it ever occurs to any of their more rebellious members.

One such minister is having none of it.

The abortion rate among black American women, Childress points out, is five times higher than among white women, and in 2012, more black babies in New York City were aborted than carried to term, 31,328 to 24,758.

Childress is president of Life Education and Resource Network, Northeast. LEARN is the largest African-American pro-life group in the US. In 2002, he inaugurated the pro-life website Blackgenocide.org, set up to educate the African-American community with the truth about abortion. The website draws parallels between black slavery in the United States, the Nazi party programs in Germany, and the pro-abortion movement in America.

Childress took his controversial message to the 3,000 attendants at the 106th Annual NAACP Convention at the Pennsylvania Convention Center. Though his group had several posters, the one drawing the most attention was that carrying the large confederate flag.

"This connects the dots better than the others," he said.