Unethical: Hillary Clinton’s wheeling and dealing between the Clinton Foundation and her State Department 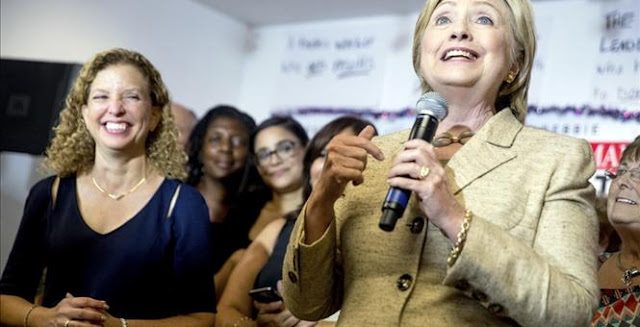 In New Hampshire, the state’s largest paper, the Union Leader, slammed Hillary Clinton’s unethical wheeling and dealing between the Clinton Foundation and her State Department. 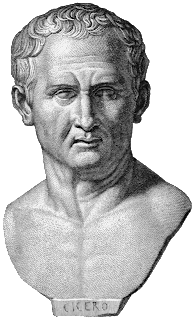 “A nation can survive its fools, and even the ambitious. But it cannot survive treason from within. An enemy at the gates is less formidable, for he is known and carries his banner openly. But the traitor moves amongst those within the gate freely, his sly whispers rustling through all the alleys, heard in the very halls of government itself. For the traitor appears not a traitor; he speaks in accents familiar to his victims, and he wears their face and their arguments, he appeals to the baseness that lies deep in the hearts of all men. He rots the soul of a nation, he works secretly and unknown in the night to undermine the pillars of the city, he infects the body politic so that it can no longer resist. A murderer is less to fear.”
- Marcus Tullius Cicero


America can’t afford to have its next president compromised by conflicts of interest with foreign donors and besieged by scandal, but it’s clearer than ever that’s exactly what will happen if Hillary Clinton wins the White House.

While serving as Clinton’s top aide at the State Department, Cheryl Mills also did high level work on behalf of the Clinton Foundation raising more questions about conflicts of interest.
On the heels of revelations that the FBI and three Justice Department field offices sought a corruption investigation into the Clinton Foundation, a report from CNN reveals Cheryl Mills did work on behalf of the foundation while serving as Clinton’s top aide at the State Department and that State has been stonewalling congressional investigators looking into the matter for months.
The fact that the aide, Cheryl Mills, was taking part in such a high level task for the Clinton foundation while also working as chief of staff for the secretary of state raises new questions about the blurred lines that have dogged the Clintons in recent years.
Cheryl Mills traveled to New York to interview job candidates for a top job at the Clinton Foundation, a CNN investigation has found.
Upon entering office as secretary of state, Hillary Clinton and the Clinton Foundation agreed to a set of rules to ensure any activities by the foundation would not "create conflicts or the appearance of conflicts for Senator Clinton as Secretary of State."
On June 19, 2012, Mills, then the chief of staff for Clinton at the State Department, boarded a New York City-bound Amtrak train in Washington's Union station. The next morning, at the offices of a New York based executive search firm, Mills would interview two high-level business executives. Her mission was to help the Clinton Foundation find a new leader, a source told CNN.
The Senate Judiciary Committee, chaired by Republican Chuck Grassley of Iowa, has tried to get answers about Mills' New York trip as well. Grassley sent Secretary of State John Kerry a letter in January asking the purpose of Mills' trip. The State Department did not officially respond to the letter.
The FBI and three Justice Department field offices sought a public corruption probe into the Clinton Foundation over a suspicious foreign donation while Hillary Clinton was serving as secretary of state.
FBI officials wanted to investigate whether there was a criminal conflict of interest with the State Department and the Clinton Foundation during Clinton's tenure.
The FBI's investigation into Virginia Gov. Terry McAuliffe and his tie to a Clinton Foundation donor was also raised during the meeting.
DOJ said that probe could continue but declined to open a case on the foundation.
CNN reports: Officials from the FBI and Department of Justice met several months ago to discuss opening a public corruption case into the Clinton Foundation, according to a US official.
At the time, three field offices were in agreement an investigation should be launched after the FBI received notification from a bank of suspicious activity from a foreigner who had donated to the Clinton Foundation, according to the official.
Hillary Clinton’s email scandal “looks likely to shadow her campaign all the way through Election Day.”
The Wall Street Journal reports: The email controversy that Hillary Clinton hoped had died out when federal prosecutors closed their investigation last month now looks likely to shadow her campaign all the way through Election Day.
Rolling releases of emails from Mrs. Clinton’s time as secretary of state, combined with her own failure to provide succinct, consistent answers on her email practices, have kept the issue simmering.
Last October, 42% of people polled said her use of a private email system while secretary of state was an “important factor” in whether to vote for her, a Wall Street Journal/NBC News poll showed.
A survey last month found that figure had jumped to 55%.
What’s more, half of voters surveyed said she lacked the right judgment to be president based on a Federal Bureau of Investigation probe that showed she was careless in handling sensitive government information, compared with one-third who said she does have the right judgment.
In Iowa, Hillary Clinton trails Donald Trump in a new poll that also showed 62 percent of voters saying she was not honest and trustworthy.
The Quad City Times reports: Thirteen weeks before Election Day, a Suffolk University poll shows the race in Iowa — often considered a “must-win” state for both candidates — is a statistical dead heat with GOP nominee Donald Trump leading Democrat Hillary Clinton by 1 percentage point.
The Aug. 8-10 live telephone interviews of 500 likely voters found him leading 41 percent to 40 percent with a 4.4 percentage point margin of error.
Another 17 percent were undecided. When third-party candidates were added to the mix, Trump led Clinton 37 percent to 36, with Libertarian Gary Johnson and the Green Party's Jill Stein getting 6 percent and 3 percent, respectively.
Noting that Suffolk found 62 percent of those polled said Clinton isn’t honest and trustworthy and 9 percent weren’t sure, Trump’s Iowa Director Eric Branstad said there’s a good reason for that.
In the Iowa U.S. Senate race, Suffolk found the same result as that NBC/Marist poll: Republican Sen. Chuck Grassley leading Democratic challenger Patty Judge 52 percent to 42 percent with 6 percent undecided.
In Michigan, the economic plan Hillary Clinton outlined in her policy speech in Detroit would impose more crushing regulations on business, leaving America less free to innovate and grow.
The Detroit News editorializes: The first time a Clinton ran for president, it was on an economic agenda that bid the era of big government farewell, and eventually produced a rare balanced budget. Hillary Clinton in Warren confirmed she’s not that kind of Clinton.
Her speech at a Warren manufacturing plant set forth a strategy that will strengthen the government’s grip on the economy, vastly expand spending and impose more than $1 trillion in new taxes.
MORE NEWS ABOUT HILLARY CLINTON'S CORRUPTION:

The Clinton Default Mistake
Her presidency will use the federal enforcement agencies to entrench political correctness.


By Daniel Henninger
The decision to default one’s vote to Hillary Clinton comes in many forms. She is the lesser of two evils. She is the devil we know.
By all accounts, hell is still hell. Before volunteering to spend four years in it, voters about to commit the sin of despair might consider the consequences of a default vote.
The greatest is the economy. Mrs. Clinton will contribute nothing to lift the flatlined aspirations of the eight Obama years.
There is also the matter of Clinton mores, revealed again Monday in a Washington Post story about the way former Sen. Clinton dealt with the economic plight of upstate New Yorkers. Most relevant was the account of Sen. Clinton pushing federal money to the Corning company on behalf of its emissions-reduction technology:
“Corning’s chief executive co-hosted a 2015 fundraiser for her. The company paid her $225,500 in 2014 to speak to Corning executives. Corning also has given more than $100,000 to the Clinton Foundation, its records show.”
Also worth reading are details of the $315,000 eBay gave her for a 20-minute speech last year, but we digress. Our subject is what surely will be the decline and final fall of the American higher-education system under a President Clinton.
The onslaught of political correctness that overwhelmed American campuses the past year may not come up in the presidential debates. But for many voters the campus pillaging of free speech symbolizes a country off the rails.
The New York Times recently ran a piece describing how colleges and universities are experiencing a pull back in alumni giving because of the PC madness. Donations at Amherst fell 6.5% in the last fiscal year. A small-college fundraising organization named Staff reports that giving in fiscal 2016 is down 29% from the year before.
Enraged alumni vent frustration throughout the piece, but one in particular asks, “Where did this super-correctness come from?” There is an answer to that question.
A Clinton victory will empower, for a very long time, the forces now putting at risk one of the country’s incomparable strengths, its system of higher education.
What happened can be explained in one word: diversity.
This is an idea that degraded into a set of destructive obsessions. Those obsessions then became official, destructive federal policy.
At its inception a few decades back, “diversity” described American social structures absorbing new immigrants, alongside blacks and women via affirmative-action commitments. Yes, the immigrant influx is part of the presidential debate, but it is not the subject of this column. Only one political mess a week.
When the schools’ presidents began to create offices of diversity affairs, alumni and trustees waved them in as the right thing to do. Bureaucratize an idea, though, and what do you get? More of it than any normal person could want. It is not an overstatement to say that diversity offices are now running American higher education.
Higher-ed’s trade newspaper, the Chronicle of Higher Education, publishes a yearly supplement called “Diversity in Academe.” Its May cover story was “Who Sets a College’s Diversity Agenda?” The most telling piece inside was: “Auditing Diversity: An interest in assessments is rising as officials strive to show they are committed.”
The National Center for Education Statistics reports the U.S. has more than 7,000 postsecondary Title IV institutions serving some 21 million students. All university administrators know their next job depends on showing evidence of achieving diversity metrics. So they push them, relentlessly. In 20 years, diversity went from an idea to an industry.
Enter the Obama presidency and the cultural left on steroids. In 2011 the Obama Department of Education sent a “Dear Colleague” letter to all higher-ed schools, providing “guidance” on creating sexual-abuse surveillance systems. This is the letter that shut down traditional due process for college students.
For the presidents of these institutions, the “guidance” notice had one key passage. It said that “if a recipient does not come into compliance,” the federal government may “withdraw federal funding.”
Readers of this newspaper do not need more dots connected to understand why nominally sensible college presidents are rolling over like trained puppies to the PC mobs. Resist and Washington will terminate their federal cash flow. None will. All comply. That is raw power.
A President Clinton won’t rein in any of this. Accommodating the ascendant anti-intellectual left across America’s campuses is easy, because the institutions’ own leadership—presidents and trustees—don’t care. So why should she?
In fact, using the full “guidance” powers of the federal enforcement agencies inside Justice, Education, Labor and the EPA against the states and private institutions will be a primary and unaccountable weapon of the Clinton presidency.
This administrative federal power is virtually beyond the reach of Congress. The idea that a President Cruz or Kasich will “roll it all back” in 2020 after 12 years of the federal cement drying is just not serious.
The Nov. 8 vote is the last hurdle of accountability for Hillary Clinton. The price of the Clinton default option looks much too high.
Posted by Frances Rice at 5:57 PM