Dems, not Jeff Sessions, have the real race problem 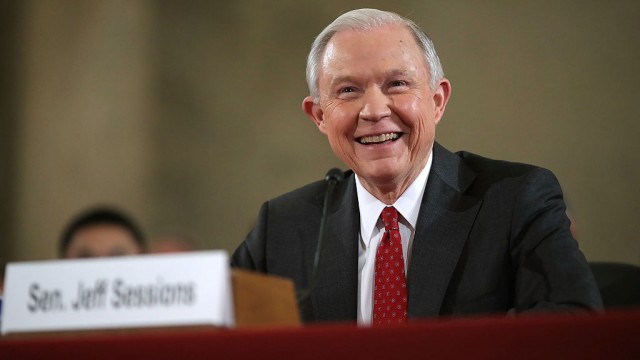 By Armstrong Williams
It is an unfortunate truth that Democrats are not the examples of diversity and inclusion as much as they claim.


They portray themselves as the righteous warriors of truth and conviction, and they actually believe this “truth” to be self-evident. But we must all ask ourselves, particularly as they take the moral high ground while launching a thousand ships of claims of racism against Senator Jeff Sessions, are they truly demi-gods of morality or just puppeteers attempting to pull all of our string?
It's the latter, and I draw this conclusion based on the lack of diversity on their One hundred member United State Senate staffs.
A frustrated and highly disappointed Democratic Senate staffer, who spoke to the New York Daily News recently, stated:
"They are all so phony" ... "Every time I hear any of the Democratic senators, including my own boss, talk about diversity, I cringe, because it's all one big lie. That they've been allowed to enjoy this reputation as a party that values diversity, while doing next to nothing of substance to align their actions with their words, is expert-level deception."
My fellow Americans, a dirty little secret kept in the United States Senate is our high and mighty liberal Senators have serious racial issues of their own.
For example, in an unprecedented move, New Jersey Senator Cory Booker testified against Senator Jeff Sessions, claiming that the senator's values weren't in sync with issues of relevance to many minorities.
However, this seemed odd to many considering Senator Booker thanked Senator Sessions just a year ago  at the U.S Capitol for his help celebrating the 1965 “Foot Soldiers,” those who marched from Selma to Montgomery, Ala., to promote civil rights for African Americans.
So Senator Sessions can't be that much of a racist, or maybe Senator Booker just suffered from a case of amnesia — It's this level of hypocrisy that turns so many people off.
Some may find it ironic, but we shouldn't be surprised by their deceit. There is only one African-American chief of staff in the Senate, and he works for Senator Tim Scott, the sole Republican African-American senator. Senate Democratic leader Chuck Schumer in particular is facing push back for lacking on the diversity front. But if you hear it from them, they are the standard bearers for inclusiveness.
Race is the source of America’s deepest wounds and, despite the incredible level of progress we continue to make as a society on many fronts, this is the one area that continues to plague us again and again.
Senator Sessions should be judged on his character and his ability to do the job of Attorney General. He is obviously experienced for the role and, if you look at his character, he has worked with African-American members of Congress to advocate for and sponsor bills championed by black lawmakers.
Senator Sessions was also the first Republican ranking-member of the Senate Judiciary Committee to hire an African-American chief counsel.
It was Senator Jeff Sessions who walked with arms linked with Congressman John Lewis, a renowned Civil Rights hero, across the Edmund Pettus Bridge.
When you consider these acts, it doesn’t speak of someone who is a racist, but someone who has championed diversity as a lawmaker.
I get it, talking about race is hard, and it is a conversation that I and many other African-Americans feel is long overdue, but we shouldn’t punish Senator Sessions, who is a decent man, because of what we as a society have been unable to tackle as a whole.
Armstrong Williams served as an advisor and spokesman for Dr. Ben Carson's presidential campaign. He is Manager and Sole Owner of Howard Stirk Holdings I & II Broadcast Television Stations and the 2016 Multicultural Media Broadcast Owner of the year. Listen to Mr. Williams on Sirius XM126 Urban View nightly 6:00-8:00pm EST. Follow him on Twitter @arightside.


http://thehill.com/blogs/pundits-blog/the-administration/314257-armstrong-williams-op-ed-dems-not-jeff-sessions-have
Posted by Frances Rice at 10:36 AM