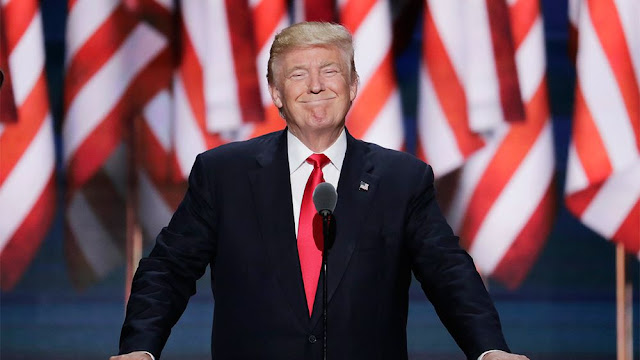 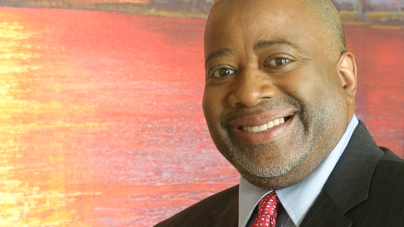 
As I reflected on President Trump’s inauguration last week, I can’t help but think upon one of my favorite quotes by former British Prime Minister, Sir Winston Churchill. Churchill once said: “To every man there comes a time in his life when he is figuratively tapped on the shoulder and offered the chance to do a great and mighty thing; unique to him and fitted to his talents. What a tragedy if that moment finds him unprepared or unqualified for the moment that could be his finest hour.”
On June 16, 2015, Trump was “literally” tapped on the shoulder and declared his candidacy for the presidency of the United States. The God I serve must have pre-ordained this event from Trump’s mother’s womb.
Trump’s declaration to seek the presidency provided him an opportunity to do a great and mighty thing. To seek and to become the President of the United States would be anyone’s crowning achievement of their life.
Trump’s candidacy and his campaign style were without a question unique to him and fitted to his talents. There is no other human on Earth that could have campaigned as Trump did and still win. Trump is a once in a lifetime candidate. He defied all conventional approaches to politics and campaigning.
Trump has an innate ability to tap into the concerns that the voters most care about, without having a pollster telling him what the people think.
The liberal media has already declared that this moment, Trump being president, has found him unprepared or unqualified for the moment that could be his finest hour.
What the media refuses to accept is that Trump has changed the whole approach to the presidency. Trump doesn’t need to adjust to the media; the media must adjust to him. The media is no longer the fourth estate; they are merely fleas that need to be swatted away.
Trump need not be beholden to the dishonest media when he can go directly to the people, unfiltered and uncensored.
Never has a U.S. president frequently and accurately labeled the media for what they are —dishonest!
Trump is the Michael Jordan or the Johnny Gill of politics.
Jordan attended the University of North Carolina (UNC) and was coached by the legendary basketball icon, Dean Smith. Smith’s assistant coach at the time, Roy Williams, tells a fascinating story about how they got Jordan to attend their school after Williams spotted the best 6-foot 4-inch high school player he’d ever seen one fateful afternoon at the Carmichael Gym.
Johnny Gill, the R&B legend was signed to his first recording contract at the ripe old age of 16. Gill had such a booming, thunderous, mature voice for a 16 year-old and the music industry didn’t know what to do with his untapped potential.
His first album and label deal didn’t do too well. Instead of trying to change Gill to fit the current trends, his next label, Motown, decided to write their songs to fit who Gill was. Wow, what a novel concept.
In a similar manner, this explains the Trump phenomenon.
June 16, 2015, Trump publicly acknowledges his “tap on the shoulder” and surrounded himself with the brilliance of people like Corey Lewandowski, his first campaign manager.
Corey was like the music producers for Johnny Gill, who came to understand that you don’t play to the current trends in music and in Trump’s case politics; instead you play to the strengths of your candidate and build your campaign around these strengths.
Corey was brilliant enough to understand this simple principle. Without Corey Lewandowsky, there would be no President Trump.
George Bernard Shaw once told me that “the reasonable man adapts himself to the world, the unreasonable one persists in trying to adapt the world to himself. Therefore, all progress depends on the unreasonable man.”
Lewandowsky was unreasonable enough as campaign manager to let Trump be Trump.
Trump was unreasonable enough to ignore the polls, run with a skin and bones campaign staff, and to speak directly to the American people by going around the dishonest mainstream media.
As long as Trump embodies an “unreasonable” approach to the presidency and governing, I think he will be a very successful president. But the moment he decides to be a “reasonable” president, he will have a disastrous presidency.
Being reasonable has gotten this country into a $ 20 trillion deficit; being reasonable has gotten us a totally dysfunctional educational system; being reasonable has made us into a weak country, internationally.
God has given our new president everything he needs to be a truly great president; one who can “Make America Great Again.”
President Trump, what a tragedy if this moment finds you unprepared or unqualified for the moment that could be your and America’s finest hour.


Raynard Jackson is founder and chairman of Black Americans for a Better Future (BAFBF), a federally registered 527 Super PAC established to get more Blacks involved in the Republican Party. BAFBF focuses on the Black entrepreneur.