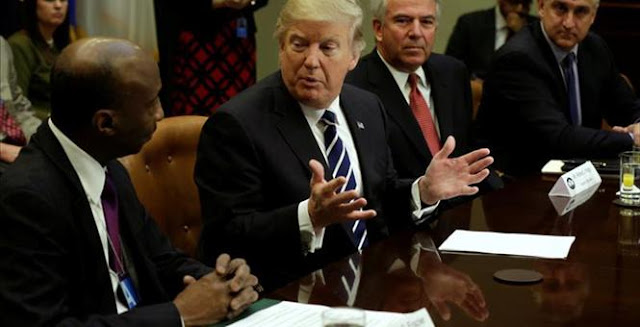 By Katie Pavlich
During a meeting with pharmaceutical industry executives and experts Tuesday morning at the White House, President Donald Trump vowed to cut a number of burdensome regulations on the industry in an effort to bring production of medical drugs back to the United States.
“I'll oppose anything that makes it harder for smaller, younger companies to take the risk of bringing their product to a vibrantly competitive market. that includes price-fixing by the biggest dog in the market, Medicare, which is what's happening. But we can increase competition and bidding wars, big time,” Trump said according to the White House pool report.
“So what I want, we have to get lower prices, we have to get even better innovation and I want you to move your companies back into the United States. And I want you to manufacture in the United States. We're going to be lowering taxes, we're going to be getting rid of regulations that are unnecessary.”
President Trump has called for a comprehensive tax reform plan to be passed by Congress this year in order to benefit all American industries and businesses.