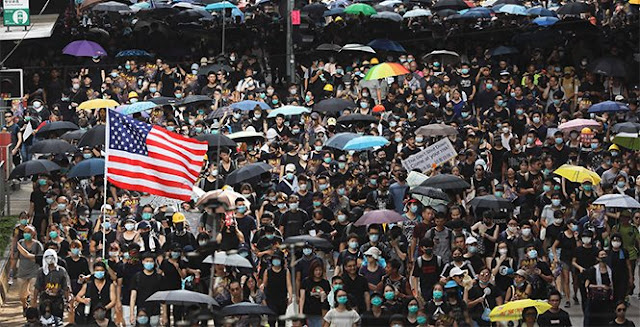 The current unrest in Hong Kong may be the most important geopolitical story of this decade, depending how it plays out. Concerning which, a few observations:

• We know enough from recent decades to declare how dictatorships end: they end only when the rulers lose their nerve to kill their own people in large numbers.

Forget all the fancy models and theories of our idiot schools of international relations. This is, as Machiavelli put it, the “effectual truth” of the matter. This accounts for the peaceful demise of the Soviet Union, though there are other examples. One of the reasons Churchill was relentless in his attacks on Germany in the mid-1930s—when the appeasers were saying everything would be fine and Hitler would turn into a “normal” ruler—was his instinct that a dictatorship cannot let go and liberalize without losing everything.

I doubt China’s rulers have any sentimental misunderstanding of this. They leave that for Harvard Yard and the international “human rights community.”

• China cannot tolerate the mass popular resistance currently under way in Hong Kong. A military crackdown would be Tiananmen Square on steroids and be much more difficult (if only because of the peculiar geography of Hong Kong), but don’t think they will shrink from it if this defiance continues. Tiananmen Square was a mere blip in the road of China’s growth and acceptance by the rest of the world as a leading power and economic boon.

Why shouldn’t they think they could survive the short-term uproar from a military crackdown?

• There is an intermediate possibility, which I call the “1981 Poland Option”—Hong Kong’s own forces impose martial law and crack down themselves without the need for China’s army invading and occupying the city. Though as with Poland in 1981/82, China will run the whole show behind the scenes.

• The one thing that might cause China’s rulers to hesitate is that the short-term economic turmoil (stock markets will drop sharply into correction territory, for starters) would aid Trump in his main object, which is to win a trade war rather than a shooting war with China. China’s already slowing economy may not be able to stand the pressure of even a six-month trade and investment swoon. The Hong Kong turmoil has delivered another ace into Trump’s poker hand.