By Jack Dunphyv| The Pipeline 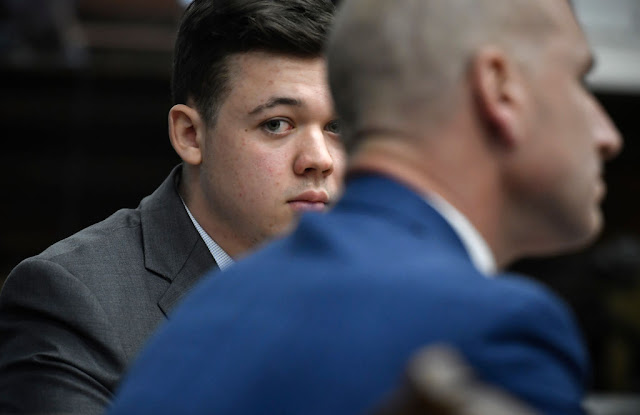 The only thing surprising about the Kyle Rittenhouse verdict was how long it took the jury to reach it. As should be obvious to anyone who understands the law and had the merest familiarity with the facts of the case, Rittenhouse should never have been charged in the first place.

The American Bar Association establishes criminal justice standards for lawyers, among which are those pertaining to prosecutors. Standard 3-4.3(a) of the Prosecution Function reads as follows: “A prosecutor should seek or file criminal charges only if the prosecutor reasonably believes that the charges are supported by probable cause, that admissible evidence will be sufficient to support conviction beyond a reasonable doubt, and that the decision to charge is in the interests of justice.”

Given this standard, and given the evidence they produced at trial, the Rittenhouse prosecutors either ignored the standard or proceeded to trial unfamiliar with the state of their evidence. In other words, they were either corrupt or incompetent, and a case can be made that they were both.

In opening statements, the prosecutors over-promised to the jury, claiming they would produce persuasive evidence of Rittenhouse’s guilt only to have the actual testimony come up short or even prove the exact opposite. One example of this was their claim in opening statement that Rittenhouse had chased Joseph Rosenbaum before shooting him. The evidence came to prove it was Rosenbaum who in fact had chased Rittenhouse, as the prosecutors knew or should have known from viewing video that captured the event and from witness statements to the police.

Then there was the testimony of Gaige Grosskreutz, whom Rittenhouse had shot in the arm. Under cross-examination, Grosskreutz admitted it was only after he had approached and pointed a loaded handgun at Rittenhouse did the defendant fire his rifle at him, a moment in the trial that perfectly encapsulated the pathetic state of the prosecution’s case. And on and on it went, with scarcely a day going by in the trial that didn’t produce further evidence of the prosecution’s malfeasance, ineptitude, or both.

Would that the corruption and incompetence had been confined to the courthouse. The media, having already arrived at a state of decay through four years of fabricated allegations against Donald Trump and his administration, and another year of ignoring or excusing the manifest incompetence of the Biden administration, further beclowned themselves in their coverage of the Rittenhouse trial and the events that engendered it, with certain writers and on-air personalities seemingly in competition to produce the most ill-informed commentary.

Recall that the August 2020 police shooting of Jacob Blake in Kenosha, Wisc., was found to be justified by both state and federal investigators, a conclusion that should have been obvious to anyone familiar with the simple facts of the case: Police responded to a 911 call regarding a domestic dispute involving Blake, for whom there was an active arrest warrant for sexual assault. Blake was armed with a knife, fought with police officers, and attempted to escape in a van he did not own, seated in which were his three children over whom he did not have legal custody.

And yet, how many times was Blake referred to in the media as “another unarmed black man shot by police”? Praised by then-candidates Joe Biden and Kamala Harris (among many others), Blake became another symbol of the supposedly racist criminal justice apparatus, joining Michael Brown, who in 2014 was shot and killed by a police officer in Ferguson, Mo. Like the officer who shot Blake, the Ferguson officer was cleared of wrongdoing by exhaustive local and federal investigations, but the propriety of the shooting was obvious to any dispassionate observer within hours of the incident.

Sadly, the news media are no longer staffed by people who see their mission as informing the public of verifiable facts. Instead, today’s newspaper writers and electronic media reporters are proud purveyors of “narratives,” the details of which are crafted in the tonier enclaves of New York City and Los Angeles. The employees of these outlets are ideologically aligned and virtually interchangeable with one another, reflecting the tastes and inclinations of those predominating in those same tony enclaves on the east and west coasts.

The narrative applied to Kyle Rittenhouse was that he was a “white supremacist” and a “vigilante” with no connection to Kenosha and no conceivable motive to be there other than a malevolent desire to shoot “peaceful protesters.” None of this was true, yet these claims were repeated endlessly on CNN, MSNBC, and in countless print pieces. And, lest we forget, as committed as these news outlets are to advancing the narrative, that commitment is subordinate to their desire to expand their audience. Nothing short of international warfare achieves this purpose better than the type of widespread social upheaval and racial unrest seen after the deaths of Michael Brown in Ferguson, George Floyd in Minneapolis, and the shooting of Jacob Blake in Kenosha.

How else to explain the absence of evidence running counter to the narrative in the coverage of any of these incidents? How else to explain why both CNN and MSNBC aired the prosecution’s closing argument in the Rittenhouse trial but cut away from the defense’s argument? Put simply, they profit from riots, and in such selective, biased coverage they built up public expectations of a conviction even as they were losing confidence in its inevitability.

For the media elites, there were gains to be had no matter the outcome of the trial. Had Rittenhouse been convicted, the narrative of his being a white supremacist and vigilante would have been advanced. With his acquittal a slightly different one comes forth, one in which Rittenhouse is still evil but has now profited from a justice system so corrupted as to fail to recognize it, with the added benefit of potential rioting.

None of this is intended to imply that Rittenhouse is a hero, only that he is neither a white supremacist, a vigilante, nor a murderer. His impulse to defend lives and property in Kenosha, where his father and other relatives live, was noble. But even the noblest of impulses must be tempered by a measure of prudence few 17-year-olds possess.

And there was a need for lives and property to be defended in Kenosha. The Rittenhouse incident took place on the third night of rioting following Jacob Blake’s shooting, by which time it was clear local authorities were unable or unwilling to contain it. It is unsurprising that in the absence of legitimate authority others in the community would step forward and try to defend their homes and businesses from those who would destroy them in the name of some diseased sense of “social justice.”

While it’s true that deadly force cannot be used to defend property, who would argue that the men with whom Rittenhouse joined should have been unarmed? The 2020 protests, endlessly and absurdly described in the media as “mostly peaceful,” were marked by many instances of assault and even murder. While the media busied themselves anointing George Floyd and Jacob Blake into their pantheon of secular saints, how much time did they devote to the death of David Dorn, the retired St. Louis police captain who, during that city’s rioting after Floyd’s death, responded to interrupt a burglary at a friend’s business and was shot to death for his trouble?

Yes, Kyle Rittenhouse was imprudent in deciding to join the older men in Kenosha that night, but note that it was he, and none of those older and stronger men, who was singled out for attack, first by Joseph Rosenbaum, a convicted rapist of young boys, then by Anthony Huber and Gaige Grosskreutz, both of whom had less serious criminal records. They saw Rittenhouse as weak and vulnerable, only to discover too late he was neither.

However unwise his decision to be in Kenosha that night, Kyle Rittenhouse had no obligation to meekly submit to a lawless mob. Neither he, nor any American, has a duty to be a victim. The jury agreed, as they should have.

Jack Dunphy is the pseudonym of a police officer in Southern California. He served with the Los Angeles Police Department for more than 30 years. Now retired from the LAPD, he works for a police department in a neighboring city. Twitter: @OfficerDunphy