No Mainstream 'Journalist' Is More Racist Than MSNBC's Joy Reid 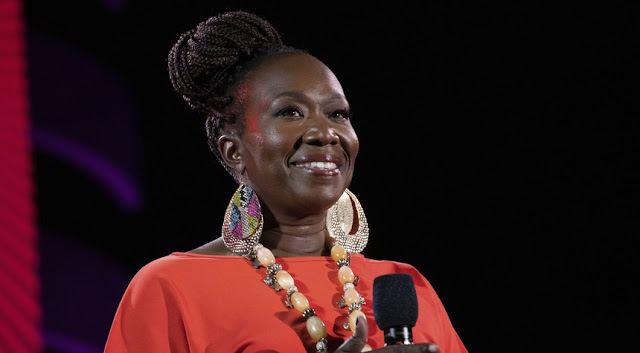 Joy Reid is at it again. Well, she never really ceased her bigotry.

Reid used to run a blog where she often engaged in anti-gay and anti-Muslim rhetoric. The ignoble provocateur eventually figured out that her target audience didn’t like that, so she found a new group of people to hate: the white folks, especially heterosexual conservatives (including teenage boys).

These are Reid’s latest 85 seconds of desperate racial invective:

Why hate anybody at all? I don’t find it impressive when people hate. And hating a group that it’s socially acceptable to hate — whites, Christians, southerners — just shows you’re a coward. Moreover, is there a limit to anti-white pathology?

At some point, might Comcast decide anti-white racism is not something to subsidize and pull the plug on Reid, as they did with the execrable Keith Olbermann a decade ago? Much of her odiousness, sadly, reminds me of anti-Semitic conspiracy theories. Constantly blaming all the world’s ills on one group of people — effectively vilifying them — should not be tolerated by MSNBC.

On Monday, before Reid’s Tuesday racism, Miranda Devine had a dynamite New York Post piece in which she reminded everyone, “This is a woman on a seven-figure salary who went to Harvard and has more elite privilege in her little finger than the 17-year-old son of a single mother who was in Kenosha working as a lifeguard when all hell broke loose in the form of BLM-Antifa riots in August 2020. Yet Reid continually plays the victim and makes her living punching down at white people less fortunate than she is.”

“Every night she spews hatred against white people,” she wrote. “Who knows what pathology drives her, but it’s not healthy, for her or any of her dwindling audience. Shame on MSNBC for elevating such a hate-filled racist to prime time. She has zero charisma….But for some unfathomable reason, she has Teflon protection at the network, even after being caught with homophobic and anti-Semitic comments on her blog.

In the end, there is no way to mollify people who believe such heinous narratives and lionize reprobates. We can only continue to point out their lunacy.

A.J. Kaufman taught school and served as a military historian before beginning his journalism career. His work has appeared in numerous national print and digital outlets since 2005. The author of three books, he also contributes to Alpha News, Israel National News, The Lid, and is a frequent guest on The Ed Morrissey Show. A.J. and his wife currently reside in the Upper Midwest.