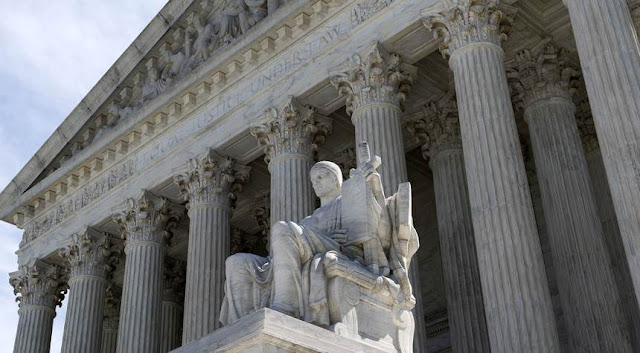 It seems like both an understatement and overkill to call Wednesday a historic day, as the Supreme Court heard the oral arguments in Dobbs v. Jackson Women’s Health Organization, a case that could become a pivotal moment in the abortion debate.

The Court could overturn Roe v. Wade and return abortion policy to the individual states, and as I wrote yesterday, it could change the nature of the abortion debate altogether.

Oral arguments wrapped at lunchtime, but there’s so much that happened. It’s hard sometimes for laypeople to wade through the legalese, but I’ve done the hard work for you, dear reader. Here are 10 things you need to know about today’s oral arguments in Dobbs.

One of the key legal concepts at play in this case is stare decisis, or adherence to precedent. On his radio show today, Erick Erickson said that stare decisis means that you don’t just upend Supreme Court precedent for no reason. Don’t forget: it took over half a century to overturn Plessy v. Ferguson, as bad a decision as that one was.

Ed Whelan wrote at National Review that Chief Justice John Roberts made several arguments regarding stare decisis in Citizens United v. FEC in 2010 that point toward overturning Roe and Casey.

Multiple questions and comments from justices revolved around stare decisis. Precedent is always important in Supreme Court cases, but it seemed to rear its head often today. Justice Stephen Breyer tried to point out that it would “subvert the Court’s legitimacy” (a quote from Casey) to overturn Roe; he also argued that the Court should have the “most compelling reason” to overturn Roe and Casey. In response to Breyer, Mississippi Solicitor General Scott Stewart retorted that Casey wasn’t a great example of letting precedent stand.

Dan McLaughlin pointed out in National Review‘s liveblog that both Breyer and Justice Sonia Sotomayor didn’t make any new arguments for upholding Roe and Casey on stare decisis. “What I am not hearing at all from Breyer or Sotomayor is any argument that would not have been equally applicable in defending Plessy v. Ferguson,” he noted.

2. Alito took an opposite tack, comparing Roe and Casey to Plessy.


Justice Samuel Alito made the opposite argument over stare decisis when he compared Roe and Casey to the bad precedent in Plessy, which was eventually overturned.

3. Roberts searched for a middle ground between upholding the Mississippi law and overturning Roe and Casey.

Chief Justice John Roberts, whose wife has served as a pro bono counsel for a pro-life organization, seemed to search for a way to uphold the Mississippi law without creating earth-shattering precedent.

The Chief seemed to be searching for a middle ground that would enable him to vote in favor of the Mississippi 15-week ban without overturning—or at least without declaring the overturning of—Roe and Casey. If I understood him correctly, he advanced the position that the viability line, which Casey repeatedly declared to be the “central holding” of Roe, was mere dictum (i.e., not part of the actual holding) in both cases.

Whelan also noted that such a middle ground may not be possible and that he hopes Roberts will see that and rule in a way that overturns Roe and Casey.

The Court’s newest justice, Amy Coney Barrett, asked Center for Reproductive Rights attorney Julie Rikelman about “safe haven” laws, which allow women who want to give up their newborns to drop them off in certain places like medical facilities, where the child will be taken care of and the mother would not face prosecution.

Naturally, the ogres at the Daily Beast painted Barrett as an advocate for “forced pregnancy,” but Alexandra DeSanctis points out how untrue that characterization is:

Barrett’s question was designed not to advocate adoption as an abortion alternative but rather to force Prelogar to get to the heart of what principle makes the right to abortion so essential. She was asking, in other words, whether the supposed burden of parenthood is diminished by safe-haven laws. If the aim of abortion supporters is to enable women to choose not to be a parent, why are safe haven laws not good enough? Why must the government also sanction abortion?

Prelogar’s response was, in effect, that both continuing pregnancy and giving up a child for adoption still put too much of a burden on women, and thus abortion needs to remain an option in order for women to have a real choice and real freedom. The right to abortion, in other words, is essential not so that women don’t have to parent or can end pregnancy (which can be done without aborting the child) but so that they can affirmatively do away with an unwanted child.

5. Abortion advocates removed any emotional components to pregnancy in their arguments.

DeSanctis also made an interesting observation in the National Review liveblog about how the pro-abortion attorneys arguing against the Mississippi law characterized pregnancy.

Defenders of abortion, including the two attorneys arguing against Mississippi’s law, speak about pregnancy a) as if it simply “happens” to women spontaneously without their knowledge or consent and b) as if it were an aggressive form of cancer.

Any woman who has had children knows that pregnancy isn’t merely clinical, nor is the woman merely an inactive participant. But that’s how abortion advocates have to characterize pregnancy in order to advocate so forcefully for wantonly snuffing out a new life.

6. Stewart divorced the pro-life movement from a particular religious or philosophical worldview.

Ed Whelan pointed out an assertion that Justice Sonia Sotomayor made:

Right or wrong, people tend to tie the pro-life movement to Christianity or other religious worldviews. But there are those who hold pro-life views for purely secular reasons.

When Justice Alito — a noted Catholic — asked whether a pro-life position is married to a religious mindset, Stewart had a ready reply.

“It’s not tied to a religious view,” he stated, noting that secular scientists also hold a myriad of views on when life begins.

That’s important because it proves that the pro-life movement is more than just a niche religious crusade.

7. Thomas tried to clarify where the right to abortion occurs in the Constitution.

I don’t think there is anything unprecedented or anomalous about the right that the court articulated in Roe and Casey, and the way it implemented that right by defining the scope of the liberty interest by reference to viability and providing that’s the moment when the balance of interest tips and when the state can act to prohibit a woman from getting an abortion, based on its interest in protecting fetal life.

8. Sotomayor came across as callous.

Justice Sotomayor made some awful comments in the discussion when she compared unborn babies to dead people.

She argued that the notion of fetal pain is “not founded in science at all” — a claim which has been debunked.

Alexandra DeSanctis hit the nail on the head when she said, “It says a lot about Roe that one of its defenders on the Court is defending the decision by comparing an unborn child to a dead body.”

“Wise Latina,” my ass. Sotomayor came across as just callous and gross.

9. The Biden administration doubled down on the assertion that abortion is “fundamental.”

Prelogar represented the Biden administration in arguing against the Mississippi law, and she made a telling statement. She said that the Supreme Court “has never revoked a right that is so fundamental.”

As the representative of the Biden administration in this case, Prelogar has doubled down in favor of abortion. This is not simply a pro-choice argument. This is strictly pro-abortion.

Prelogar is proof positive that, for all of the arguments during the 2020 presidential campaign that Joe Biden was a moderate, his administration is planted firmly on the far left.

10. We should expect a ruling in late June.

Don’t expect a ruling to come before Christmas; in fact, don’t expect anything before next summer. It’s not going to be quick, and it may even be the last decision the Court issues this term.

Dan McLaughlin noted in the National Review liveblog at the beginning of the day:

The Court’s term is likely to end the week of June 27-July 1, 2022, and unless the Court suddenly hits on some simpler resolution of this case, I would wager on Dobbs being handed down the last day of the term, probably June 28 or 29.

After arguments, he wrote:

My takeaway: we were never going to get the satisfaction today of feeling that the outcome was in the bag. No big case ever delivers that at argument. Now, we wait until late June, and of course, we hope nothing happens to the Justices in the interim. But it is hard to see how pro-lifers could be more optimistic about how this argument went.

So be patient, folks. It’s going to take some time.

But you know what? We’ll be here, ready to cover the decision and its fallout as soon as we hear something.

If you’re inclined to, I urge you to pray for the proper decision from the Court — one that demolishes Roe and Casey and protects the unborn.