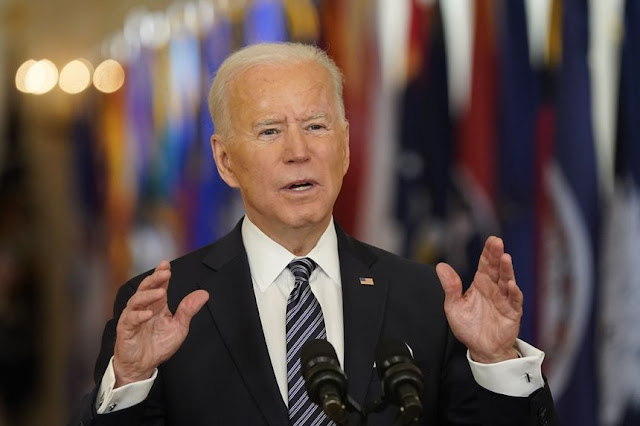 President Biden delivers an address to the nation on the first anniversary of the Covid-19 pandemic shutdown at the White House, March 11. - PHOTO: CHRIS KLEPONIS/POOL/ZUMA PRESS

A bit of humility about what Washington could achieve would have served the president well.

Say what you will, but Joe Biden’s first year in office has one crowning achievement to its name. It has provided a real-time, data-rich, high-intensity and ultimately devastating case study in the defining conceit of progressive politics: the idea that government is the solution.

Mr. Biden laid out this persistent delusion of all true-left believers when he gave a prime-time television address to the nation in March, on the first anniversary of the Covid lockdowns.

“Look, we know what we need to do to beat this virus,” he said: “Tell the truth. Follow the scientists and the science. Work together. Put trust and faith in our government to fulfill its most important function, which is protecting the American people.”

It was an instructive comment. There it was, every item of the progressive creed, every instinct of the liberal Democratic mind, laid bare:

Hubris: “We know what to do.” The unchallengeable authority of technocratic bureaucracy: “Follow the scientists.” The superior virtue of collectivism over individual enterprise: “Work together.”

Above all, that unerring belief in the capacity of government, which commands our “trust and faith.”

When the president made those remarks, 527,726 Covid-19 deaths had been reported in America. We know the number precisely because he told us, citing the card he said he carried with him every day. If he still has that card in his pocket, it will now register a number above 800,000. How can this be? Didn’t he say he knew what to do? Didn’t we just have to follow the science and trust the government?

Calling this out isn’t to blame Mr. Biden for those deaths as he blamed President Trump for a smaller number. It’s to make a wider philosophical point. The government’s ability to do much of anything useful, which is attenuated at the best of times, was overstated again and again by the president and his Democratic allies. The most important advance—by a mile—in the fight against Covid-19 has been the development by profit-seeking companies of vaccines and therapies. Yes, those same companies that progressives want to shackle with regulations imposed by their all-knowing government.

The virus is the most visible refutation of progressive vanity this year, but by no means the only one.

Those liberal geniuses who told us they could manage the economy like a well-honed machine have managed to create the highest inflation in nearly 40 years, eroding real wages and imperiling economic stability. The brilliant ideologues who run our cities have presided over a surge in violent crime that has reduced life for many residents to a real-life dystopia. Those omniscient technocrats who know how to devise and implement a humane and functioning immigration policy have left us with a border in name only and chaos and lawlessness to accompany it. The strategic geniuses who told us “America is back” produced a debacle in Afghanistan whose full ramifications for U.S. security we haven’t even begun to see.

And just this past weekend we saw how those masters of Washington’s legislative process couldn’t craft a bill that would bring along their own party to support it. It took the moderate Sen. Joe Manchin to save the progressives from the consequences of their ideological arrogance and governing ineptitude.

In short, the party that constantly seeks control over our lives is now governing—or failing to govern—a nation that is spinning wildly out of control.

Who could possibly have seen this coming? It’s one thing to have overarching faith in your government’s ability to do things if you’re Franklin D. Roosevelt, Napoleon Bonaparte or Caesar Augustus. But Joe Biden?

It’s not too harsh a judgment to say that this is a man who has risen to the top of American public life without a trace of accomplishment. When you’ve been in national politics for almost 50 years, you ought to have achieved something, if only by accident. But this journeyman politician, when he wasn’t getting almost all the big issues wrong, was largely a bystander. He is now a husk of a leader, a dangerously debilitated figure, who oscillates between displays of vacuous incoherence and weird, angry outbursts, like a confused old man at the wrong bus stop.

Meanwhile, a heartbeat and a spine-chilling cackle away from the presidency, is another living rebuke to the idea that government is virtuous and wise. Vice President Kamala Harris has demonstrated, evidently to the alarm of much of her own staff, that she is simply another of Mr. Biden’s many mistakes—perhaps the biggest one yet. It is a dismaying state of affairs that we must all pray nightly for the continued health of an inept president to avert the calamity of a worse one.

A year ago a bit of wise humility about what he—and government—could achieve would have served the president-elect well. Instead, in less than a year, we have an object lesson in why progressive governance is an oxymoron. 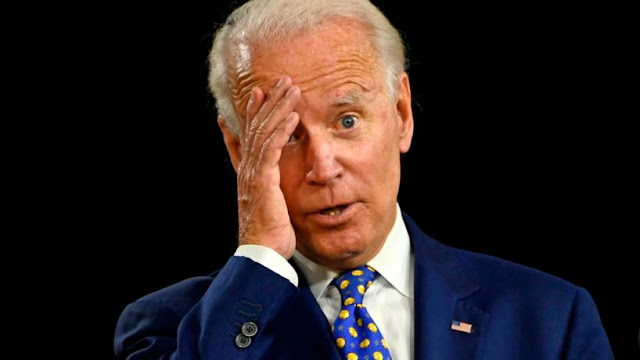 What do the numbers show?

CNN noted that its poll number is actually four points better than the average of all economic approval ratings surveyed in December, which stands at -13%. That means Biden currently boasts the "the lowest net economic rating of any president at this point through their first term since at least Jimmy Carter in 1977," CNN explained.

But it gets worse.

Other important data from the poll:

What does this mean for Biden?

If Biden does not find a solution, and fast, his presidential legacy may become the same as Carter's — or worse.

Not only is Carter known for not solving the economic crisis of the late 1970s, but Carter is known for being on the losing side of one of America's greatest presidential election landslides. In 1980, Republican Ronald Reagan won an astounding 489 Electoral College votes, while Carter — the incumbent — won just 49.

Through polling, Americans are continually showing that the economy is the most important issue for them today. If Biden doesn't turn the tide soon, Democrats stand to face not only electoral disaster in 2022, but in 2024, too.

VACCINATION AND THE CONTEMPTIBLE DR. FAUCI 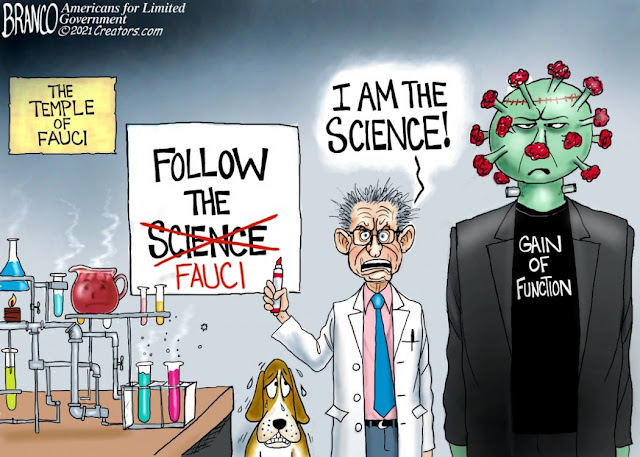 The Democratic Party has become a vast hate machine. With the Biden administration’s policies a shambles of failure, Democrats try to distract voters by stirring up hate against various vulnerable groups. In some cases, that means companies and industries, but the administration’s favorite whipping boys are the unvaccinated.

To hear the Biden administration tell it, the minority of Americans who, for whatever reason, have not been fully vaccinated are responsible for the fact that most covid infections now occur among those who have been fully vaccinated. If you can figure out that logic, let me know, because I can’t.

Political hack Anthony Fauci, speaking for Joe Biden, told us to shun unvaccinated relatives by banning them from our holiday celebrations:

Guest host Alicia Menendez said, “Dr. Fauci, you know very well, there are people deciding whether they’re going to get on planes to be with their families for the holidays. What is your advice?”

Fauci said, “Certainly any kind of travel increases the risk. If you are careful and prudent, and the travel you feel is important, necessary travel, like seeing a member of the family that you have not seen for a long time if you are vaccinated and boosted, and the people that you are visiting are vaccinated and boosted. You can get on a plane and travel, so long as you’re very prudent at the airport of wearing a mask.”

Menendez said, “If someone in your family is not vaccinated, should you ask them not to show up?”

Fauci said, “Yes, I would do that. I think we’re dealing with a serious enough situation right now that if there’s an unvaccinated person, I would say, ‘I’m very sorry, but not this time, maybe another time when this is all over.’”

Since covid is now the common cold, there will never be a time when “this is all over,” if liberals get their way.

Meanwhile, here in Minnesota, far-left Governor Tim Walz, vaxxed, boosted, and living in a bubble, has announced that he has covid. Heh. Who can resist a bit of schadenfreude? But of course there is nothing surprising about this. Vaccinated people catch covid and spread it. The statistics suggest, I think, that most covid infections are now spread from one vaccinated person to another vaccinated person.

So can we finally stop demonizing the unvaccinated minority? No, actually, we can’t: because without demonizing others, the Democratic Party is out of ammo.