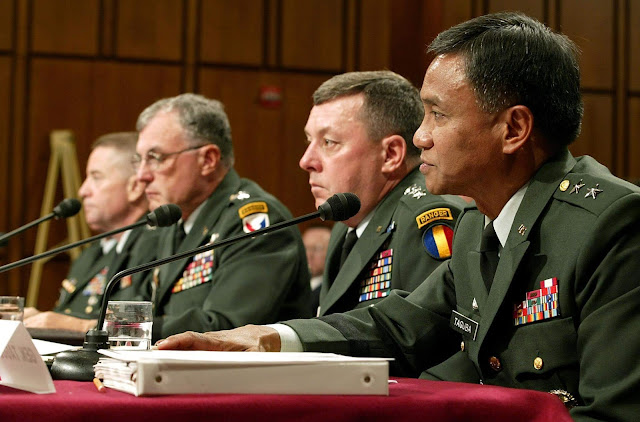 The column seemed strangely timed to coincide with a storm of recent Democratic talking points that a re-elected Trump, or even a Republican sweep of the 2022 midterms, would spell a virtual end of democracy.

From Election Day in 2020 to Inauguration Day 2021, we were told by the Left that democracy was resilient and rightly rid the nation of Trump.

The hard Left, for one of the rare times in U.S. history, was now in complete control of both houses of Congress and the presidency.

In response to these events, Joe Biden’s popularity utterly collapsed. His own cognitive challenges multiplied the unpopularity of his failed policies.

In reaction, the Left again pivoted. It suddenly announced that should it lose congressional power in 2022 or the presidency in 2024, democracy was all but doomed.

Apparently, what changed Democrats’ views was that democracy was working all too well in expressing widespread public disgust . . . with the Left.

The three retired generals shrilly write of the dangers of insurrection and coups. Yet the FBI found no such insurrection or conspiracy in the buffoonish riot on January 6.

Only serial media misinformation and lies turned a ragtag band of misfits into an existential threat to the nation.

Almost every media talking point turned out to be untrue. No Capitol police officer died at the hands of the mob. (Early reports that Officer Brian Sicknick had been beaten into a coma by protesters were incorrect. The Washington, D.C., medical examiner ruled Sicknick died the next day of a stroke.) The media all but ignored the lethal police shooting of a military veteran and unarmed petite female trespasser, for the apparent crime of trying to enter Speaker Nancy Pelosi’s office through a broken window. There were no gun-toting “insurrectionists” arrested inside the Capitol.

Another irony. The three retired generals say nothing about the Russia collusion hoax in which Obama administration officials at the Department of Justice, the FBI, and the CIA helped to seed a fake dossier — paid for by candidate Hillary Clinton’s campaign. Ex-British intelligence operative Christopher Steele’s made-up opposition research was designed first to derail Trump’s campaign, then to disable his transition and finally sabotage his presidency. All that seems rather coup-like.

In truth, coups were regularly discussed during the last four years — but only in the context of a by-any-means-necessary way of deposing Donald Trump extralegally before his term ran out.

In August 2020, two retired officers John Nagl and Paul Yingling, urged Chairman of the Joint Chiefs of Staff General Mark Milley to remove Trump from office if Milley felt it necessary after a contested election.

Both officers knew that the law forbids Milley from interfering in the chain of command, given his mere advisory role to the president.

Yet Milley himself had dangerously violated his purview at least twice. He once ordered subordinate officers to report to him first should Donald Trump consider any nuclear action against China. And Milley additionally called his Chinese communist counterpart to warn him that he would tip the Chinese off about any preemptive American strike on China.

Article 88 of the Uniform Code of Military Justice forbids even retired military officers publicly attacking or disparaging their current commander-in-chief. Yet several retired generals and admirals serially did just that during the last administration, smearing their president in every imaginable way, from being a Mussolini-like fascist to a veritable Nazi.

The officers published in the Washington Post are clueless as to why the military is now suffering its most dismal public approval ratings of the modern era — with only 45 percent of the public registering trust and confidence in their armed forces.

The nation is clearly not blaming the courageous soldiers in the enlisted ranks. But it has had enough of the Pentagon’s loud top brass who seem more interested in stirring up political divisions at home than adopting winning strategies in Afghanistan, Iraq, and Libya, or deterring China and Russia.

To restore the military’s reputation, officers should eschew politics to focus on restoring strategic deterrence and military readiness. They should keep clear of divisive domestic issues. They should stop virtue signaling to the media and influential members of Congress.

Why Is the Left Suddenly Worried About the End of Democracy? 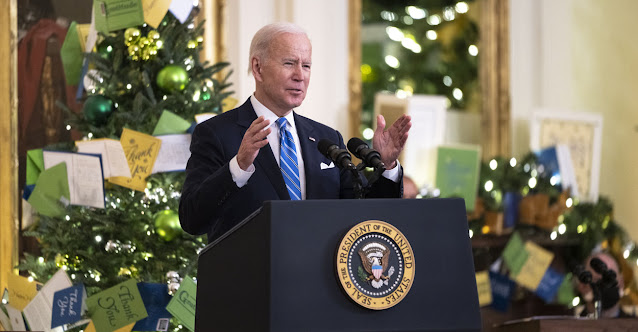 What is behind recent pessimistic appraisals of democracy's future, from Hillary Clinton, Adam Schiff, Brian Williams and other elite intellectuals, media personalities, and politicians on the Left? Some are warning about its possible erosion in 2024. Others predict democracy's downturn as early as 2022, with scary scenarios of "autocracy" and Trump "coups."

To answer that question, understand first what is not behind these shrill forecasts.

They are not worried about 2 million foreign nationals crashing the border in a single year, without vaccinations during a pandemic. Yet it seems insurrectionary for a government simply to nullify its own immigration laws.

They are not worried that some 800,000 foreign nationals, some residing illegally, will now vote in New York City elections.

They are not worried that there are formal efforts underway to dismantle the U.S. Constitution by junking the 233-year-old Electoral College or the preeminence of the states in establishing ballot laws in national elections.

They are not worried that we are witnessing an unprecedented left-wing effort to scrap the 180-year-old filibuster, the 150-year-old nine-person Supreme Court, and the 60-year tradition of 50 states, for naked political advantage.

They are not worried that the Senate this year put on trial an impeached ex-president and private citizen, without the chief justice in attendance, without a special prosecutor or witnesses, and without a formal commission report of presidential high crimes and misdemeanors.

They are not worried that the FBI, Justice Department, CIA, Hillary Clinton, and members of the Obama administration systematically sought to use U.S. government agencies to sabotage a presidential campaign, transition, and presidency, via the use of a foreign national and ex-spy Christopher Steele and his coterie of discredited Russian sources.

They are not worried that the Pentagon suddenly has lost the majority support of the American people. Top current and retired officers have flagrantly violated the chain-of-command, the Uniform Code of Military Justice, and without data or evidence have announced a hunt in the ranks for anyone suspected of "white rage" or "white supremacy."

They are not worried that in 2020, a record 64 percent of the electorate did not cast their ballots on Election Day.

Nor are they worried that the usual rejection rate in most states of non-Election Day ballots plunged - even as an unprecedented 101 million ballots were cast by mail or early voting.

And they are certainly not worried that partisan billionaires of Silicon Valley poured well over $400 million into selected precincts in swing states to "help" public agencies conduct the election.

What then is behind this new left-wing hysteria about the supposed looming end of democracy?

It is quite simple. The Left expects to lose power over the next two years - both because of the way it gained and used it, and because of its radical, top-down agendas that never had any public support.

After gaining control of both houses of Congress and the presidency - with an obsequious media and the support of Wall Street, Silicon Valley, higher education, popular culture, entertainment and professional sports - the Left has managed in just 11 months to alienate a majority of voters.

The nation has been wracked by unprecedented crime and non-enforcement of the borders. Leftist district attorneys either won't indict criminals; they let them out of jails or both.

All this bad news is on top of the Afghanistan disaster, worsening racial relations, and an enfeebled president.

Democrats are running 10 points behind the Republicans in generic polls, with the midterms less than a year away.

Less than a third of the country wants Biden to run for reelection. In many head-to-head polls, Trump now defeats Biden.

In other words, leftist elites are terrified that democracy will work too robustly.

After the Russian collusion hoax, two impeachments, the Hunter Biden laptop stories, the staged melodramas of the Kavanaugh hearings, the Jussie Smollett con, the Covington kids smear, and the Rittenhouse trial race frenzy, the people are not just worn out by leftist hysterias, but they also weary of how the Left gains power and administers it.

If Joe Biden were polling at 70 percent approval, and his policies at 60 percent, the current doomsayers would be reassuring us of the "health of the system."

They are fearful and angry not because democracy doesn't work, but because it does despite their own media and political efforts to warp it.

When a party is hijacked by radicals and uses almost any means necessary to gain and use power for agendas that few Americans support, then average voters express their disapproval.

That reality apparently terrifies an elite. It then claims any system that allows the people to vote against the Left is not people power at all.