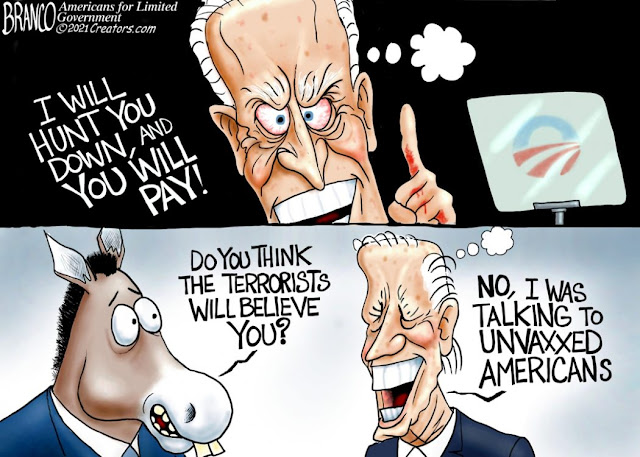 A Trafalgar poll published on Wednesday reveals that President Joe Biden has a disastrous approval rating of 36%, with the American public turning against the establishment Democrat in decisive fashion. An overwhelming 59% of American disapprove of Biden’s “leadership.”

Negative sentiment towards Biden is weighed towards strong feeling, while Biden’s meager actual approval is more weak. 18% of Americans strongly approve of Biden, whereas an equal 18% merely “approve.” In contrast, 52% of Americans “strongly disapprove” of the Biden garbage dumpster fire of a presidency, with 6.9% merely disapproving.

1,082 national respondents were surveyed in the poll, which was conducted in the last days of November. The survey has just under a 3% margin of error.

Biden’s approval among self-identifying Democrats is merely 65%, a portend that spells towards a betrayal of the elder President by his own party. It’s the custom for an incumbent President to hold overwhelming support from their own party, with former President Trump regularly polling above 90% approval from Republicans during his tenure on the presidential throne.

With such ratings, it’s not impossible that a primary challenge to the nearly 80-year old Biden will brew in the coming years. If the dismal approval ratings continue, Democrats could lose more than 60 seats in the House and lose control of the Senate in next year’s midterms- if opposition to the President translates into electoral flips, it’s not out of the question that a Republican Congress will commence impeachment proceedings of the unpopular Democrat.

Should Biden’s approval rating decline any lower, he’d potentially stand to become one of the most disliked Presidents of all time. Only George W. Bush, a president widely thought to have been the worst in the history of the United States, had polling lower than mid-30’s while in office in recent memory.