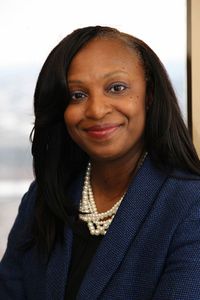 I have been reading with horror Julie Kelley’s day-to-day description of the treatment afforded some 850 people arrested in D.C. for conduct on January 6 and the awful legal representation and judicial treatment they have received.  Many have been held in horrible prison conditions for over a year, denied bail and an opportunity to have their cases heard outside this venue where the jurors will never grant them a fair trial.

None of the big law firms in town which puff up their public service donating time -- for example, to defend Guantanamo Bay detainees -- have to my knowledge volunteered to help these people. So it was a welcome surprise to see one young public defender do her job. The woman is Natasha Taylor-Smith, and for once I am proud of the legal profession in this ginned-up partisan Stalinist prosecution of mostly ordinary citizens most of whom did little more than walk through the open doors of the Capitol and leave. (Six more were just convicted of this -- ordinarily a minor trespass with no charges brought -- and will now face a potential six months in jail.)

Most of the defendants have had to rely on public defenders and most of those caved utterly in defending them. Not Natasha. Here’s her opening statement to the trial court:

The 2020 presidential election was unlike any in modern times. Regardless of what side of the aisle you stood on, there were intense thoughts and feelings about the way in which each state handled the process. For Mr. Fitzsimons, the election results of his community came as no real shock to him. No Republican candidate for President had won four Electoral College votes from Maine since 1988. But shortly after the election Mr. Fitzsimons started to hear about irregularities across the country. And not just from your typical aluminum-foil wearing hat conspiracy theorists. He was hearing these stories from mainstream media, from global elected officials, from state elected officials, from federal elected officials and from the President of the United States himself. And if the old adage “where there’s smoke there’s fire” has any credence whatsoever, Mr. Fitzsimmons felt as though he was watching a towering inferno. And so he watched intently as challenges and rallies were held across the country. And although he saw the results of each challenge fade away, he was still being pulled by these same mainstream individuals, and by the Chief Executive Officer of this nation -- that there was a plan! That plan did not include the military. It did not include violence, or guns, or weapons of any kind. All that needed to happen was for the State’s Legislatures to come together on January 6th and to object to the certification.  TO COME TOGETHER ON JANUARY 6TH AND OBJECT TO THE CERTIFICATION. They had every right to do so. And each of them had taken an oath to protect our Constitution, and that included ensuring free and fair elections. It was their responsibility. And if the Congressmen did that, and they found there to be irregularities, they would act. And if they didn’t, it would be over, and Joseph R. Biden would be sworn in as the 46th President of the United States.

That’s what this country is all about. That is what our nation is built upon.

So when Fitzsimons went to the rally in DC to support this effort, he drove down. He didn’t drive down with weapons -- although prior to January 6 he owned legal firearms and knives that were used in his employment. He also owns several serrated and long blades that he used as a butcher. He didn’t link up with any fringe groups or anti-establishment types.

He drove down -- he visited the shrine to Pope John Paul the 2nd. And on the morning of January 6th he got up early and walked over to the Ellipse. He stood in line for almost an hour to wait to get in. He stood during the speeches. And he remained the entire time the rally was going on.

He watched every speech, and yes there was some rhetoric -- but the overarching theme of that rally was that there was a legitimate and legal path for an objection to the certification and that that was happening at the Capitol. So after the speeches, Mr. Fitzsimons found his way down to the Capitol, where he saw people gathered. As he made his way up to the Capitol, you will hear what Mr. Fitzsimon heard, and you will see what Mr. Fitzsimons saw. Eventually he did find himself as part of the fray. And when he left the Capitol on January 6th, he was taken to an Area Hospital where he was bloodied, concussed, and received 8 staples to the top of his head.

In the days following January 6th, Mr. Fitzsimons never bragged about his interactions with law enforcement. He didn’t go around telling people how he tried to enter the Capitol. And he never ever advocated for further action. The election had been certified at that point. Congress had done its job. And he had travelled to DC to see just that! Congress to do their job. That’s it. Mr. Fitzsimons never attempted to actually enter the Capitol building itself, and his sole purpose for traveling from Maine to the District of Columbia was to witness and support those legislators who had already committed to objecting to the certification. Mr. Fitzsimons could not get what he wanted if he somehow stopped that process from happening.

And while there was some interaction with law enforcement, Mr. Fitzsimons never intended to injure anyone, and the evidence in this case will bear that out. And this court would say to a jury if there was one in the box, that what I have to say, or what the council has to say is not evidence – it is just arguments. So at this point I’m going to conclude my opening remarks so that this court can get to the evidence and at the end of this evidence I’m going to ask this court to find Mr. Fitzsimons not guilty.

She then proceeded on cross-examination to destroy the government's (and the Jan 6 Committee's) law enforcement witness.

It’s not just that having refused to act on the widespread Antifa and BLM rampages which burned cities, businesses, courthouses, and police cruisers, it’s not just that the sentences being handed down after inept legal representation that is so infuriating. It is that Nancy Pelosi refuses to release the full video record of what actually happened in the Capitol that day. When snippets previously kept from the public and defense are dribbled out, the picture is often far different from the prosecution’s fairy tales. For example, there’s Capitol Police Lieutenant Tarik Johnson who put on a MAGA hat and urged the Oath Keepers, whom the government has changed with stirring up violence, to help him escort out of the building police officers. Which they did.

Nor, in fact, has any action at all been taken against the Capitol police officer who shot a woman in cold blood or the other law enforcement officers who bludgeoned to death a woman who had fallen in the crush of a peaceful crowd.

Nor (without explanation) have there been any charges against Ray Epps, who is on video urging the storming of the Capitol and who warned of a bomb attack days before dud bombs were planted outside the DNC and RNC headquarters which we were to believe triggered the government response.

The bombs were of amateur construction and the FBI’s selective release of tapes of their being  planted the previous night in places the Secret Service could not possibly have overlooked adds to the suspicion that they were meant to be found at an auspicious time to divert attention from the Capitol. Adding further to the suspicion that this was part of a scheme is that the Secret Service’s text messages have “permanently disappeared.” The FBI has apparently never identified the person who planted them.

According to the FBI, the ghost never left a single fingerprint, skin cell, hair follicle, or breath droplet on anything it touched or sat on during the entire DC walking tour the FBI has captured on camera. No traces are recoverable from either of the two home-made pipe bomb devices the ghost presumably toiled over for hours building amateur-style in some basement somewhere.

For reference, in 2018, the dubbed “MAGA bomber” Cesar Sayoc, who allegedly built and mailed pipe bombs to prominent Democrats, was instantly identified from just a single trace fingerprint.

But the January 6 pipe bomb ghost never coughed, sneezed, or exhaled moisture onto any parts of any of the two devices, nor into its gloves before touching anything, or including the bag, the bombs, or the bench. There is nothing traceable from cell phone calls or text messages the pipe bomber may have interacted with, despite videos show him/her using a mobile device and being totally alone on the street for meters, with very few possible other pings nearby to narrow down the list of suspects.

Then throw in the fact that the DC FBI Field Office’s Assistant Director-In-Charge on the night of the pipe bombs was the same FBI special agent-in-charge whose agents sold pipe bomb materials to a right-wing militia just one month before the 2020 election.

The hyperbolic narrative about that day is doubtless fed by Steven D’Antuono, Assistant Director of the D.C. FBI Field Office. Does that name sound familiar? It should. he ran the FBI Field Office in Detroit where agents ran an entrapment operation -- the hoax kidnapping of Governor Gretchen Whitmer. An FBI agent there was the group’s “explosive expert”; their transportation head was an undercover agent; their head of security was an undercover FBI informant. The Detroit jury didn’t buy the FBI’s cocked-up plot then, but Wray apparently was happy with Antuono’s work and promoted him to the D.C. job and put him in charge months before January 6.

Lazy if not partisan judges, lawyers neglecting their duty, the bar which mouths fancy platitudes ignoring its special responsibility to the justice system by volunteering its services, an FBI mired in corruption, the Speaker of the House sitting on relevant, probably exonerating evidence, and one young woman alone acts for justice. Bravo!